A coordinated mix of policies does more to keep housing affordable for a significant proportion of a city's residents than the unbalanced approach we see in Sydney. 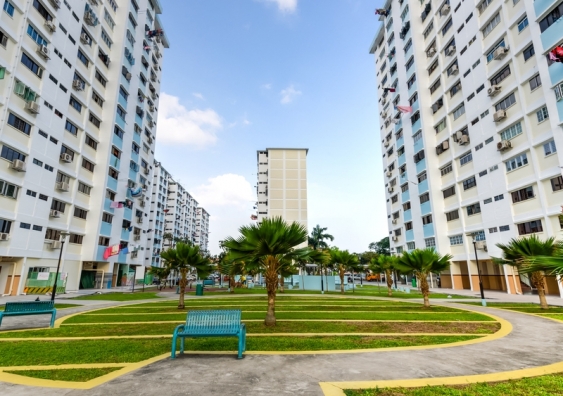 With more than 80% of Singaporeans living in state-provided housing, the city rates well for affordability compared to Sydney, where the figure is just 5.5%. Image from Shutterstock

Affordable housing is a critical problem for Australia’s biggest housing markets. Five Australian cities are in the top 25 with “severely unaffordable” housing in a 2019 Demographia survey of 91 major metropolitan markets. Sydney was ranked the third least affordable of the 91.

The average age of first-time buyers in Sydney has reached 38. And, on average, tenants spend more than 30% of their income on rent. Those who entered the Sydney market 10-15 years ago are more likely to find their housing affordable.

Cities with housing affordability issues have introduced various policy packages in response. This article compares the policies of Singapore, where housing is relatively affordable, Hong Kong (the world’s least affordable private housing market) and Sydney. Our review shows a need for coherent and coordinated housing policies – a synergistic approach that multiplies the impacts of individual policies.

Housing has direct impacts on people’s well-being. A housing market that works well may also enhance the economic productivity of a city. If not handled properly, housing affordability issues may trigger economic and political crises.

A balance of renters and owners

First, an affordable housing system needs to be about both the rental and ownership sectors.

In Singapore, public housing provided by the Housing and Development Board makes up 73% of Singapore’s total housing stock, which includes public rental and subsidised ownership. HDB flats house over 80% of Singapore’s resident population, with about 90% owning their homes. The average waiting time to get public housing is three to four years.

Public housing is also important, although to a lesser extent, in Hong Kong. In this city, 44.7% of the population live in public housing. The average waiting time is three to five years, depending on household type.

In both cities, subsidised rental and subsidised ownership are an integral part of the public housing system, which aims to improve housing affordability.

Sydney takes a very different approach. Social rental housing provides only 5.56% of housing and covers only low-income households in “priority need”. The average waiting time to get into social housing is five to ten years.

Although there are other policy measures to support home buying and rental (such as the National Rental Affordability Scheme), these are not integrated with the public housing system in Sydney. Rather, the goal of these policies is to support the private housing market.

It’s not just about housing supply

Second, housing affordability needs to be backed up by demand-side policies – i.e. policies to help tenants and owners to develop financial capacity.

Despite its heavy state intervention, Singapore’s public housing stresses the responsibility of individuals. The Housing Provident Fund is a form of forced savings for housing, retirement, health and education, among other things. It is integrated with the pension system to enhance the efficiency of savings.

Forced savings are not available in Hong Kong and Sydney for housing purposes. Since 2017 first home buyers in Australia have been able to draw on their voluntary superannuation contributions for a deposit.

Third, action on housing affordability needs to take employment and its location into account.

Ultimately, the reason people find it hard to afford housing in certain locations is because they need to achieve a work-life balance. Both Hong Kong and Singapore have developed extensive public transport systems. These offer affordable options for people to travel efficiently to and from work.

In Hong Kong, the average daily commuting time by public transport is 73 minutes. Some 21% of the residents have to travel for more than two hours a day. In Singapore, average commuting time is 84 minutes, with 25% exceeding two hours.

In Sydney, the average time is 82 minutes, but 31% take more than two hours. This means a significantly larger proportion of Sydney residents spend more time on public transport. Among the worst-affected are white-collar workers from the city’s west and southwest.

Lessons from the 3 cities

So, what we can learn from these cities’ experiences with housing affordability?

Cities take very different approaches to these issues. Each approach has its own merits and issues.

A key argument against public housing has been that it might give the tenants less incentive to save for housing. It might also not be popular with mainstream voters because of the cost to taxpayers.

Singapore’s approach seems to be a midway solution. The government plays a bigger role in providing housing, but does not waive individual responsibilities. Providing public housing and at the same time demanding individuals and employers contribute can send a strong signal: people are encouraged to join the labour force.

So far, Singapore faces the least housing affordability issues. Hong Kong and Sydney are much more liberal in their approaches to housing.

In Sydney, only the poorest benefit from the public housing system. The younger generation is struggling to get on the housing ladder.

In Hong Kong, people are forced to buy housing in the commercial market if their income is even just above the eligibility line for public housing. The severe unaffordability of private housing in Hong Kong, even for young professionals, brews social discontent.

Combining these three perspectives, Sydney’s housing, savings and public transport systems are far from well synergised to offer a competitive package of affordable housing. The 30-minute city plan prepared by the Greater Sydney Commission might improve the situation. However, similar to Hong Kong, current policies are weak in building the capacity of young people to own homes.