Opinion The Archibald: our ‘most fun’ festival of faces

The Archibald is – in essence – not an art prize but a celebration of the personalities who define Australia, and especially Sydney, writes Joanna Mendelssohn. 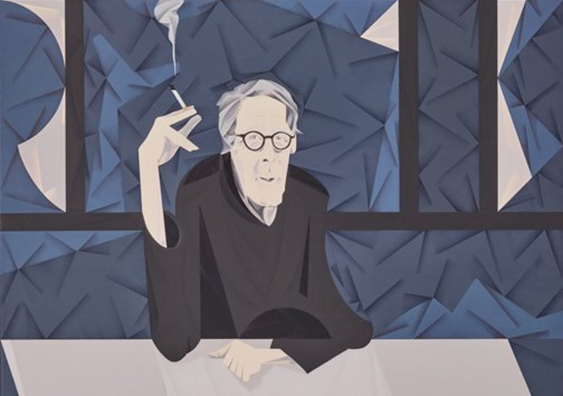 OPINION: When announcing this year’s Archibald Prize, the President of Trustees at the Art Gallery of New South Wales, Guido Belgiorno-Nettis, said that judging the annual competitions was “absolutely the most fun thing you can do as a trustee”. This year’s prize exhibitions are an indication that they are all having a lot of fun.

The guide to winning

The choice of winner for the Archibald, Nigel Milsom’s Judo House Part 6 (The White Bird) – main image – is a portrait of the showman barrister, Charles Waterstreet was widely predicted, as was the runner-up Mitch Cairns’ angular portrait of artist Peter Powditch. There were several reasons for this.

First, the Archibald is – in essence – not an art prize but a celebration of the personalities who define Australia, and especially Sydney. Waterstreet, the flamboyant inspiration for the ABC television series Rake, has to be a front runner on those grounds alone.

In addition, Milsom was the winner of the 2013 Moran Prize– and a convicted criminal – all of which makes good copy. The Archibald is, above all things, about media coverage.

The other guide to the winner comes from the hanging. In the 1950s and 60s the Gallery director, Hal Missingham, used to write the telegrams for the winner before the judging. The Trustees were furious with him, but he had their measure.

For the 33 years of Edmund Capon’s directorship it became very easy to work out which work was most likely to win. For well over a week before the final judging, the winner would be hanging in the central court on one of the long walls – either opposite where the announcement would be made, or adjacent to it.

The Director always chose the location.

Under the terms of JF Archibald’s will, the prize must be judged by the Trustees. Since the rise of curators and professional gallery directors, only a few trustees are artists, but the current crop include some extremely knowledgeable collectors and art patrons.

The lighter and livelier exhibition is a reflection of their broad understanding that the Archibald exists to celebrate portraiture and people, not to elevate the status of the artists.

For me, the most impressive painting that was hung in the “winning room” this year is still Kerry McInnis’s Omar Musa, the poetry of unease – a muted study of one of this coming generation’s most interesting writers.

One of the unspoken rules for hanging the Archibald, and the reason for the primacy of the central room, is the need to create a space for television cameras to film from a relative distance before zooming on the detail, the artist and the subject.

Just outside the favoured room the curator has installed what is probably the most unusual painting to enter the Archibald.

Paul Ryan has previously been exhibited, but this year’s Thirteen Noahs easily outdoes his previous efforts.

It is a compilation of paintings of the character actor Noah Taylor, based on different images, some distorted, each superimposed on discarded artworks – including a tapestry and ping pong bats. Taylor has inserted himself in such a wide range of characters on film and television that it makes sense for him to appear as a part of the scenery with kitsch naked ladies, landscapes and a dog. It might not have been awarded the prize, but it is easily the most exciting work in the show.

The dead and the famous

There are sub-themes in the exhibition.

Two portraits of the recently dead could not provide a greater contrast.

John Beard has painted Bill Wright, the much loved curator, director and artist as pale ghost seen through a veil of striped primary colours. It is a celebration of his life and his values.

Peter Churcher has painted his mother, Betty Churcher, on her deathbed as a slack jawed empty shell with just a flicker of life in one eye. I can understand the impulse that led the artist to paint her as she faded from life, but this work needs a more sensitive context than the boisterous Archibald.

More than almost anyone I knew, Betty Churcher was very conscious of her public image.

In her last interview with Leigh Sales she went to an enormous effort to look immaculate, because she was speaking to her legacy.

Another surprising disappointment is Shaun Gladwell’s monochrome portrait of Mark Donaldson VC, where a skull crashes onto the subject’s helmeted head.

Gladwell’s style here is deliberately reminiscent of action hero comic books, and it does not quite work in this context.

Tianli Zu also uses monochrome (plus a burst of lurid green shoes) for his portrait of Edmund Capon, “Edmund, your Twomblys are behind you”, a reference to Capon’s most distinguished acquisition for the Gallery’s collection.

He has chosen to give the former director an especially gnarled face, which contrasts with the stylishly painted building.

2015 Archibald Prize finalist Tianli Zu - Edmund, your Twomblys are behind you, acrylic on linen.© the artist - photograph courtesy of © AGNSW, Mim Sterling

If it were dependant on subject matter, the clear winners would have been portraits of artists and people working in the arts.

Filippa Buttitta has painted the much loved Judy Cassab while Tom Carment has a self portrait of his own ageing face.

Rodney Pople, an Archibald regular, has painted Frannie Hopkirk, Brett Whiteley’s sister looking bug-eyed, while former National Portrait Gallery director Andrew Sayers has a portrait of Tim Bonyhady but manages to give him an expression that looks a bit like Sayers himself.

Perhaps the selection of so many people from the arts is a retreat from the current abysmal state of Australian politics – the only politicians included are those mad mavericks, Bob Katter and Cory Bernardi – neither with works that are especially memorable.

There is a sign of a better world with Sally Ross’s very sweet portrait of documentary film maker Eva Orner, which hangs adjacent to Guy Morgan’s portrait of Louise Voigt, the CEO of Barnardo’s Australia.

The Wynne Prize, also judged by the Trustees, is often overlooked in the annual festival of faces. Mostly that neglect is justified, but this year the Trustees have reached out and given the prize to a young Melbourne artist Natasha Bieniek.

I get the impression that, having done their duty by the public and paid homage to the sheer exuberant sensationalism of the Archibald, the Trustees have collectively released their inner aesthete and indulged in supporting both quality and the coming generation. As Guido Belgiorno-Nettis says, judging these prizes is “absolutely the most fun thing”.

The 2018 Archibald, Sulman and Wynne prizes show a changing of the guard