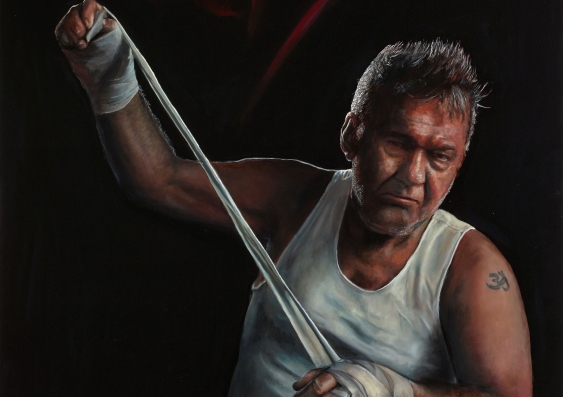 A detail from Jamie Preisz's portrait of Jimmy Barnes, which has won the Packing Room Prize. Image: Supplied

UNSW alumnus Jamie Preisz has won the Packing Room Prize in this year’s Archibald competition for his portrait of rocker Jimmy Barnes.

He said he was inspired to paint Barnes because he was not just a rock musician but a part of the cultural fabric of Australia. Preisz was also moved by the former Cold Chisel frontman’s memoirs.

“Jimmy has never been afraid to stand up and fight; he’s fought for his career, his family and even his life,” said Preisz of his decision to paint Barnes strapping his hands like a boxer.

“His dad, Jim Swan, was a prize-fighter in Glasgow and that formed part of my inspiration to depict him as a boxer.”

Preisz, who spent his early career immersed in murals and spray painting, dedicated the work to his sister, Bella, who recently took her own life.

“After losing my sister to suicide, I was touched deeply when I saw an interview with Jimmy speaking about his own suicide attempt. To me, he was fighting against the stigma of mental health issues by speaking so publicly about his own struggles, especially to generations of men who don’t feel that having emotional intelligence is a masculine quality,” he says. 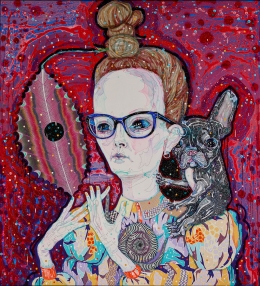 The Packing Room Prize, chosen by packing room staff at the Art Gallery of NSW, is worth $1500 but is regarded as something of a mixed blessing as no winner has ever gone on to win the Archibald.

Ten other UNSW Art & Design alumni are among this year’s 58 Archibald finalists: two-time winner Del Kathryn Barton with a self-portrait (pictured left); Joanna Braithwaite, for her portrait of businessman, art collector and philanthropist Pat Corrigan; Tony Costa, for his portrait of Claudia Chan Shaw; Yvonne East, with an arresting portrait of High Court Chief Justice Susan Kiefel; Mathew Lynn, with NSW Premier Gladys Berejiklian; Stephanie Monteith, for a self-portrait titled The letter – I really wanted to paint Germaine Greer, but she said 'no'; Tom Polo, with a fluorescent yellow portrait of artist and fellow Art & Design graduate Joan Ross; Loribelle Spirovski, for a portrait of actor Nicholas Hope; Vanessa Stockard, for her self-portrait; and Noel Thurgate, for his portrait of friend and artist Elisabeth Cummings.

Art & Design alumnus Abdul Abdullah is the subject of Jonathan Dalton’s painting Abdul. Works from Abdullah’s Wedding series (2017), which depict balaclava-wearing figures in strangely lit tableaux, are part of the exhibition Enough خلاص Khalas, which is at the UNSW Galleries in Paddington from 4 May.

Winners of the Archibald, Wynn and Sulman prizes will be announced at the Art Gallery of NSW next Friday, 11 May. 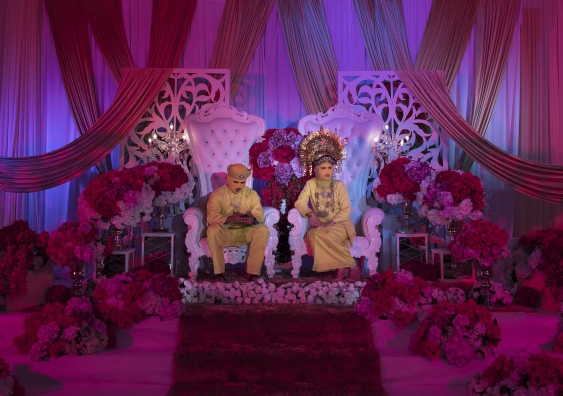 Delegated Risk Management, by Abdul Abdullah, is part of the Khalas exhibition at UNSW Galleries. Photo: Courtesy of the artist and Lisa Fehily Contemporary Art, Melbourne