It is some years since such a classical work as Yvette Coppersmith's has won the Archibald. Hers is a most intelligent self-portrait in the very mannered style of George Lambert’s work. 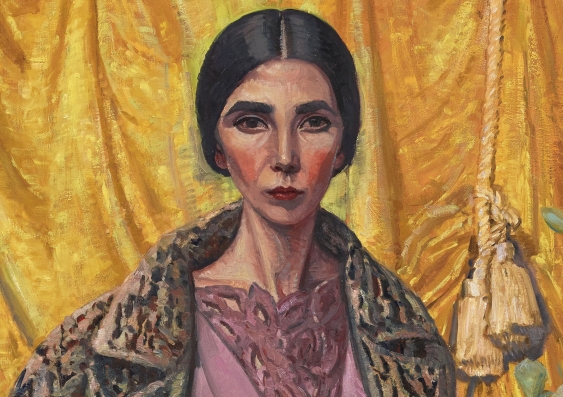 When JF Archibald first devised the Archibald Prize in the early 20th century, he was most concerned that many of the most talented Australian artists were leaving the country to find fame and fortune in Europe. He wished them to return.

One of these was the young George Lambert, awarded the first Society of Artists Travelling Art Scholarship in 1900. Lambert was one of many formerly expatriate Australian portrait painters to return and eventually win the prize. 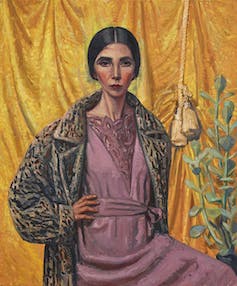 It seems appropriate that this year’s winner, Yvette Coppersmith, has won with a most intelligent self-portrait in the very mannered style of George Lambert’s portraits. She has painted herself as a very angular figure, staring directly at the viewer, but the emphasis is on the formal placement of shape, colour, tone and texture.

It is some years since such a classical work has won. She has harmonised the textured gold curtain in the background and her purple vintage dress, creating an asymmetrical balance with the plant to one side.

There is another nod to history with this painting. When the prize was announced, Coppersmith indicated she was channelling her inner Jacinda Ardern when both painting and dressing for the announcement. She had initially asked to paint Ardern, the Prime Minister of New Zealand. “Ardern wasn’t available but I thought I might channel something of her in my self-portrait,” she said. Ardern, she said, “expands what an image of a young woman can signify”.

With her dark, straight hair pulled back from her face, wearing a simple elegant maroon dress, Coppersmith looked very Ardern-like at the announcement. Archibald, who lived through the Federation debate, framed his prize for artists resident in Australasia, not Australia. A portrait of the New Zealand Prime Minister would therefore indeed be eligible. 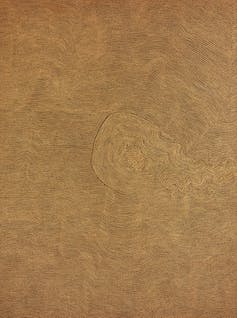 This year’s prizes were announced in the central court, which is where the Wynne entries are hung. This is appropriate as while the Archibald is social history made visible, the Wynne Prize entries are on the whole much more interesting as works of art. They are yet again dominated by Aboriginal artists, especially those from the APY lands.

This year, in recognition of the importance of Aboriginal art to Australia’s landscape tradition, there is a new prize, The Roberts Family Aboriginal and Torres Strait Islander Prize, donated by the family of Andrew Roberts, one of the Gallery trustees. This has been awarded to Wawiriya Burton for her Ngayuku ngura (my country).

The main Wynne Prize has also been awarded to an Aboriginal artist, Yukultji Napangati from Western Australia. It is an intensely intricate meditative painting, associated with Yunala, a rock hole and soakage water, among sandhills. 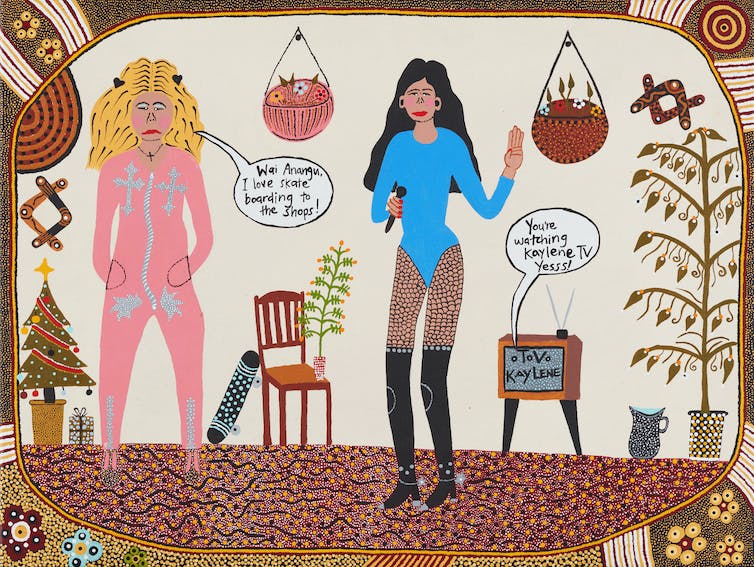 Kaylene Whiskey, awarded the Sulman Prize, is also an Aboriginal artist. Her painting, Kaylene TV, reflects her passion for pop culture, for Cher and Dolly Parton singing and dancing as though they have emerged from the television set in the corner.

In her artists’ statement she said “Kaylene TV is playing some good songs like Rage”. It’s a work that celebrates international popular culture, while placing its icons on a ground of mingkulpa and traditional iconography.