​A historic church in Elizabeth Bay near Sydney’s Kings Cross has been given new life by UNSW Master of Architecture students aiming to build engaged and resilient communities. 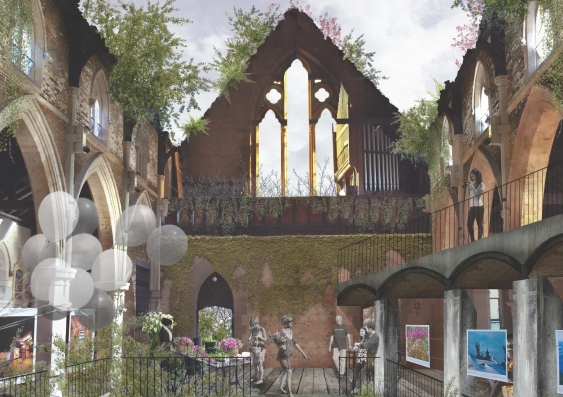 A historic church in Elizabeth Bay, near Sydney’s Kings Cross, has been given new life by UNSW Master of Architecture students whose focus is to build engaged and resilient communities.

Nineteen final-year Master of Architecture students spent one day a week for eight months in an onsite studio at St Canice’s church developing designs that could become part of the parish’s final redevelopment.

The church and parish, established in 1889, is a Kings Cross icon. St Canice’s has a strong history of social justice work, operating a soup kitchen that provides daily meals to the local homeless community, and housing a refugee centre and asylum seeker accommodation.

The Social Agency stream of the Masters focuses on designing buildings in a humanitarian context, including issues of social displacement and alienation, to create architecture that assists communities. It is one of four distinctive specialisations in UNSW Built Environment’s Architecture PLUS  program.

The question we’re asking is, ‘what does it take to be relevant as an architect in the next 20 or 30 years?'

Students in the St Canice’s studio were asked to consider ways to ensure a more friendly and equitable future for the parish, while exploring the role the built environment might play in a time of rapid urban change in Sydney.

“The parish is located in a fast-changing area of Sydney that is still home to some of the most vulnerable people in the city,” he said.

“Many displaced people and refugees are living in cities which possess huge wealth and opportunity, but are also home to hundreds of millions of people trapped in poverty, marginalisation and social exclusion.” 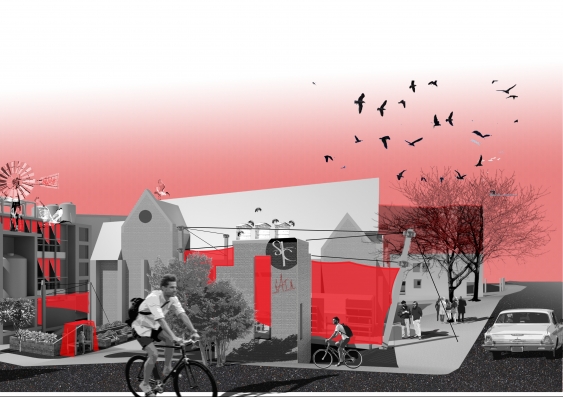 Professor Sanderson said he hoped the Social Agency program would help architects think about how to serve greater social needs.

“The question we’re asking is, ‘what does it take to be relevant as an architect in the next 20 or 30 years?,” he said.

Graduate architect and trained builder Tim Smith said his design for the site, which includes a residential building for up to 40 people with shared living spaces, aimed to acknowledge the area’s Indigenous history, as well as the hundreds of homeless people who have been assisted by St Canice’s.

“In Sydney, architecture tends to be about building luxury homes, but what I learnt through the course is that architecture should be less about the building and more about creating a community around that building. I think that’s something that isn’t taught in architecture degrees as much as it should be.

“The program has opened up a whole new world to me – I’ve met great people and have continued volunteering in the soup kitchen. It’s been an incredible experience.”

Smith said he used the colour red in his designs because it reminded him of the nearby Kings Cross Coca-Cola sign, “a bright and potent sign that’s intrinsically linked with the district.” 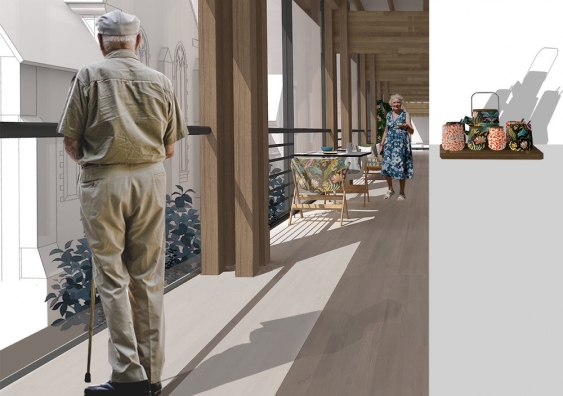 “I designed a food co-op to complement St Canice’s existing soup kitchen. The idea is for fruit and vegetables to be grown on site and shared, while educating people about the waste of usable food products.”

Peddie said the program taught her the importance of community involvement in public projects.

“If the community feels a sense of attachment and pride in the design, a building has a better chance to cater to their needs and grow with them.”

Sue Wittenoom is a St Canice Parish Council member and is part of the working group looking at the new masterplan for the site.

She said the parish was “profoundly grateful” to the students for their work.

“They watched and listened; helped out in the kitchen, came to Mass, and then shared their ideas in open sessions throughout the year,” she said.

“The students have given us 19 different future scenarios to explore – some provocative, some radical, some truly lyrical and poetic. We now have the challenge of distilling their insight into a way forward.”

An exhibition of the students’ designs, What Does the Future Hold for the Modern Church? is on display at St Canice’s Hall, 28 Roslyn Street, Elizabeth Bay, until the end of  March.