Opinion Are we seeing a new dawn for affordable housing? 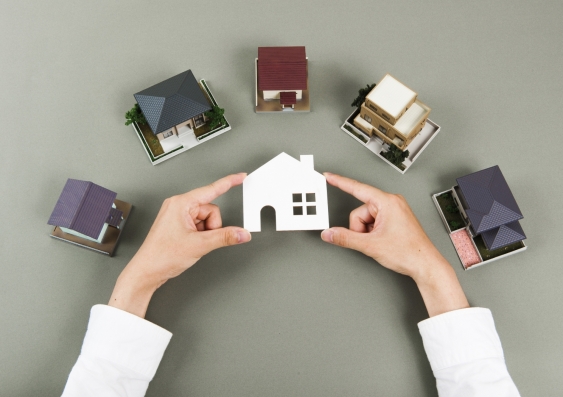 OPINION: Potentially trailblazing plans for state-assisted financing of affordable housing are emerging in New South Wales. In what looks to be a landmark policy announcement with possible national ramifications, the NSW government last week outlined the first phase of Premier Mike Baird’s March 2015 election commitment to establish a A$1 billion fund for social and affordable housing.

But for the short-lived GFC housing stimulus, this is the first significant rental housing supply subsidy in Australia since the 2008 National Rental Affordability Scheme (NRAS).

While full details are yet to be disclosed, it appears the Social and Affordable Housing Fund (SAHF) will be something like a “future fund” or endowment scheme. Government will invest a capital sum in revenue-generating assets. The resulting returns will underpin annual payments to approved consortia over 25-year terms.

This ongoing subsidy will help community housing providers bridge the gap between rental revenue and operating costs. Most importantly, it includes repayment of construction debt raised from private financial institutions such as banks and super funds. Perhaps in awareness of research evidence on ways to minimise the cost to taxpayers of private finance for affordable housing, officials acknowledged the possibility of a government guarantee or other credit support on loans to consortia.

In principle this is quite a big deal. The more familiar policymaking style involves one-off or pilot initiatives. The SAHF is presented as an ongoing budget commitment to state-supported social and affordable housing growth, with phases two, three and four of the program signalled at the launch.

Second, as the name implies, SAHF is centred on “social” housing: it has a 70% minimum social housing requirement. Unlike schemes such as the NRAS, most of the homes will be financed to allow rents set at levels manageable for very low-income groups rather than affordable only to moderate-income earners.

In the post-GFC world this is highly unusual. For example, only in Scotland does a significant UK social housing investment program remain intact.

Third, and most important, the fund’s creation reflects a long-overdue official recognition that, left to itself, the market does not and cannot provide decent housing that low-income groups can afford.

While potentially important in principle, the SAHF is decidedly modest in practice, at least in its initial phase. The statewide target – implicitly to be achieved over several years – is for just 3,000 homes. This will barely scratch, let alone seriously dent, the backlog of 60,000 applicants marooned on the NSW public housing waiting list.

And that’s before you even consider the tens of thousands of unregistered low-income private tenants pushed into poverty by high rents across the state. In Sydney alone, 94,000 families and single people were in this position in 2011. Many if not most will be additional to those on the public housing list.

Nevertheless, there’s a lot to like in the NSW government’s approach. It puts non-profit community housing providers (CHPs), which have a strong track record of high-quality tenancy management, front and centre. Registered CHPs will manage all SAHF housing.

The scheme offers a long-term (up to 25 years) operating subsidy that can be matched to a private financing deal. This gives private investors like super funds the certainty they need. “We’ve listened and we’ve read the reports on that,” officials said.

And it recognises the cost to social landlords of co-ordinating services for tenants who have support needs: the operating subsidy will include a component for this. The 2010 Henry review of taxation recommended this.

Limits to affordable land must be overcome

Having access to land at an affordable price is fundamental to successful affordable housing strategies. Phase one of the SAHF relies on unlocking land to develop social housing owned by churches, NGOs and other philanthropic sources. This is a finite strategy and we query whether well-located sites for 3,000 dwellings will be forthcoming? What then?

The state government has the two-part answer in its power. First, it must require all medium- and large-scale residential projects to include a reasonable component of affordable housing. For Sydney, we suggest a city-wide target in the region of 15-25%.

There is a once-in-a-generation opportunity right now in Sydney to do this as large-scale redevelopment plans unfold along transport corridors, in precincts and renewal areas. Once developers have bought up that land it will be too late. They need to be able to factor into their feasibility plans the cost of providing the affordable housing, and thereby reduce the price they offer for sites.

Second, state and local government-owned land made available for affordable housing (for example, public housing estates slated for renewal, surplus government sites and air spaces above public sites) must be priced at a level that affordable housing developers can afford to pay to keep their costs (and therefore the government operating subsidy exposure) to a minimum.

Only by linking its financing strategy with favourable pricing of state land offers and planning policy changes will the SAHF be scalable and durable – offering potential to reduce the unacceptably high levels of unmet housing need.

Premier Baird is expected to announce further details of the fund early in the new year. With worsening affordable housing shortages around the country, it must be hoped that the prime minister, his treasurer and his cities minister, as well as premiers and treasurers across Australia, will tune in to learn more on this constructive initiative.

Hal Pawson is a Professor of Housing Research and Policy in UNSW's City Futures Research Centre.