Opinion Art for innovation's sake? Lessons from our Canadian cousin 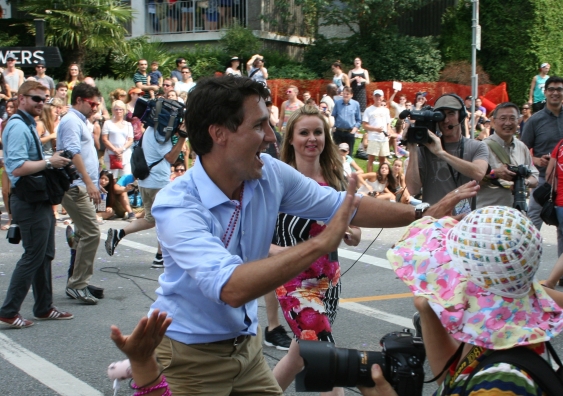 OPINION: While the notion of “art for art’s sake” has been both romanticized and derided across the ages, OECD countries do not support the arts and the creative industries in a manner that would let most artists pursue their creative aspirations on a full-time basis.

This adversity means that many creative minds turn away from their artistic callings for fear of destitution. But society collectively loses out when there is a lack of avenues for artistic expression.

Even while setting aside the philosophical case for investing in a vibrant artistic sector, and looking at the problem from a philistine economist’s perspective, the underinvestment in the arts and creative industries is worrying because the contribution of these industries to both GDP and employment is both significant and growing every year.

Yet funding in Australia for artistic endeavours is generally heading in the wrong direction, with wanton cuts across various key institutions that foster the arts and creative enterprise.

In contrast, Canada, a country with a similar demographic and economic profile to Australia, has promised to earmark significant investment in the arts and creative industries in the coming fiscal years. Led by the progressive government of Prime Minister Justin Trudeau, Canada may offer an important lesson to us in terms of according resources to tap into the creative capital of a society.

After a decade of severe spending cuts in the arts by the former conservative government of Stephen Harper that were harshly criticized by the creative industries, Justin Trudeau’s government is bringing a sense of renewed vitality to the artistic sector.

In the most recent Canadian budget, Trudeau laid out impressive plans to invest more than $380 million in the nation’s cultural and creative industries.There are numerous facets to this comprehensive funding program, but three components are of particular note to the Australian context.

First, the Canadian Broadcasting Corporation will receive $150 million over two years – contrast this with our ABC funding cuts.

Second, the Canada Council for the Arts’ budget grows by $180 million over five years, including a $40 million increase this year – in contrast to the Australian Council funding cuts.

PM Trudeau has used important venues such as World Economic Forum to highlight the need for creativity and diversity as future levers of Canadian growth, and has incorporated the creative sectors into this innovation push.

This favourable approach towards the arts also allows for more robust engagements created along the lines of public-private partnerships, which are known to produce strong positive returns both in corporate and social terms. A decade ago, the corporate proportion of arts funding in Canada was roughly 20%, but a stronger public-side commitment such as PM Trudeau’s will help to draw in greater private interest.

As a result, it is expected that the long-term funding plans for the arts will help to bolster the opportunities for artists in Canada, who like Australia, live at the destitute margins of society, with more than half subsisting on less than $18,000/year.

The American novelist William Lee once opined: “Artists, to my mind, are the real architects of change, and not the political legislators who implement change after the fact. ” Yet Prime Minister Trudeau’s legislative initiative to bolster the creative industries just might turn that sort of thinking on its head.

Also, does it hurt that PM Trudeau is himself something of an artist? An ink and watercolour drawing by Trudeau went to auction earlier this year. Not surprisingly, given his vocal commitment to universal human dignity, it is a rendering of the beautiful avant-garde building that houses the Museum of Human Rights in Winnipeg, Canada.

Usman W. Chohan is a doctoral candidate investigating policy reform and economics at UNSW. This article was originally published on The Conversation.

When ‘innovation’ fails to fix our finances