An enduring and transparent program of federal funding for operational expenses is essential to sustain the social housing system, write Chris Martin and Hal Pawson. 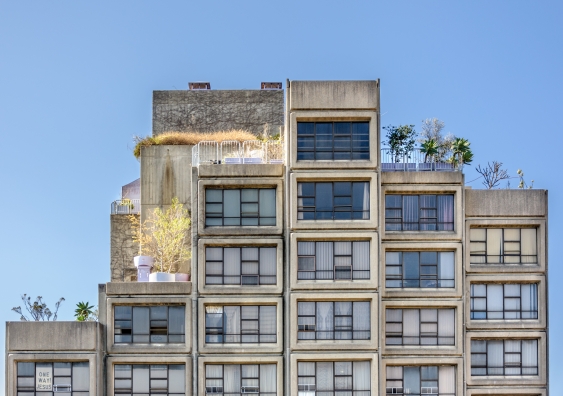 OPINION: Federal government ministers have cast a cloud over funding for social housing and homelessness services, leading to speculation that the National Affordable Housing Agreement (NAHA) may not survive the 2017 budget.

Treasurer Scott Morrison and Assistant Treasurer Michael Sukkar point to the recent Report on Government Services, which shows the number of public housing properties has fallen, as evidence of the NAHA’s “abject failure”. Sukkar said:

We believe it’s crucial that every dollar of spending on affordable housing programs increases the number and availability of public and social housing stock. Clearly, this objective has not been met.

It should be no surprise that Australia’s social housing has been largely static for 20 years. Everything we know about the system tells us it is not funded to even cover the costs of its ongoing operation, let alone growth to meet the needs of an expanding population. Aside from a one-off boost under the 2009 federal economic stimulus plan, social housing has been on a starvation ration for decades.

The whole system system is effectively being run at a loss. So, from the perspective of state governments, building a new public housing dwelling is just one more way of losing money.

The federal government has also long lamented the lack of transparency about how states and territories spend their NAHA funds – about AS$1.5 billion a year. And there are glaring gaps in the evidence about the operations and performance of public housing authorities.

In failing to act on a 2009 commitment to modernise and enhance the Report on Government Services metrics, the states and territories have placed themselves in a weak position to rebut claims of ineffective financial management.

That said, everyone who has any contact with the public housing system knows it to be grossly underfunded. One-off studies occasionally illuminate the scale of the issue. For example, a 2013 New South Wales Audit Office report found a $600 million annual operating deficit for that state’s public housing. But no-one can easily quantify the extent of the problem using routinely published data.

A snapshot of social housing in Australia

Around 320,000 of Australia’s approximately 428,000 social housing dwellings remain under public housing authority control. This stock was amassed through a long series of funding agreements between federal and state and territory governments. These were known as the Commonwealth-State Housing Agreements until their 2009 NAHA rebranding.

From the first Commonwealth-State Housing Agreement in 1945, the basic arrangement was that the federal government would lend funds to state housing authorities to build houses. The states would cover the ongoing costs from the rents paid by working-class tenants.

And, at least to begin with, the housing authorities did build. They made a significant contribution to housing supply, amounting to roughly one in six houses built between 1945 and 1965.

From the early 1970s, the housing authorities were directed, justifiably, to provide more housing to low-income households unable to pay full “market” rents. However, their capital funding also went into a long decline. With the exception of a brief period in the mid-1980s, housing authorities never again built at their earlier rate.

A number of interlocking problems set in. Social housing’s declining share of the housing stock became more tightly rationed to the lowest-income households. This eroded the system’s rent base. At the same time, its ageing buildings and households with greater support needs increased its costs.

Various attempts to improve the situation have been made. The 1989 Commonwealth-State Housing Agreement switched federal funding from loans to grants; the 1996 agreement allowed federal funds to be spent on recurrent expenses. In the early 2000s, rebates on social housing rents were reduced, slightly increasing revenue.

Modest amounts of public housing have also been transferred into the hands of not-for-profit community housing providers. Partly, this is to take advantage of the eligibility of community housing tenants for Commonwealth Rent Assistance. But although this often enables these providers to run a small operational surplus, it isn’t enough to fund stock replacement or any significant expansion.

Meanwhile, the overall stock has been eaten away, through market sales of public housing, and run down, through skimping on repairs and maintenance. Both are unsustainable strategies.

Running a system without good data

If the broad outlines of the problem are clear, there are major deficiencies in the data as to the details. The Hall and Berry analysis is now dated. There is no current evidence base that shows transparently and consistently what the social housing system in each state and territory costs, and how these costs are met.

For example, the Report on Government Services purports to show the “net recurrent cost per dwelling” for each state and territory. But this does not differentiate between distinct expenditure components such as management and maintenance.

Our 2015 research found that this metric was a “black box”, subject to implausibly large variations across jurisdictions. These reflected the vagaries of departmental restructures, rather than a sound accounting of social housing operations.

There is little doubt that all public housing authorities are now in deficit. However, the Report on Government Services provides no data on the relative scale of these funding shortfalls. Nor do governments routinely reveal the scale of system costs still met by tenants’ rents, nor through stock sales.

What should a rebooted NAHA do?

Although the NAHA does it inadequately, an enduring program of federal funding for operational expenses is essential to sustain the social housing system. Such funding cannot be “replaced”, as Morrison has suggested, by a government-backed aggregated bond financing model.

The bond aggregator model depends on social housing providers having a durable subsidy from government that pays the difference between their ongoing costs and the revenue from rent that low-income tenants can afford.

Instead, NAHA should be rebooted to deliver three things:

Many in the social housing world would agree the NAHA framework is far from transparent and that there is no certainty that NAHA money is optimally spent. But a ministerial focus on these issues while ignoring the system’s chronic underfunding smacks of re-arranging deckchairs.

Rather than scrapping the NAHA, the system should be rebooted, to properly fund both the growth and ongoing operations of social housing. This must be done on the basis of clear targets for the level of need to be met and the reasonable costs of providing the service.