Opinion Beyond the icon: despite a construction boom, Australian skyscraper design needs to evolve 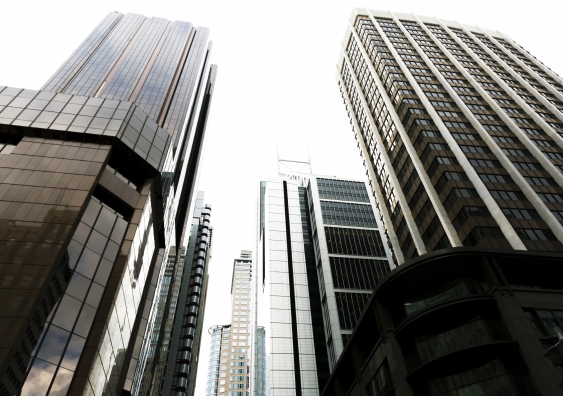 OPINION: The competition to be the city with Australia’s “tallest skyline” is in full swing. But too many towers are rejecting local climate and context in an attempt to dominate skylines.

As a high-rise apartment boom sweeps Australia, concern is growing that the proliferation of skyscrapers will be to the detriment of cities.

To overcome this, we need to move away from thinking about the skyscraper as an “icon”. Instead, we should be asking how the tall building – which will always “stand out” – can also “fit in” to cities.

Australia is home to around 325 towers of 100 metres or taller in height (approximately 30 storeys and above). Most are located in Sydney or Melbourne.

Around 272 additional towers are either under construction or proposed in Australia. Melbourne, in particular, seems to be embracing the skyscraper. It has 111 new towers in the pipeline, more than double that of Sydney.

Such numbers may seem dramatic. But they reflect a greater international trend in high-rise construction.

China is without doubt the centre of this construction boom. Research suggests it will build between 20,000 and 50,000 skyscrapers over the next 20 years to accommodate 350 million new urban dwellers. Shanghai already has 1,510 towers taller than 30 storeys – almost five times as many as Australia.

Few places are escaping this trend. London has 175 skyscrapers of 30 storeys or taller in the pipeline. This has led some to worry the city will turn into “a bad version of Dubai or Shanghai”.

Switzerland – known better for its timber chalets than crystalline towers – intends to build between 140 and 160 new high-rises.

Economics certainly plays a role in driving this trend. The skyscraper has long been known as the “machine that makes the land pay”. With the increasing cost of inner-city land, building up is a sure-fire way to increase developers’ potential profits.

Then there is the huge level of urbanisation in the developing world. Rural-to-urban migration is driving a huge demand for new housing. Add to this the growing popularity of city-centre living. The suburbs are failing to compete with the vibrancy and culture the city has to offer.

Finally, towers are being used as part of global or regional competitions to demonstrate a city’s or company’s identity and success. As far back as the 12th century, rich families in Bologna built increasingly tall towers as status symbols for their wealth and power, displaying their dominance over their rivals.

Little has changed. Rival casinos plan competing towers either side of Sydney’s Darling Harbour, acting as urban “trophies” at a city scale. But surely our towers should be more than just trophies?

One of the main challenges that separates low-rise from high-rise buildings is the scale of their impact on the city.

Shorter buildings will often only have an impact on their immediate surroundings, perhaps a few hundred metres beyond their boundaries at a maximum. A skyscraper, however, will likely be experienced both visually and environmentally across a city for several kilometres. A tower’s shadow can stretch for hectares.

Historic city views and panoramas can be altered forever. Reports of hundreds of new skyscrapers bring to mind canyonesque streets, hemmed in by concrete blocks that plunge parks and public realm into darkness. However, this doesn’t have to be the case.

Rather than using dramatic shape and form in skyscraper design to create icons, Chicago architect Jeanne Gang’s Solar Carve Tower in New York, for example, is carved and chamfered to allow light to penetrate onto the public High Line below. A similar generosity of design would not go amiss in most new towers.

Too many of Australia’s tallest towers say very little about the context within which they sit or the climate in which they perform. This is not unique to Australia.

The rise of generic glass towers on skylines globally has led to concern that cities are becoming homogenised by cookie-cutter tower blocks. In doing so, they are losing some of the qualities that make these cityscapes unique.

Worse still, the use of seemingly never-ending glazing on tower blocks is environmentally criminal in most Australian climates.

There’s little point in building up if we don’t celebrate the million-dollar view height provides. But does this really mean wrapping every inch of towers in floor-to-ceiling glass?

A more contextual response would be to learn to balance view with appropriate shade and solidity in tall building facades, developing designs that respond to local climate and sunpath. Such an approach could breed a new generation of sustainable Australian towers, uniquely linked to one of a city’s strongest determinants – its climate.

While skylines get all the headlines, it is at the ground level where skyscraper design perhaps needs greatest improvement.

Residential towers can offer little more than gleaming glass real estate in the sky, most of which is inaccessible (literally and often financially) to many city residents. Given that upper floors are out of bounds, the ground floor becomes the key place where the public can interact with the building.

The problem is the ground-floor realm often only accommodates access for parking and private lobby space. Since most residential towers are single-function, they lack the vibrancy and activities that mixed-use buildings with cafes, restaurants and work spaces offer. This means any public spaces that are created can be empty during the day when residents are at work.

But it doesn’t have to be this way. Building up and creating higher densities can (in theory at least) free up greater space for the public at ground. What’s more, it can free up higher spaces, more dramatic and exciting spaces that would be unviable in low-rise schemes.

It can be difficult to argue that the skyscraper is not a selfish typology – absorbing resources, light and airspace from the city. But it can be a generous one too – perhaps most generous of all by providing higher densities and thus more compact cities, reducing suburban spread.

But our next generation of residential towers need to do more than simply generate higher densities. Key to this is moving away from treating towers as mere icons and instead creating high-rise architecture that responds to each city’s unique climate, culture and context.

Curious Kids: what's the tallest skyscraper it's possible to build?