Opinion Beyond the inquiry: some notes on effective strategy to free the arts

The capricious nature of this government’s approach to arts funding promises rich pickings for some, writes Joanna Mendelssohn. 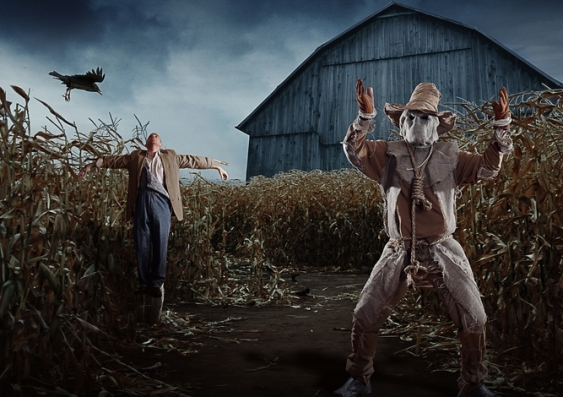 OPINION: We have, it seems, some movement. Yesterday we learned the Australian Senate – through Labor and the Greens – has passed a motion in favour of an inquiry into George Brandis’s controversial plans, announced in the budget, to shift A$104.7 million from the Australia Council, already facing an “efficiency dividend” of A$7.2 million, to create a yet-to-materialise National Programme for Excellence in the Arts.

This “redirection” (which amounts to 27.7% of the total arts budget) will not affect the nation’s 28 major arts organisations, whose funding remains ringfenced. But it will affect, hugely, independent artists and those working in the “small to medium” sector. If that terminology sounds a little abstract, Crikey has compiled a list of 145 companies under immediate funding threat.

Equally, and importantly, the redirection flies against the arms-length principle that has been integral to arts funding in this country since the 1960s.

News of the inquiry will be welcomed by many. Tomorrow, representatives of some of the organisations most affected by the Brandis vivisection of the arts will descend on Parliament in an attempt to lobby politicians and others of influence in the hope that they see what is at stake.

As outlined by ArtsHub and Daily Review, the group – comprising 60 arts industry leaders – has had some success in getting interviews with opposition members, including the Greens, but so far no government minister, least of all, the person responsible for the changes, Senator Brandis.

The strategy of a blitzkrieg on the Houses of Parliament is well known to industry lobbyists. But one of the problems with this kind of lobbying, especially in the face of the kind of cultural narrow-mindedness that appears to characterise the current arts ministry, is that it can at the best be futile and at the worst counterproductive.

It is not enough to passionately argue that budget cuts mean small performing arts companies will be destroyed if the person being addressed is only concerned about sitting in the middle of G row at the Sydney Opera House – and getting free champagne at interval.

If the opera is La Bohème that person may even feel smug about stimulating the nation’s creative juices by ensuring its artists starve in a garret.

It is not enough to say that the arts have lost funding they need. With this government there is a long queue of people in the same position.

Nor can the arts argue they are the most effective cultural weather vane, interpreting the big issues of our time even before those who see themselves as political analysts.

Our current crop of governing politicians have shown they are not especially interested in vision. The international profile gained by some artists could sway those politicians wanting to bathe in the reflected glory of our shining stars, but the funding that has been slashed is to support artists who are most likely to be our future stars – as long as they are given a chance.

That’s a problem when we are governed by politicians who live only for the moment and who seem to be incapable of thinking through policy implications beyond the next election.

It therefore makes sense for the arts lobbyists to work out how to make politicians see that supporting their defunded organisations is in their interest. Because the funding cuts will fall disproportionately on rural and regional Australia, it is worth speaking to the politicians who represent those constituents.

The National Party is in government as a part of the Coalition, yet only gained 4.3% of the vote at the last election. The party has a shrinking power base, and needs to make new friends. It is worth remembering that when the Howard government launched its all-out attack on university student unions, it was country members who supported the needs of their regional universities.

Regional arts organisations, especially community arts and performing arts, are capable of both lifting the spirits and the educational levels of centres away from the big smoke. Their value is also seen in organisations on the suburban hinterlands of the big cities.

Some years ago, when I was on the Board of the Casula Powerhouse Arts Centre, I remember that the case for having artists in residence was in part so that local school children would get a sense of what it meant to live and think creatively. At that time Sydney Grammar had begun an artist in residence program so that the sons of privilege could learn creative thinking.

Someone on the Casula Board quipped that connecting local children with artists would give them some educational parity with the Grammar boys. The next politicians to target therefore should be those on relatively slim margins, whose seats are in the western suburbs of Sydney.

The WSROC (Western Sydney Regional Organisation of Councils) has some impressive statistics on the needs of their communities, including cultural needs.

The call for a Senate inquiry – as outlined on ArtsPeak – has clearly been effective. Oppositions, as we all know, love Senate Inquiries.

The capricious nature of this government’s approach to arts funding promises very rich pickings for any opposition or cross-bench senator who sees his or herself as a Grand Inquisitor. It might not return the funds to the arts, but it will be good sport.

When combined with a second inquiry into the same minister’s behaviour over the Man Monis’s letter in advance of the Lindt Café siege, politics may well become a substitute for theatre.