As machines become more sophisticated, will artificial intelligence be the evolution or the end of art? 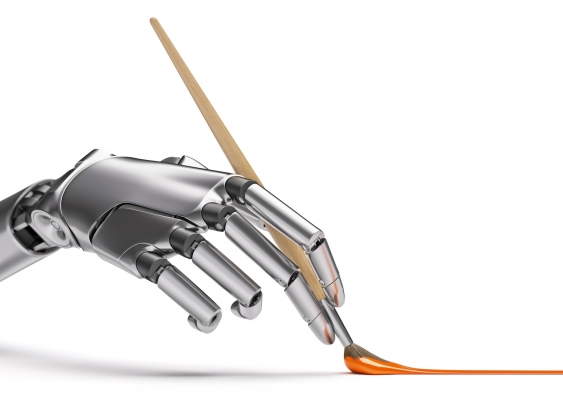 Artificial intelligence (AI) is entering the artistic arena, and it is fundamentally changing creativity and culture as we know it, a UNSW researcher says.

Oliver Bown is Associate Professor and Co-Director of the Interactive Media Lab at the School of Art & Design. He says that as algorithms get smarter, computers will play more of a role in creating music, art, and other cultural artifacts.

“While much of the discussion about artificial intelligence centres around automation and labour from an economic perspective, this particular case is in some ways more salient to our lives,” A/Prof. Bown says. “We’re cultural beings, and artificial intelligence has the potential to fundamentally impact the way we do culture and the way we might understand ourselves.”

A/Prof. Bown examines the psychology of creativity and algorithmic automation in his new book, Beyond the Creative Species: Making Machines that Make Art and Music. The book draws upon developments in artificial intelligence and machine learning, design, social theory and psychology of creativity to examine the impact of advanced generative technologies on creative fields.

“The further we go down the path of AI, the more questions arise around not just what things a computer can create from the ground up, but whether such creations are meaningful, and ultimately what that means for art and creativity.”

A/Prof. Bown says that whilst there is a lot of hype around computational creativity, some of it is justified. In fact, many foundational machine learning systems are already in operation in the creative field.

“It’s not that profound in one sense because we’ve used pre-sets on things like synthesisers for a long time, so it’s easy to swap out the interface with a more sophisticated AI generator that gives us musical content,” A/Prof. Bown says.

“But we are seeing rapid advances in applied machine learning at the moment, and we’re shifting from the gimmick stage, where the fact we’re doing it is the most exciting thing, to a more everyday use phase,” he says.

A/Prof. Bown says this could free up creators to focus on their strengths while also empowering amateurs to create.

“It might become common for musicians to be able to just casually grab a melody composed entirely from an AI system that is itself capable of generating thousands of melodies from scratch,” he says.

“We might end up listening to music that doesn’t have a distinct human author under some circumstances, but this is less likely at the moment. It also changes the way a band might work; the technology already exists so that a band could put out a single that has some adaptive content that is personalised just to us.” 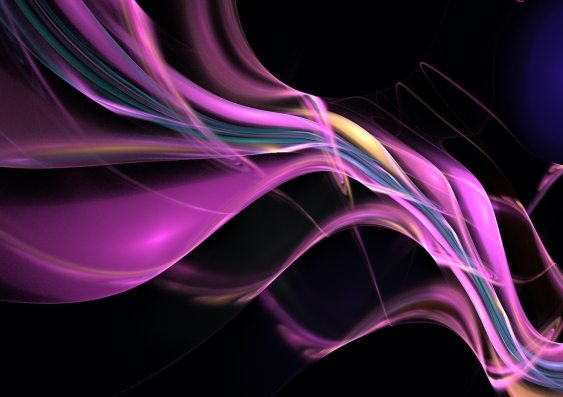 Many computer systems already generate works that could be considered a creative output, such as 3D illustrations produced with mathematical formulas. Photo: Shutterstock.

A/Prof. Bown says most algorithms are likely to be natural extensions of creative support tools. But others might be considered more artistically autonomous.

“We’ve already had plenty of AI-generated content exhibited in galleries, and it can be called art by a certain criterion; that an art establishment accepts it,” A/Prof. Bown says.

“But behind that artwork might be a team of programmers and artists working together with an algorithm to generate it, so the autonomy of the system, in the fullest sense, would be really complex.”

While it’s fun to indulge, A/Prof. Bown says we shouldn’t get carried away with the idea of an AI system becoming the next Picasso or Van Gogh.

“If we take Van Gogh – a complicated character with a complicated life. An AI doesn’t capture factors outside of the data it is trained on – which is typically just the artist image data – such as the life experience, or the emotion they convey, or the career trajectory and body of work.

“So it’s fine to reproduce the style of their brushstrokes, but data [can't] simulate the artist’s relationship with the world.”

He says when it comes to creativity, we tend to over-invest in the importance of the human mind. Rather, creativity is just as much a social phenomenon that depends on our position within a social network and group identity.

“The brain is situated in a socio-technological system that is creative – which also consists of books and pens and pencils and libraries and computers and cameras.

“When you look at it that way, it’s more palatable to suggest that AI comes along and gradually inserts itself into this mix,” he says.

A/Prof. Bown says while it is inevitable that AI might start to be commonly used to generate artistic works, that’s not likely to stop us from making art. Though there’s no escaping the fact it will change how we consume and think about creative work.

“There’s a dark side which is changing the economic and cultural relations in society, whether it’s putting the control of our cultural content in the hands of major tech firms or just putting musicians out of jobs,” he says.

“But consumers of art and music do care about the people behind the music we listen to or the artwork we consume, and the books we read. It’s not like AI is going to wipe that out completely.

“So while machines may take over a lot of labour activity, it won’t stop us from making art.”