In a recent survey, 85 per cent of respondents in buildings built since 2000 said their buildings were defective. Could procurement policies help turn around those stats, asks Martin Loosemore. 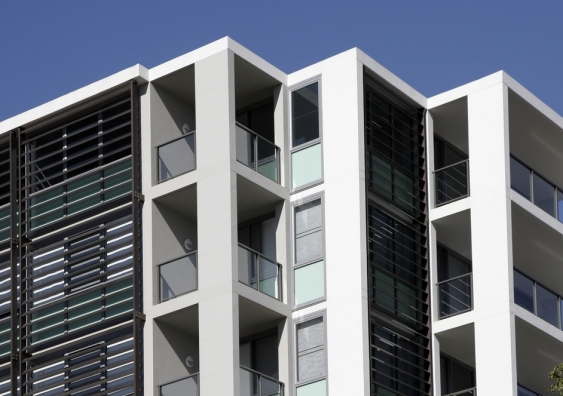 OPINION: Australia is approaching the end of an unprecedented apartment building boom fuelled by the widespread adoption of planning policies that encourage higher density multi-unit housing.

A vivid indicator of the size of this boom is the RLB Crane Index, which shows that the number of cranes in use for residential construction has grown by 313 per cent in the last three years, along with recent ABS statistics which recorda rolling sum of around 240,000 units per year in March 2017 compared to 150,000 in 1990.

While the figures show that the housing construction boom is now near its peak with apartment approvals falling sharply in recent months, there are fears that a growing number of people who have purchased these shiny new apartments will now start to suffer the consequences of the poor quality controls by which many have been constructed, with little legal recourse against the multitude of poorly managed, bankrupt or phoenix companies that built them.

There are no records tracking how many apartments are defective but structural problems, electrical defects, fire safety issues and leaks are a common problem for many residents. A recent survey of strata owners conducted by UNSW’s City Futures Research Centre found that 85 per cent of respondents in buildings built since 2000 said their buildings were defective.

This is a looming Australia-wide crisis with multiple causes, linked to the structure and culture of the construction industry, the boom-bust nature of apartment markets and the many state-specific, complex and confusing regulatory frameworks overseeing building standards. Traditional apartment procurement processes also provide little or no incentives to developers to ensure the quality of the buildings they construct. It would be interesting to know if those built using an integrated procurement approach, employed in other sectors of the industry, produced any better outcomes.

Integrated procurement is a collaborative approach used in other development contexts such as infrastructure and commercial development which incentivises designers and constructors to consider the life cycle implications of their decisions. It has been shown to overcome the issue of split incentives identified by the City Futures Research Centre as a major cause of poor quality apartment construction.

The problem with split incentives is also directly related to the way in which risks are managed in traditional development projects. As many have pointed out, the fragmented traditional procurement process not only destroys collective responsibility for the project outcome but creates a culture of risk transfer which incentivises parties to offload risk by passing it along the contractual chain. Invariably these risks culminate at the point of least resistance at the end of the procurement chain with the facilities manager or strata manager in the case of residential development who has to operate and maintain the building once it is built.

Numerous commentators, industry bodies such as ACIF and researchers have argued that integrated procurement can overcome many of the problems identified in our apartment building crisis, although this research has been exclusively undertaken in other development contexts such as commercial, industrial and in social and economic infrastructure. Could this approach also work in the high rise residential building sector and how do we bring it about?

The widely accepted definition of integrated project delivery is that produced by The American Institute of Architects (AIACC 2014) which defines IPD Integrated Project Delivery (IPD) as:

“a project delivery method that integrates people, systems, business structures and practices into a process that collaboratively harnesses the talents and insights of all participants to reduce waste and optimize efficiency through all phases of design, fabrication and construction.

The Integrated Project Delivery method contains, at a minimum, all of the following elements:

The two core guiding principles of IPD are "integration” (the open sharing of information between and within project stages) and “concurrency" (the collective co-production of ideas between my multidisciplinary teams of project stakeholders), both facilitated by new emerging information technologies such as business information modelling (BIM). In essence, IPD encourages a culture of collaboration, risk-sharing and collective responsibility among all project stakeholders for project outcomes, from design through construction, manufacturing and facilities management.

By allowing all project participants to contribute their expertise to the end product at all stages of the procurement process and by sharing risk for the project outcome, longer-term thinking is encouraged resulting in higher quality buildings, more innovations such as offsite prefabrication and more cost-efficient processes which better meet customer needs.

Despite emerging research showing the many potential benefits of integrated project delivery, there are significant challenges that will need to be overcome in using such an approach in the apartment building sector, largely around changing project risk transfer cultures and adversarial behaviours, learned from a life-time of working on traditionally procured projects.

Martin Loosemore is a Professor of construction management at UNSW.

This opinion piece was first published on Sourceable.