As public space becomes premium in our cities, could boutique sidewalk activations known as parklets be the solution? 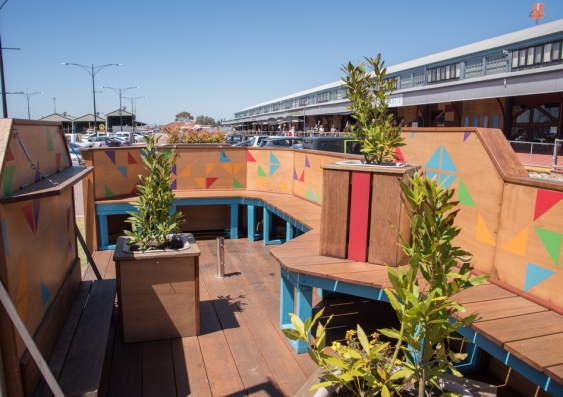 Do you live in a suburb where your local park isn’t quite ‘local’? Or where your footpath is not quite wide enough to accommodate your street life activities?

Pop-up parks or parklets – mobile temporary sidewalk extensions which swap a parking space with a parking space-sized park – could be the answer. Rising to prominence in the streets of San Francisco in the early 2000s, they’ve since popped up in streets all around the world and could be on their way to your local suburb.

“What parklets do is activate a social space in a street that potentially doesn’t have any,” he says. “With more people in our cities, we need to be smarter with our public space, and on-street car parking is an obvious, if sometimes sensitive, opportunity. The amount of car parking on our high streets, at the sake of other uses, doesn’t really stack up economically, socially, or environmentally.”

A simple parklet may provide seating, plants and shade to passers-by to relax and enjoy the atmosphere of their surroundings.

“They’re usually quite a simple setup; some seats, planter boxes and sometimes shade on a platform that extends from the footpath,” Dr Harris says. 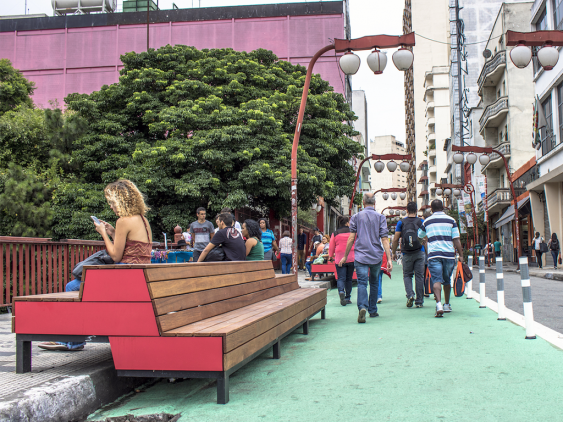 A bench parklet extending from the footpath. Photo: Shutterstock.

“Because car spaces are essentially temporary storage modules, you can simply plug in a public space … which will benefit more people than the single car space,” he says. “In this way, you could say parklets return public space to the public.”

He says that because parklets tend to be temporary or seasonal, “things can always return to normal relatively quickly if needed”.

“People don't really complain if it's just one spot,” he says.

According to Dr Harris, parklets could be a rare ‘win-win’ for councils, satisfying both local businesses and residents.

“Councils may take a liking to them because they’re quite novel, as an installation, they get an immediate response and get noticed by locals, and they can be seen to be taking an active role in the community.

“Putting a new public space in front of a café, for example, they become a big beneficiary because you attract people to that location and effectively give the café new spill-out space. This can inject a new type of social activity into the street, and then it can snowball with increased foot traffic into a more popular street in general.”

There have been small pockets of street activation experimentation in Australia, notably with Sydney’s Waverley and Randwick councils. The inner-city suburb of Glebe has also hosted trailer parklets, which were crowdfunded by the community, local businesses and the City of Sydney. 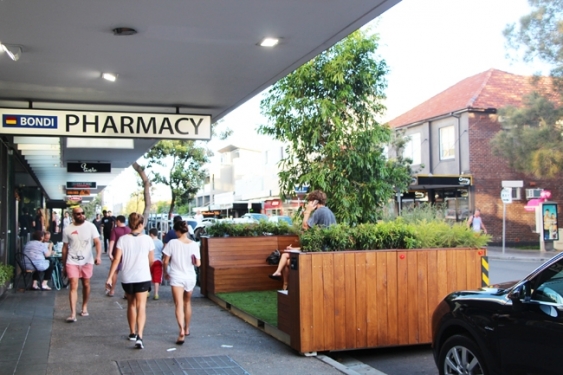 He says that while most are council-led, there is potential for the community to play a more active role.

“They could be more locally-led, and locals could engage in discussions with the council. We see that from bottom-up policies that have recently been implemented like verge gardens,” he says.

“Similarly, local businesses have been able to request bike parking corrals. So you can put in a request to the City of Sydney, that outside your shop, you can swap one car parking space for eight bike parking spaces, and that's happened in a few locations.”

Dr Harris believes that there is a growing appetite for public participation and community-led design.

“The more people see what our streets could be like, the more likely they are to get excited and participate in public space,” he says. “It's small scale but it's still significant that you can have a part of the public domain changed based on your wishes if you just ask for it.”

Dr Harris says that scaled experiments like the parklet could be a catalyst for local councils in Australia to implement pedestrian-friendly spaces on a more permanent basis.

“Start with a trial, and then they might become more permanent in time.

“To get approval for temporary things in the public domain is relatively easy with some goodwill … most of our cities are already starting to do things on a larger scale like temporary closures of streets for local events like markets nowadays anyway,” he says.

He points to the success of larger-scale examples of public space activations turned permanent like the pedestrian-friendly Times Square as a precedent.

“With the New York strategy, there were concerns about increased congestion, but it turns out that the city didn’t fall apart, and in fact, traffic conditions improved, so they made it permanent.” 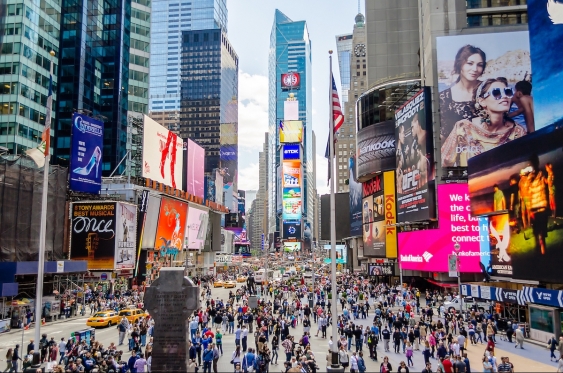 While he says that parklets alone will not be a genuine long-term answer for liveability or public engagement, more open spaces are a good thing, even on a parklet-sized scale.

“Longer-term, you probably see parklets as a phase in that movement towards more open and engaging public spaces in the future … and if the businesses are happy, and the residents are happy, and visitors are happy, why not?”