Rent-based housing models and carbon-neutral skyscrapers are among the projects of almost 100 UNSW Masters of Architecture students on show this week.

As "Generation Rent" are forced out of the housing market, a UNSW Masters of Architecture student has designed an apartment model that tackles the housing crisis by rejecting home ownership.

Graduate James Paviour’s final project, Inverting the Dream, is a residential development that transforms the way we live by using renting as the primary mode of housing tenure.

His building is part of the Masters of Architecture and Bachelor of Architectural Studies Graduation Exhibition, which features almost 100 projects that address the complex challenges of housing affordability, climate change, urbanisation and social equality.

His multi-level design revolves around community by including five different housing types, from a five-room share unit to a family-sized apartment and "micro-units" around shared living spaces. 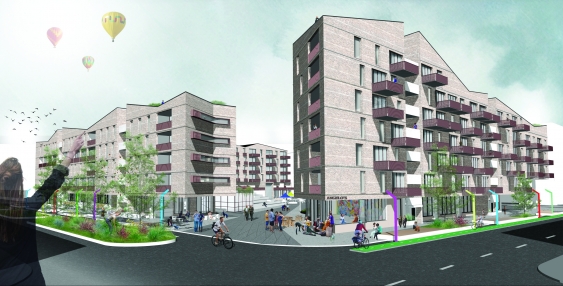 "I’ve increased the amount of required communal space from 25% to 45%, so that almost half of the building is courtyards and rooftop gardens," he said.

Paviour’s project comes as build-to-rent schemes – models based on developers building properties with the intention of renting out units out rather than selling them – gain more attention from developers and superannuation funds.

"I’m 25 and no one I know owns their own home. The problem is that in Australia we have this preconception we should own a house and we’ve been conditioned to think it’s the only way," Paviour said.

The project, designed to be built in the low-income NSW town of Kempsey, removes private ownership from the equation and eliminates current planning guidelines to open up opportunities for how housing is built.

Other students, such as graduate Porus Vakshoor, have focused on sustainability and solar energy in designing city buildings.

His carbon-neutral skyscraper, Solar Carve, uses solar panels integrated with a glazing system to generate more than 20% of the whole building’s energy. 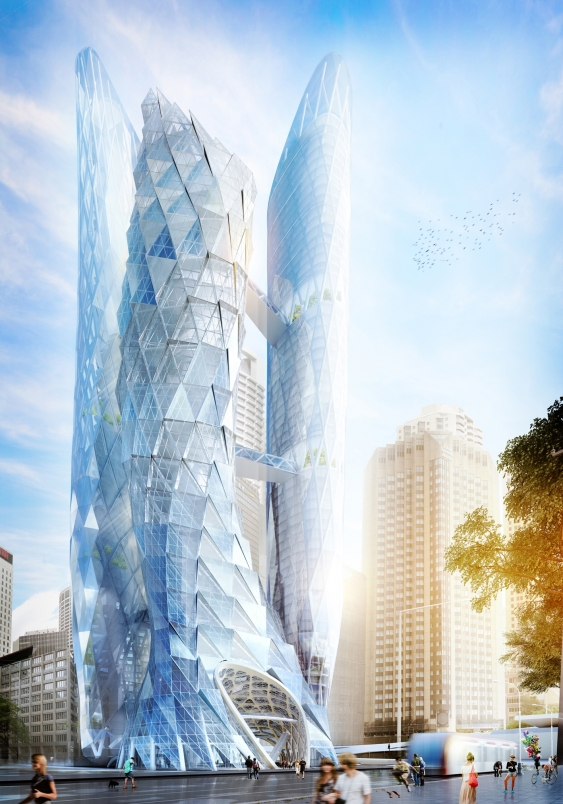 "An undulating north-facing façade optimises energy generation from solar panels, while also shading the offices from high summer sun. This means the tower is estimated to be carbon positive – saving 508 tonnes of CO2 per year more than it needs for operational use," Vakshoor said.

"But this design twists and bends to make sure public spaces and other buildings receive sunlight at key times of the day. It uses solar energy to offset all its carbon emissions using photovoltaic panels – a tower that is both generous in terms of its impact on people, and the environment," Oldfield said. 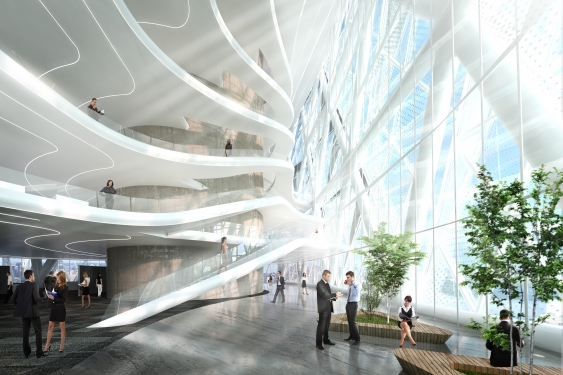 Other projects in the exhibition include Chan Li Li’s Innocence Reborn: The Ageless Playscape, a Redfern recreational space that deals with social inequality through art and play, and Erin Arthur’s design for a new centre at the Australian Nuclear Science and Technology Organisation. 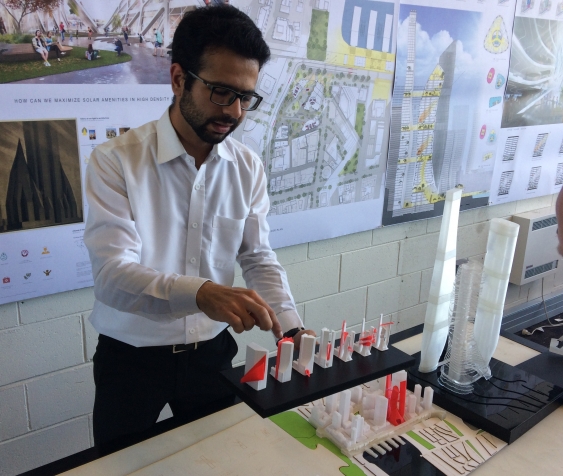 Porus Vakshoor with a model of Solar Carve. Image: Supplied.