One of the masterminds behind realising the Sagrada Família will discuss his 40-year mission to complete Gaudí’s ambitous cathedral at next week's Utzon Lecture. 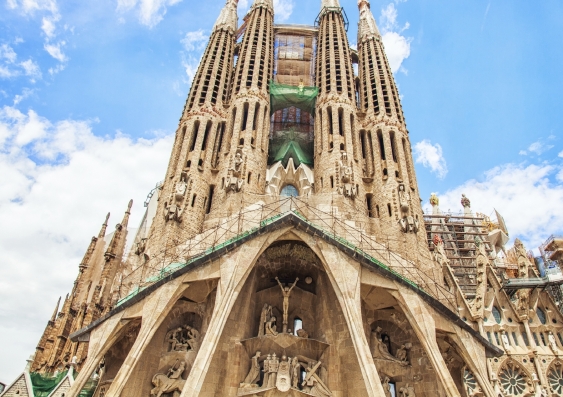 Mark Burry, Professor of Urban Futures at the University of Melbourne’s Faculty of Architecture, Building and Planning, has been working on Gaudí’s extravagant shrine for 40 years since a research visit in 1979 as part of his studies at Cambridge.

Gaudí died in 1926 after being struck by a tram, 43 years into the mammoth project, and most of his designs and models were destroyed during the Spanish Civil War, leaving successors to piece together a plan for its completion, which is currently scheduled for 2026.

At the time of Gaudí’s death less than one tenth of the Sagrada Família had been built; in 2010 it was consecrated as a basilica by Pope Benedict XVI.

Burry has been instrumental in ushering the Catalan modernist’s unfinished masterpiece into the modern era, using aeronautical engineering software to help unlock the soaring basilica’s complex geometry from the few model fragments that remain.

He commutes to Barcelona every two months for a fortnight but does the bulk of his work in his Melbourne studio, connecting with the on-site workshop via video link.

Burry will discuss the challenges of recovering Gaudí’s design from existing model fragments and application of new technologies including 3D parametric design, positioning Sagrada Família as a leading global innovator in complex architecture.

The Utzon Lecture Series was officially launched in March 2010 by Jan Utzon the son of renowned Danish architect Jørn Utzon.

Held on a monthly basis at UNSW’s Kensington campus in Sydney, the Utzon Lecture series focuses on the presentation of ideas from leading contributors of international significance in the design, delivery and management of the built environment.