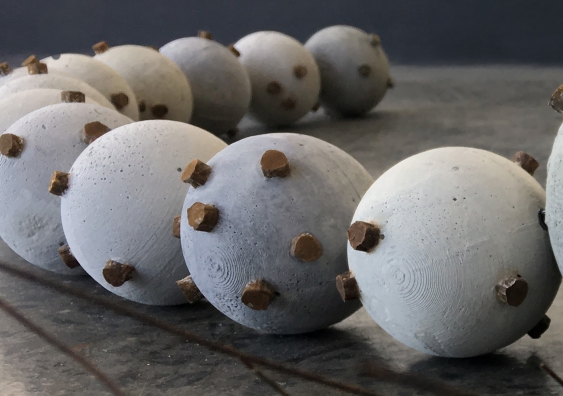 The most commonly used man-made material on earth is being showcased as creative and versatile in a unique touring exhibition designed by a UNSW Art & Design lecturer.

“That’s what is interesting about the show. It breaks preconceptions,” he says.

Some works that stand out for Mr Goddard are the small sculptural fragments, Concrete Topology (12 maquettes) by Tom Borgas, Indigo Slam by Smart Design Studio and Punchbowl Mosque by Candalepas Associates.

“There is also a beautiful set of tableware and small sculptural objects by CHEB which demonstrate the amazing detail that moulded concrete can capture,” he says. 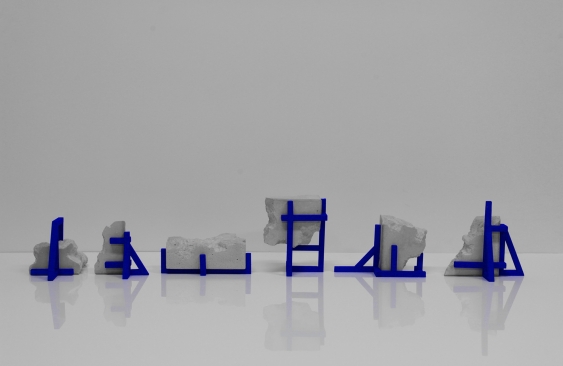 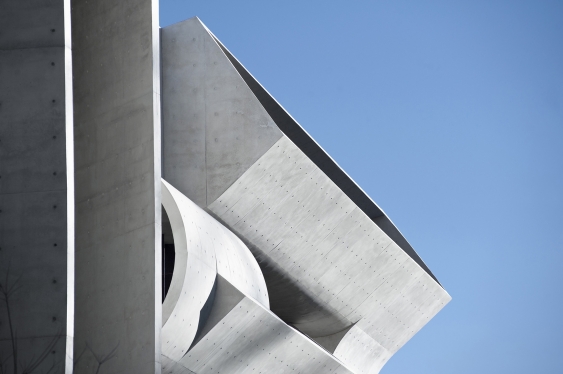 The exhibition is the final in a series exploring the versatility of design materials, following on from Wood (2013), Glass (2015) and Steel (2017). Mr Goddard has collaborated on each iteration.

While the general design approach to all four shows unites them, he says the concept and physical form differed in each case to best complement the material being showcased.

“I’ve always been interested in work that crosses boundaries and media,” he says. “That’s why I work in publication design but also in exhibition and spatial design.”

He says the visual identity of an exhibition has a palette of elements that need to be developed. These might include a logo or a treatment of the title and other graphic elements such as typography and colour.

Mr Goddard explains these elements are similar to those used to develop an organisation’s brand or an identity. “There are different nuances, but the principles are the same." 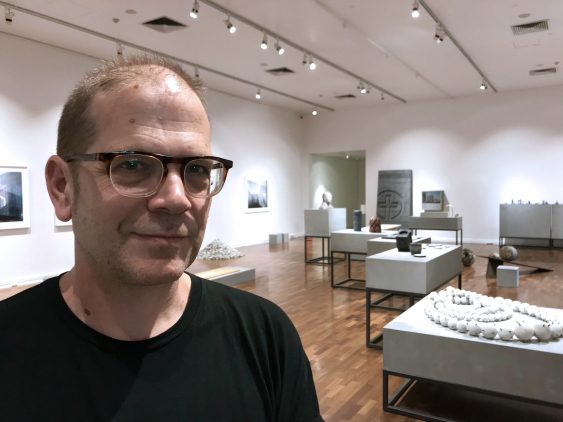 Early in his career, Mr Goddard worked in design for theatre. “I think I’m a really good collaborator and a lot of my process has come out of theatre,” he says.

“Theatre only exists as the result a combination of the insights and skills of a team of people – designers, directors, actors, playwrights all working together. In the end, if you don’t work in harmony the final piece will suffer.”

Collaboration is equally vital in most forms of design, he says. “I think that my background in theatre is why I gravitated towards exhibition and graphic design in combination. In my own mind, it was a very logical way for me to extend the skills I learnt in theatre into other media.”

Mr Goddard completed a Master of Design by Research at UNSW in 2019. While his design practice has spanned nearly thirty years, his studies have significantly transformed his work, taking it “outside the more dominant ideologies of design practice,” he says.

This can be seen in his creative exploration of different provocations in his own exhibition practice.

“As graphic designers, we don’t always have a good sense of how people react to what we do,” he says. By taking his designs into the gallery and other public spaces, they are framed in a new way, prompting discussion.

Mr Goddard’s typographic exhibition piece titled Welcome. at the Australian Design Centre last year explored how meaning can change through the removal of punctuation and without a hierarchy in the weight of a typeface.

“It’s about encouraging a reaction,” he says.

Concrete: Art Design Architecture is at the Australian Design Centre in Sydney until March 18.