Opinion Construction is the last frontier for women at work

If we want to increase the number of women in Australia's construction sector we need to be willing to challenge working conditions for men, write Louise Chappell and Natalie Galea. 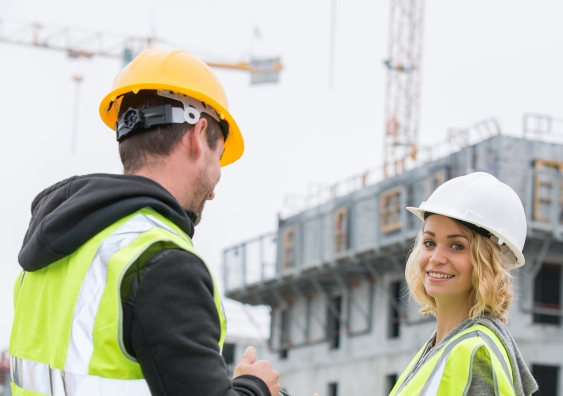 OPINION: If we want to increase the number of women in Australia's construction sector we need to be willing to challenge working conditions for men.

That's the unexpected conclusion we reached after investigating why Australia's building sites, and the many professional services that support them, have remained virtually no-go zones for women despite significant workplace gains for women elsewhere. Today, even remote mining jobs attract a greater percentage of women than the wide range of well-paid roles on offer within Australia's third-largest industry. For working women, construction really is Australia's last frontier.

The construction industry is well aware of the downside of missing out on talented female engineers, managers and other professionals and of the potential for women in the trades. Construction is Australia's most male-dominated industry. Only 12 per cent of the total construction workforce of some 1 million are women; professional positions are 14 per cent female, but in the trades very few women brave Australian work sites (less than 2 per cent).

Yet, there's nothing inherently challenging for women in the nature of construction work; particularly with technological advances taking up so much of the heavy lifting. Construction jobs too, offer attractive pay, national and international mobility and the sheer satisfaction of being part of building something for the future. The industry has tried various mentoring programs and training programs and maternity leave schemes, but female representation is going backwards. Ten years ago, the construction workforce was 17 per cent women. Today, women who do enter the industry leave 39 per cent faster than men.

We discovered entrenched expectations of extremely long working hours, 60 to 70 hours was considered normal, plus regular Saturday and, increasingly, Sunday work. We found significant pressure on construction workers to get jobs done ahead of schedule, even if that sometimes meant consecutive 14-hour days. And, most significantly, we discovered a culture of "shaming" anyone who didn't "live to work" or couldn't, or wouldn't, hack it. A commercial manager might turn up at 8am when needed, after dropping off the children to childcare, but would suffer jibes anyway about "sleeping in". Little consideration is given to the additional hours worked before work or late at night, or on weekends. Anyone resisting Saturdays to watch the kids play sport or because it was their rostered day off was mocked for being a "part-timer".

It's true we also found gender-specific challenges; a female project manager might not appreciate talking to a worker in a hat emblazoned with the handwritten slogan "I love boobies", complete with a picture to illustrate his point. Overt and covert sexism was widely tolerated and is a significant disincentive for women interested in careers in construction.

But, a core issue, we believe, is a workplace culture stuck in the 1950s. Australia's construction industry remains dominated by a male single breadwinner model that assumes men have little responsibility beyond bringing home the bacon and expectations that female workers will either leave to have children, and not return or will also have "home help".

Scratch the bravado and humour on the surface, however, and we soon discovered that many men in construction are also struggling. It's 2016 and many men have partners with their own careers, and both want and are expected to participate in family life. For men, not just for women, the 1950s model does not fit.

We set out to investigate women in construction, but we found ourselves spending long hours talking to men about the stresses their jobs were putting on their personal lives. Some were deeply concerned about their marriages, struggling to see children following divorce, or suffering from anxiety due to constant deadlines. Suicide rates in construction are double the national average in Australia and the industry is at the top of the charts for substance use.

We believe the representation of women in construction is low and falling because women are less willing than men to tolerate such outdated, inflexible, and ultimately unproductive, working conditions, especially when they start families and need a staged return to work.

Workplace cultures are complex and entrenched. Initiating change is a bit like turning a ship out at sea; you need a very long run-up and a very wide turning arc. There are, however, some very important places to start. Stop "shaming" the 40-hour week, factor into projects job sharing, part-time roles and parental and care leave to support both women and men. Introduce zero tolerance for sexist behaviour and language and make management at head office and on site responsible.

The construction industry has the capacity to change and create a new business as usual. In fact, we observed a lot of time wasted through today's culture of "presenteeism" – the pressure to be seen to be constantly "on the job" – when "working to task", or just getting the job at hand done, would be much more efficient. Ultimately, more women will want to take up construction careers, but, just as importantly, change will improve the work and personal lives of many men.

Louise Chappell is a professor of politics at UNSW and Natalie Galea is a research associate at UNSW Built Environment. They are chief investigators on a major report, Construction Industry; Demolishing gender structures, which will be launched by Australian Sex Discrimination Commissioner Kate Jenkins on Wednesday.

This opinion piece was first published in The Sydney Morning Herald

Dear Mr Trump: here’s how you build a wall

Subcontractors speak out on productivity