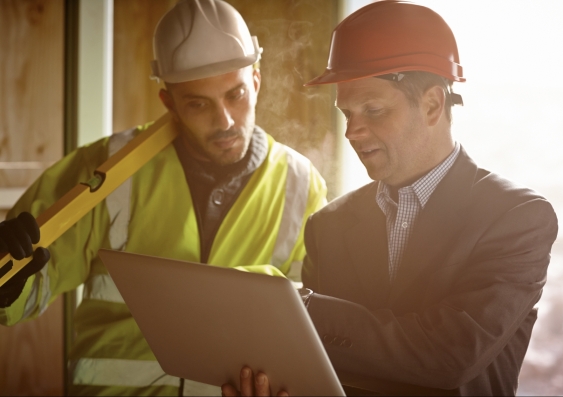 OPINION: In the last budget Federal Treasurer Joe Hockey announced a $5.5 billion growth package aimed at stimulating grass roots innovation and enterprise throughout the Australian economy. The Government is looking to rely on small business and entrepreneurs to reconfigure the Australian economy bottom-up, moving it away from resources towards a new and sustainable growth trajectory.

When considered alongside country’s planned infrastructure pipeline ($20 billion on the table in NSW – plus the Federal Government’s $50 billion transport infrastructure roll out) we have a once in a lifetime opportunity to get more for our public money and leverage our public spending to address growing social inequity and disadvantage in our society.

How? A new breed of Australian social entrepreneurs is emerging to build inspiring social enterprises which trade for a social purpose, feeding their profits back into the community in which they operate, rather than to private shareholders. Social enterprises represent an untapped opportunity and an innovative way for the government and the businesses they employ to engage with communities. They specialise in working with communities and in measuring social value and many bridge the critical gap between welfare and work by providing ‘job ready’ training for marginalised groups who may not otherwise be qualified to take up construction industry jobs.

These entrepreneurs need the opportunity to be integrated into the construction sector. However, although we have successfully integrated many environmental improvements into new construction and engineering projects, we are lagging well behind our counterparts overseas in ensuring that major public investments in infrastructure to deliver significant social benefits to our communities, potentially alleviating pressure on welfare budgets. In the United Kingdom the Social Value Act of 2012 now means that many clients in the public sector require that companies tendering for construction contracts demonstrate some kind of ‘social value’ in their bid. In Australia, some forwarding thinking local councils such as Wollongong and Parramatta City are also integrating ‘social value’ into their tenders.

To catch up, we need to make significant changes in the way that both governments and construction firms procure their construction and engineering projects. Beyond the obvious benefits to society when construction and engineering companies meaningfully engage with the communities in which they build, our own research also shows that there are  many business benefits too. The reputational benefits to companies that deliver ‘social value’ generate measurable returns well beyond public sector contracts. There is considerable evidence to show that increasing numbers of investors prefer companies with a positive corporate image and that there are many advantages in terms of recruiting, engaging, developing and retaining the countries most talented youth. Gen Y employees will often choose socially responsible employers over others, even if they are offered lower wages!

This opportunity is particularly important for the new NSW coalition government given the strong community concern over the partial privatisation of the state’s electricity poles and wires to fund the new infrastructure, despite the Premier’s personal popularity. It is also fortuitous since the rise of social entrepreneurs coincides with increasing inequality in society. Despite 23 years of continuous growth, more than 1 in 10 Australians live in poverty and two million are trapped in a cycle of long term unemployment, economic inactivity or underemployment. Young people are especially vulnerable; 41.7% from the poorest backgrounds are disengaged from work or study, more than double the 17.4% in the most affluent group. Indigenous students fare by far the worst; 60.6% are not fully engaged in work or study.

Today’s welfare spending is increasingly being presented as unsustainable. Yet, while we continue to frame the welfare debate as an unpalatable choice between slashing spending and increasing revenue through higher taxes or levies, there is now potential for small businesses in the form of social enterprises to contribute to solutions.

Whatever your view, however, there is an inexorable paradigm shift in welfare provision taking place around the world and every industry has a role to play. Engaging with the emerging social enterprise sector is one innovative and effective way to do so.

A few large firms such as Brookfield Multiplex, Transfield Services, Bovis Lend Lease and Thiess are beginning to engage with social enterprises. Much of Australia’s construction industry, however, currently lacks the knowledge, experience and relationships to do so effectively. There is a desperate need for someone to take a leadership role in this space. The timing is perfect to do so.

The Productivity Commission Report into Public Infrastructure limited its analysis to the economic and productivity benefits of the planned infrastructure pipeline. Yet, we know that at its best, construction and infrastructure projects can have a transformative impact on local communities, regional economies and national prosperity. Construction projects come-and-go but communities stay. Social enterprise represents a wonderful opportunity for the construction industry to engage more effectively with the communities in which it builds and to ensure its projects help the most vulnerable and disadvantaged in our society. After an unprecedented three Royal Commissions into the construction sector over the last thirty years, such a positive legacy would be good news indeed.

They are co-authors of the forthcoming book Social enterprise in the construction industry: building better communities, Routledge, London.