A wearable device which aims to provide individualised information while gathering environment data is being developed by UNSW urban climatologist Negin Nazarian and an international team. 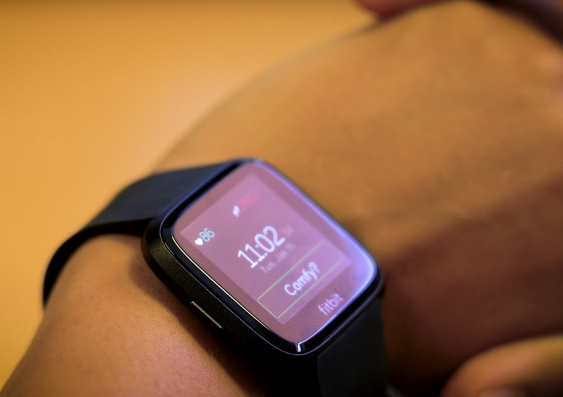 Users of the 'Coolbit' can create a personalised comfort model in real-time.

An urban climatologist at UNSW Built Environment is part of a team developing a wearable (Fitbit) that can measure the wearer’s physiological response to their immediate environment.

UNSW Scientia Fellow Dr Negin Nazarian says the aim of Project Coolbit is to create a personalised comfort model for each wearer, as well as crowdsourcing environmental data in the city in real-time.

“We have added some sensors to the Fitbit watches that get information from air temperature and humidity, but also from the physiological response of the individual in that environment, such as your heart rate, your skin temperature, and your skin humidity,” Dr Nazarian says.

“We have also developed some apps where you can interact with and tell us how you feel about the environment, so that way we can develop a methodology and a solution that is personalised and not one-size-fits-all.”

“This type of thermal comfort and stress feedback is traditionally done with formal and tedious surveys,” she says.

“With our app, we can control when, where and how often subtle comfort questions are asked.”

Dr Nazarian says that in the future, a Coolbit user could create a personalised heat safe route for a run, based on the previous information received by the wearable.

“So if your wearable already knows your personal comfort model, it knows your preference of the environment, the type of activities you like and some information about your physiological response,” the urban climatologist says.

“It also knows, based on the environmental information that other parties may give about the cities, the climate of the city.

“Then it can recommend to you a route that would be heat safe where you can do a certain activity, such as running, or it may tell you that it's not safe to run.” 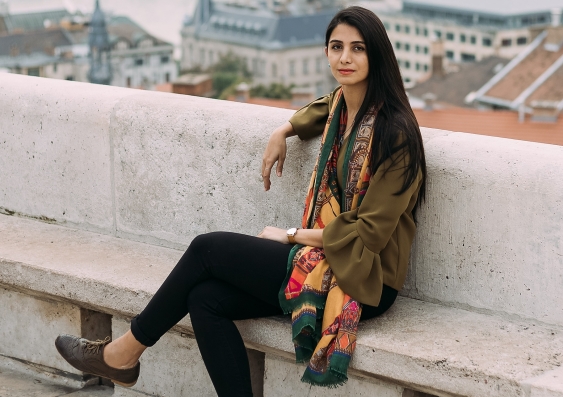 Dr Nazarian says Project Coolbit came about after she experienced shortcomings with previous methodologies that modelled the environment.

“Previously I was using methodologies such as numerical modelling, where you simulate the climate and thermal comfort and evaluate how that gets modified by urban design and materials, or I was putting a sensor in a location and noting all the environmental factors and asking participants questions about how they feel about that location,” she says.

“But they're very limited in the location and the timing that they can cover … you can't always be everywhere with your sensors and they don't have the physiological and personal behavioural aspects of thermal comfort.”

She then considered having a sensor that spans a larger space, but also gives information about the person who is carrying it, resulting in “a more realistic and human-centric approach”.

The BE lecturer, who originally studied mechanical engineering before moving to climatology and architecture, says her research was motivated by the impact of climate change on human lives.

“One of the main challenges of urban climate is urban overheating,” Dr Nazarian says.

“All around the world, urban areas are hotter than the less developed and rural areas surrounding them.

“On top of that, extreme events led by climate change, such as heatwaves, are affecting the health and economy in cities around the world.”

“But they're called ‘silent deaths’, because if someone goes to a hospital and complains about chest pain, it’s probably noted as cardiovascular disease and not what has triggered that chest pain, which might be the heat.”

She is interested in how climate change is affecting human health as well as the economy.

“In my research, I try to look at various aspects of urban design, different materials that are used to build the environment around us, as well as the use of or lack of greenery in the cities, and consider how that forms and shapes the climate around us,” she says.

“How does that affect our day-to-day activities, and where can we use this information to inform adaptation and mitigation strategies for addressing the challenges of climate change?”