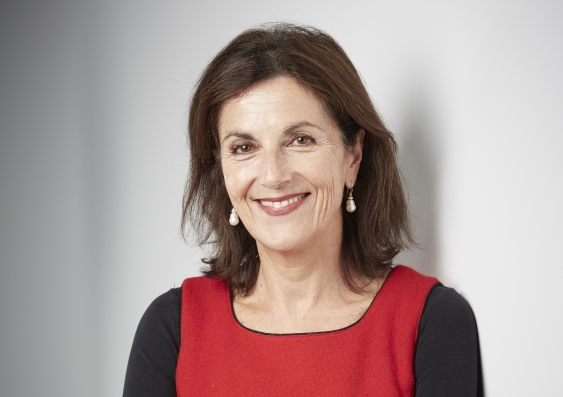 There are numerous urban “moments of delight” to be found in Sydney, says UNSW’s new Built Environment Dean Professor Helen Lochhead, pointing to the “history and gutsiness” of the Walsh Bay Wharfs and Cockatoo Island and the “iconic beauty” of the Opera House.

Lochhead, an architect and urban designer, has an intimate knowledge of Sydney but her passion lies in its public spaces, particularly those around the city’s iconic harbour.

“Creating spaces for people has always been a priority for me. The public domain is the glue that connects people with place."

Lochhead describes the harbour, its foreshore and parks as “the lungs of the city,” and has played a central role in designing and planning many of the precincts around Sydney’s foreshores.

During her time at the Government Architect’s office, Lochhead directed a broad range of projects around the harbour; including the Circular Quay Master Plan, The Bays Precinct Strategic Framework and the Walsh Bay Arts Precinct Master Plan. She was also Executive Director, Sustainability, at the Sydney Olympic Park Authority for three years where she oversaw the transformation of Sydney Olympic Park at Homebush Bay from a sports precinct into a mixed-use community and parklands with high environmental credentials.

“The idea that I can make a difference to peoples’ lives through the design of the built environment is what gets me out of bed in the morning,” says Lochhead.  “I’ve focused much of my professional career on public works where I can have most impact and now I have the chance to combine that with design education – it’s a great opportunity to have greater reach and impact."

Academia has always been part of Lochhead’s career, but now she is making it her focus.

She was an adjunct professor at the University of Sydney for five years and a Loeb Fellow at Harvard University where she taught and interrogated policy, design and governance strategies to achieve more climate resilient coastal cities.

“Built Environment students are dealing with some of the most challenging issues of our time – rapid urbanisation, lack of affordable housing, sustainability and climate impacts – they will need to learn how to build more equitable, resilient cities.”

Her aim is for students to learn creative, “out of the box” design thinking and marry that with robust research and professional skills.

"Built Environment students are dealing with some of the most challenging issues of our time; rapid urbanisation, lack of affordable housing, sustainability and climate impacts"

“I want our students to learn, not only to solve problems, but to actually reframe the questions and ask, 'Is this what we need to be solving?'" she says.

Lochhead spent her postgrad years living and studying in New York where she attended Columbia University’s Graduate School of Architecture, Planning and Preservation, one of the most prestigious architecture schools in the world.

“New York is a hotbed of urbanisation, everywhere you encounter is a case study. It was an inspiring and invigorating place to be,” she says.

After graduating, and still only in her 20s, she worked on large-scale urban renewal projects like New York’s Battery Park City and Long Beach California and also on redundant waterfront sites in the UK.

Lochhead admits she had a “what have I done” moment when she returned to Australia.

“I wasn’t exposed to projects on that large a scale for a number of years after I returned home. I felt like my career had plateaued.”

It didn’t take long for that to change. One of her most significant roles was with the City of Sydney in the lead up to the Sydney 2000 Olympics leading a transformative public improvements program for the City. Another was as part of the Sydney Harbour Design Review Panel established in 1997 to lift the design standards of strategic sites around the harbour.

“Urban planners need to focus on equity just as much as the quality of the built environment. Sydney is fast becoming a city where only the rich can afford to live"

During that time she played an integral role in ensuring the beauty and accessibility of Sydney’s greatest asset were maintained.

“Our aim was to prioritise design principles that responded to the character of the harbour landscape, and to make sure new developments were scaled down to the harbour so views were shared and the waterfront was public and shared by all.”

In her inaugural UNSW Utzon Lecture, Lochhead spoke about her concerns that these priorities are being lost.

“Because Sydney is under increasing pressure to become a global city we are more and more adopting international market-led development models,” she told the capacity audience.

“There is a shifting focus from public to private interests, from government as promoter to government as client, with mixed results.”

In 2006, Lochhead was exposed to these competing interests when she was part of the international design competition jury for the highly contested Barangaroo development.

“I was there to look at each scheme based on its merits, its connection with the city and its ability to create a new quarter that could enhance the waterfront and the liveability of our city. To me it was never just about building iconic buildings,” says Lochhead.

“Architects tend to have optimistic dispositions. We think, “We have a problem so how do we fix it?”

“We need to try and combine the unique qualities of Sydney in new development and major urban renewal projects. If you look at the skyline of Barangaroo, many buildings looks like they could fit in Dubai or Hong Kong. The development does not have a Sydney character; it would be at home in many international cities. This is a lost opportunity to define our own identity."

Asked how she imagines Sydney in 50 years, Lochhead is optimistic.

“Let’s hope we have an unbelievable metro network and a web of high-quality green spaces that offer a great public domain and clean air and waterways,” she says.

“Urban planners need to focus on equity just as much as the quality of the built environment. Sydney is fast becoming a city where only the rich can afford to live.  We need to accommodate people of all socio-economic groups, ages and abilities. To ensure we have a fair and just city – that’s our challenge.”

And she believes it’s achievable.

“Architects tend to have optimistic dispositions. We think, 'We have a problem so how do we fix it?' You use your creative thinking skills to tackle the problems from various angles.  No challenge is insurmountable if we keep peoples’ needs and aspirations at the heart of what we do.”