UNSW Associate Professor Lizzie Muller has urged the arts sector to come together after the federal arts department was amalgamated. 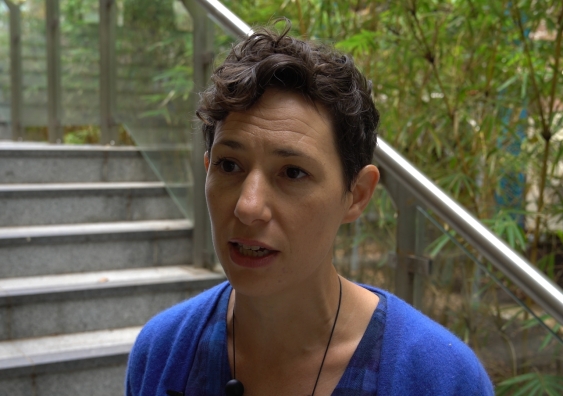 In December last year Prime Minister Scott Morrison announced that there would no longer be a federal department dedicated to the arts.

Cultural leaders from the Australian arts community responded by taking to social media to voice their concerns.

The absence of “the arts” from the title of the department is problematic because it points to a devaluing of the creative industries, UNSW Associate Professor Lizzie Muller says.

“There’s a really serious question about how our sector is advocating for itself at those political levels, and how we’re telling the story about the value of art for society,” the UNSW Art & Design academic says.

“It’s time for the leadership in the cultural sector to be much bolder and braver about how we tell that story, and more receptive to what the public is telling us.”

Associate Professor Muller, who specialises in leadership in the cultural and creative industries, believes that the dissolution of the arts department “will be a wake-up call to the sector”.

It is vital to ensure “that at the levels of government where policymaking happens, the arts doesn't suddenly become erased from the public agenda,” she says.

In response to the decision to merge the arts department, more than 50,000 people have signed a petition to remove all art – including artworks, sculptures, music and scheduled live performances – from Parliament House until the government restores the Department of the Arts with full funding.

“It is only through the removal of Art [sic] from the daily lives of our leaders that they will come to realise its true value to all Australians,” the petition says.

This is a significant contribution, Associate Professor Muller says. “But we also know that the value of arts goes beyond money. There is overwhelming evidence for its impact on quality of life, social cohesion and a mentally healthy community.”

At an address to the National Press Club in Canberra last year the Minister for Communication and the Arts, Paul Fletcher, confirmed that the number of people working on arts policy would not change and there would still be an arts minister in the cabinet with the dissolution of the federal arts department.

However Associate Professor Muller says the dissolution represents “a very symbolic move” on the government’s part.

“The culture wars are on,” she says. “I think that there is a really big job now for us to do, to make sure, with the disappearance of the arts from the department’s name that we are working together as a sector to show leadership, to support each other and to make the argument strongly for the value of the arts.”

Share don’t scare: we need to nurture (and learn from) young cultural leaders