These unsanctioned footpaths defy design, but is that necessarily a bad thing? 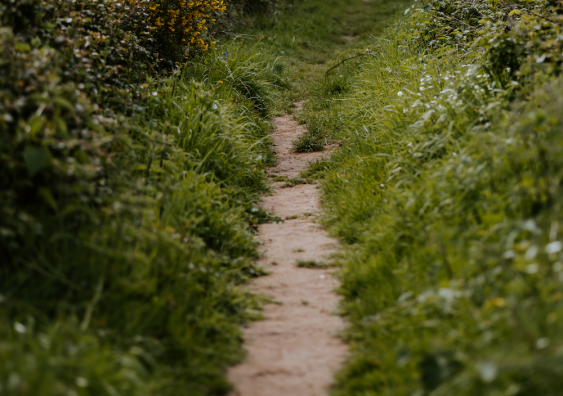 The preferred route is not always the one constructed. Photo: Unsplash.

If you go to any park and walk for long enough, there’s every chance you will come across a track that deviates from the path. It’s not constructed, but forged by footprints over time. In built-environment related disciplines, these unofficial trails are known as desire lines, and they tell us a lot more than just our love of shortcuts.

“There is something romantic about the desire line because it has a degree of informality that we often don’t see,” UNSW Built Environment’s Dr Mike Harris says. “There’s a mystique about it because it’s not a formal path that has been deliberately planned, but it feels very authentic and true to the experience of people using the public domain.”

The landscape architect and urban designer says the informality of a desire line is rarely seen in other aspects of public space. But while they can be charming, they’re ultimately a tell-tale sign of poor planning.

“They are a real indication that the planner, when designing, hasn’t used common-sense and thought about the natural way people want to use the space,” Dr Harris says. “Naturally, [when] we come up against a space where we want to walk in one direction, but the structure is suggesting that we shouldn’t, we have this inner urge to want to rebel against the deliberate design because there is a quicker and easier way to get from A to B that hasn’t been considered.” 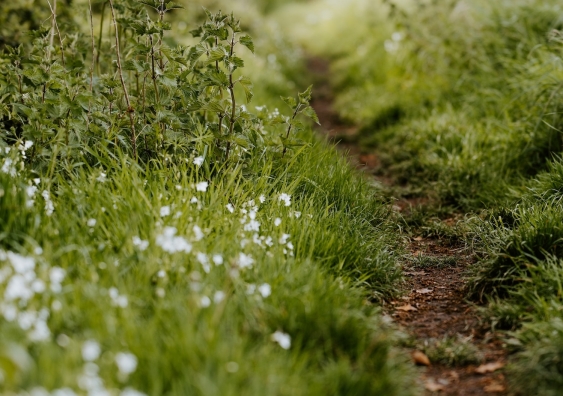 The width and amount of erosion can tell you how 'desirable' the path is. Photo: Unsplash.

He says designs that conform to generic design guidelines without attempting to understand the place and human behaviour could be to blame.

“There can be a blind obedience with what the design guidelines say and simply pasting that into a real place rather than going to the site and seeing how it works in real life. This ‘helicopter’ design is a problem, because every place is fairly unique and complex in terms of how people appreciate it.

“And the feedback – the desire line – is generally so obvious you can’t miss it.”

Dr Harris says while we often see the goat-track style of desire line form in parks because of bad footpath planning, there are other forms of desire lines that we can observe that also denote poor design choices.

To pave, or not pave?

Rather than trying to design against human nature, Dr Harris says desire lines should guide design. He says to corral people against their will can end up costing more in the long term and reduce the quality of the public domain.

“It’s a fairly common design technique now where you observe and predict where people naturally want to go and then design for that,” he says.

“One way is just to watch where people are tending to walk, mapping the imprints on the ground plane, and then formalising that. Another way is where you look at the doors to places, the entries and exits of space, and you connect them with lines, and then you design around that.” 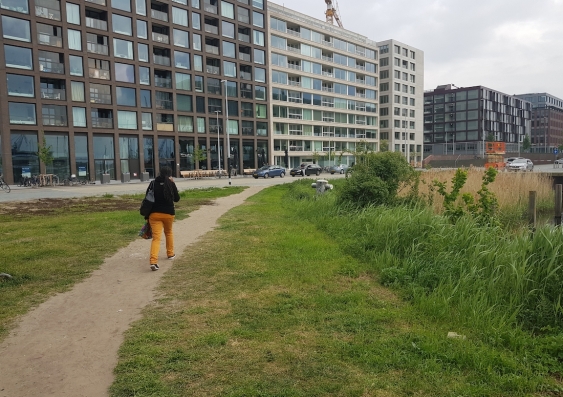 Wisdom of the crowd: if there is a quicker way from A to B, we'll probably take it. Photo: Shutterstock.

Whether to formalise a desire line, depends on many factors but should consider the character of the space and the people using it foremost, he says.

“The informality and serendipity of public space is often what makes places successful, charming, and allowing that to happen in cities has real value,” he says.

While it can be tempting just to pave over and ‘make good’, the decision to formalise a path is something that needs consideration in light of green gentrification, Dr Harris says.

“The tendency is to formalise public spaces, design every inch, and with high-end materials. But this can lead to sterilisation, where the messy charm and character is eradicated.”

Understanding how people naturally want to move through space and appreciating the local character is very important for successful places, he says.

“Public space is complex, especially when you throw in transport infrastructure. These places need to work from an engineering point of view, yes, but also from a social and ecological point of view. That’s why it is important to have genuine engagement across disciplines and scales, from high-level planning to detail design,” he says.

“And at the end of the day, it’s the public who are going to be using the space and [who] will determine whether it’s successful or not.

“And they vote with their feet.”