When public space just isn’t doing its job, the public will take matters into their own hands. 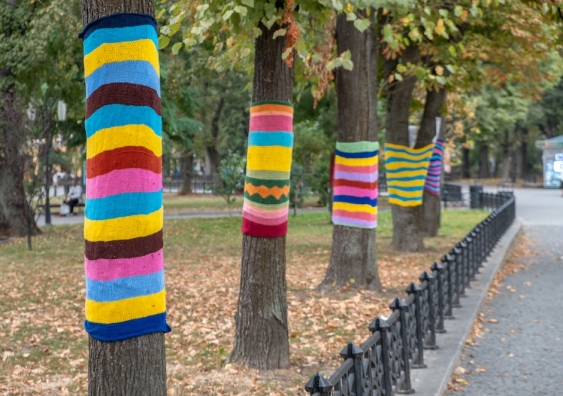 Guerilla knitting or yarn bombing is just one of the ways that citizens make public space their own. Photo: Shutterstock.

The adage goes that if you want something done right, you have to do it yourself. So naturally, when it comes to urban design, if public space isn’t working for people, it turns out that people make public space work for them.

Whether it’s starting a street market, painting rainbow crossings, adding swings to bridges, or gardening on the nature strip, there are many examples of people ‘hacking’ the city to make it more fun, friendly and functional. In the public arena, this approach is often called DIY urbanism – not dissimilar to the do it yourself practices of home improvement but moved beyond the fence line into public space.

UNSW Built Environment’s Dr Cathy Smith says it is driven by a fundamental desire from people to connect to a place. If there is a need not being addressed, or underutilised space, citizens sometimes don’t wait for an answer; they intervene.

“DIY urbanism is just a label that describes a community-driven identification of a need and a mechanism for procuring that need,” she says.

“It can be seen as a form of activism, [but] it’s really about self-identification and individuals advocating for a change in their community... and communicating the individual narratives that make a community unique.” 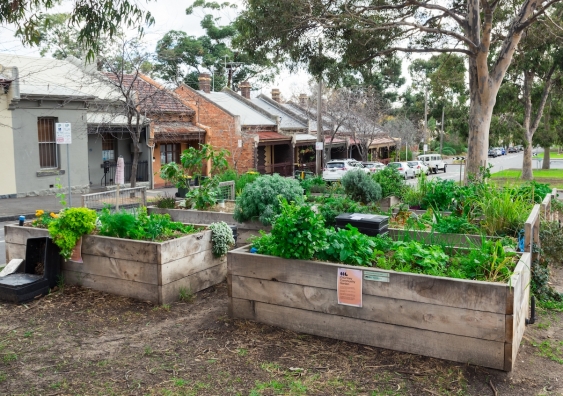 Innovative use of space: a blossoming community garden in the street. Photo: Shutterstock.

Dr Smith says DIY urbanism is not necessarily a rebellion against top-down planning authorities. While some of its more permanent forms such as graffiti art could be considered urban vandalism, others see it as creative placemaking.

This tension arises because while practices might be a form of community expression and give character to a place, they may also operate within a legal grey zone. DIY activations are often unsanctioned without the prior approval of the council or planners.

“People ‘do it yourself’ all the time at various scales, and often in the home; it’s just a part of human nature,” she says. “[But] in the public realm, do-it-yourselfers may however not follow the protocols for creating urban space overseen by councils who try to be conservative in managing [risk].”

Urban environment hacks that do succeed tend to favour low-risk, low-cost and small-scale interventions, that are least likely to fall apart and create risk for the community.

“Often it comes down to whether a project is perceived to be inoffensive, safe and beneficial for the community,” Dr Smith says.

“Community-initiated temporary interventions, such as guerrilla-knitting or putting up a temporary barrier for a bike lane – it might make sense if it’s helping the community [and] it’s not doing anything problematic.

“Another example is Parking Day, which operates within the bounds of the law and the permission of the council to raise awareness of the amount of public space dedicated to car parking. Individuals rent a space for two hours, and instead of people simply parking their car there, they put a chair or some AstroTurf in.”

While individuals and communities initially drive many activations, the ones that lead to long-term improvements tend to incorporate built environment professionals and coordinate better with authorities.

“At a certain scale, it’s a good idea to involve people with expertise, like landscape architects, architects, designers and artists to help drive the initiative. They’re able to consider the risks and safety issues, liaise with the council, think about the legacy of the projects and have the skills to enable it,” Dr Smith says.

Legitimising do it yourself

A temporary activation can also be used as a trial run to support and inspire more permanent change.

“Sometimes projects quite naturally get taken up by councils permanently because they’re sensible,” Dr Smith says. “Even Hosier Lane in Melbourne, which was originally quite radical, naughty and countercultural, eventually became this very tourist-friendly attraction marketed by local authorities today.” 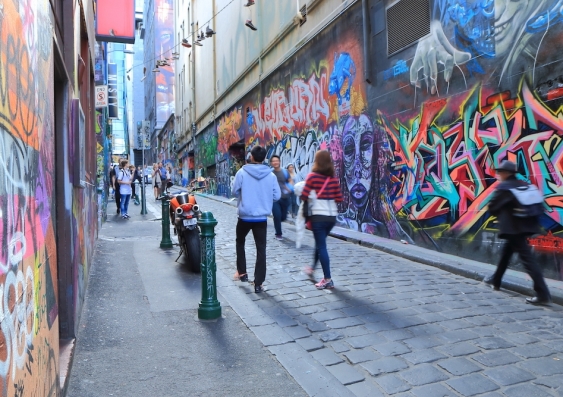 However, formalising DIY practices could also undermine the spontaneous and grassroots aspects of the movement. Just because things that are labelled ‘do it yourself’ does not mean it’s about community, Dr Smith says.

“When something that started as a countercultural practice becomes institutionalised, you have to be wary about the intention,” Dr Smith says.

“There’s a risk that projects using a ‘do it yourself’ aesthetic – the ubiquitous milk crates and handmade cushions – might actually be a form of pop-up consumerism contrary to the original community tenets of DIY.”

Regardless, Dr Smith says some forms of DIY urbanism could eventually become officially embedded in planning policy. Similar practices, such as ‘meanwhile use’– temporary occupancy schemes that reimagine and revive vacant property – have already been written into planning policies in London.

“The key drivers of DIY urbanism and mainstream urban planning are arguably the same—the creation of public spaces for local people,” she says. “Being community-led, DIY urbanists can identify some of the nuanced community needs as they arise, which can inform top-down planning.”

“Ultimately, it involves recognition that communities do have an important role to play in placemaking.”