Many people who object to affordable housing developments have misconceptions about the prospective tenants, write Edgar Liu and Ryan Van den Nouwelant. 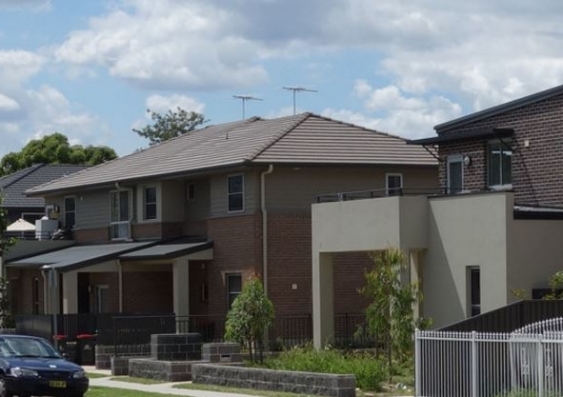 OPINION: A recent application for an eight-room boarding house in the leafy north Sydney suburb of Cromer attracted over 800 objections from residents and the school community.

Proponents of the project, including governments, may be tempted to dismiss these residents as NIMBYs – members of the not-in-my-backyard brigade.

Our research, however, found that ignoring residents' concerns and failing to allay their fears helps nobody – least of all those in dire need of affordable housing options.

We investigated what makes opponents tick and how proponents – including planners, developers, councils and other levels of government – can allay the fears of residents who opposed affordable housing development in their suburbs.

We found that many objectors had misconceptions about prospective affordable housing tenants, assuming they were mostly deviants and undesirables. While this generalised portrayal of boarding house tenants has probably never been fair, it is particularly untrue of the new generation of boarding houses. They are very different products and they target different sections of the community.

Most people are more familiar with traditional boarding houses that offer short-term lodgings with shared bathrooms and informal agreements, like a bed in a backpackers’ dorm.

But new boarding house developments, like those proposed in Cromer and throughout NSW following new planning controls and registration requirements, are a very different product.

The rooms are typically self-contained with kitchenette and en-suite, more akin to studios or “micro-apartments”. They are now also subject to formal occupancy agreements that offer tenants (and landlords) more security and certainty.

With these improvements, however, new boarding houses come at a higher rent and so are often out of reach of the most down-trodden, historically catered for by this form of cheaper accommodation.

As it happens, the new boarding house rules were launched in Sydney around the same time as “micro-apartments” in New York. The two have a lot in common, in both physical form and social purpose, but the difference in reception is stark. New Yorkers have largely hailed them as an innovative response to unaffordable housing; the Sydney case got us to the Cromer and Parramatta protests.

It shows what a difference a name can make.

New boarding houses have these different features because they target a very different market.

A growing section of Australia’s population don’t live in nuclear families, and the housing stock is shifting alongside this. High-density built forms are part of this shift. But there is need for more diverse choices for people who want to continue to enjoy the amenity of suburban neighbourhoods, and keep their existing social networks there.

It’s too early to know for the Cromer case specifically, but in the cases we studied the boarding rooms were intended to meet demand within the local community. These people aren’t looking for family houses and often can’t afford them. However, they are seeking the same “local character” that we found opponents often fear will be lost by the development. It is not in the interests of the landlord or tenant to see the neighbourhood’s character tarnished, nor to have a business model that relies on a diminishing pool of prospective tenants.

Our research also found that opposition often stemmed from the perceived impacts of boarding houses, like additional noise or traffic. However, these impacts come with the people, not housing stock. In many instances, a purposely designed and managed boarding house will be better equipped to minimise, for example, the impacts of noisy students than if those same students were renting a family home.

Neighbourhoods will accommodate their changing community more painlessly if the housing stock is designed to mitigate any impacts. And if residents are informed that affordable housing is intended to ensure their adult children or parents or divorced friends can continue to live locally, they’re less likely to imagine the worst.

Information is the best defence

When change occurs, people often fear the worst. There are no guarantees that better engagement measures will allay everyone’s fears but we found that when affordable housing developers don’t engage well with communities, residents let their imaginations run wild.

Engaging with the most vocal opponents instead of dismissing them as members of the NIMBY crowd will make a difference. At best, affordable housing proponents can get them onside and make them vocal supporters. At the very least, proponents can limit the extent to which fear is spread.