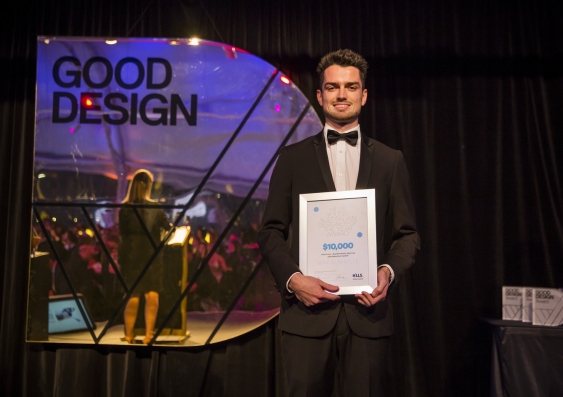 When the winds change, causing dangerous bushfires to suddenly change course, an early-warning system called Fire Front could be the difference between life and death.

UNSW industrial design student Max Glanville, who developed the new fire detection system, has been named the Hills Young Australian Designer of the Year – a new national award for designers, engineers and innovators.

Glanville, who also won the Hills Design and Technology Award, said his “heart almost stopped” when it was announced he had won both prizes.

The final-year student was honoured at the international Good Design Awards in Sydney, where he joined major international designers like innovative car manufacturer Tesla, winner of the best product design award for its Model S.

If it senses dangerous fire conditions, Glanville’s house-mounted system sends an alert to the homeowners through an app. These warnings then feed into a network-wide response that can help protect entire communities. 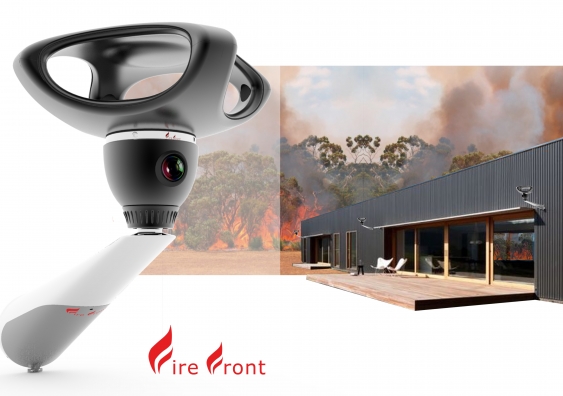 One of the prize judges said: “This design solution is elegant and very well resolved. As a concept, it has real market potential and if implemented, could see a transformation in the way that buildings in bushfire prone areas are monitored and protected.”

Glanville, who won $15,000, said half of the prize money will go towards securing a patent for Fire Front and the other half will help fund his involvement in the Mongol Rally, a car-drive from London to Mongolia that he and two other friends have entered to raise funds for the Cure Brain Cancer Foundation.

“I have plenty of ideas for new designs and I know that travelling will provide me with plenty of creative inspiration but for now I want to focus on getting Fire Front to market after I graduate,” said Glanville.

“My main aim is to continue designing products that are multi-layered and complex and enhance the user experience, in the same way that Fire Front does.”

“The Fire Front design is imaginative and ambitious in that it is a networked solution to a community problem,” says Ward.

“It’s a very interesting model for community cooperation, and a great all-round project in that it combines technical know-how with insightful understanding of the adoption of a new system into people’s lives.”

Two other UNSW industrial design students were finalists in the Hills award.