New research from the CRC for Low Carbon Living shows energy deprivation is becoming more widespread in Australia, with many households compromising health and wellbeing to pay energy bills. 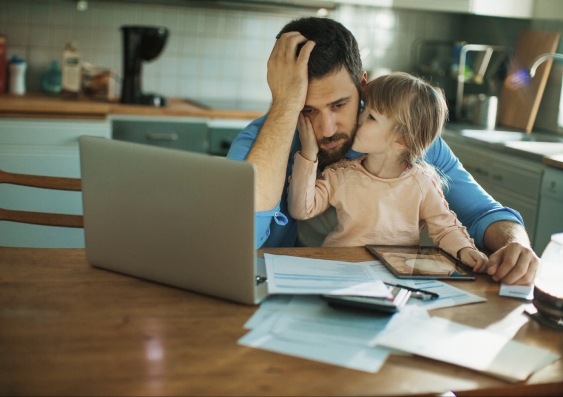 With energy costs rising faster than the cost of living, many lower income households are doing it tough. New research from the CRC for Low Carbon Living shows energy deprivation is becoming more widespread in Australia, and that it is being exacerbated by the difficulty of accessing information and receiving financial assistance, the low quality of many lower-cost homes, and the reluctance of landlords to implement energy performance upgrades to rentals.

Energy deprivation occurs when people spend a disproportionate amount of their disposable income on energy, and this has wider implications for their social lives, education and health. The new CRCLCL study reflects the experiences of 164 lower income households from across metropolitan and regional Australia, and workshops with 33 policymakers and service providers to look at possible solutions.

Project leader Professor Bruce Judd, from UNSW's City Futures Research Centre in the Faculty of Built Environment, said the results of the study provide much needed evidence for policy-makers to address the energy problems faced by socioeconomically disadvantaged Australian households, and that this will in turn help reduce carbon emissions in the built environment.

“Our research found that lower income households are experiencing long delays in receiving energy efficiency advice and notice of assistance programs, and this information is often difficult to understand. What’s more, these households do not always have ready access to a computer, so as government information and access to support programs increasingly goes online, many are missing out on opportunities to reduce their energy bills, and also reduce their carbon footprint,” said Professor Judd.

The study shows addressing energy deprivation is urgent, with most participants saying that energy bills were their third highest household costs after paying for rent/mortgages and food.

Professor Judd said state and territory governments can help by providing simple and eye-catching energy efficiency information in a multitude of formats and access points, while energy providers should look to present bill information more simply, including through infographics.

“Another problem is that because lower income households are less likely to own their own homes, they are often precluded from green energy programs such as solar panel rebates, and landlords are reluctant to introduce upgrades because they do not receive any immediate benefits. This issue of split incentives will likely continue with the latest Census reporting continued rise in renting rather than ownership,” said Professor Judd.

The project’s lead researcher, Dr Edgar Liu, research fellow at City Futures Research Centre, UNSW said changes to tenancy legislation at the state and territory level could give tenants more rights in terms of modifying their rented homes, while at the federal level, tax incentives for landlords who improve the energy efficiency of their investments could have a positive impact.

“Australians are experiencing higher retail electricity prices as a result of more direct and indirect government subsidies being given to the coal industry than the renewable sector, different policies and regulations at the federal and state or territory level, and a lack of competition and consumer choice in some jurisdictions. We need to see a greater proportion of renewable energy generated nationally, and this requires regulatory change at the federal level.

“The study shows addressing energy deprivation is urgent, with most participants saying that energy bills were their third highest household costs after paying for rent/mortgages and food, and many having to make compromises in their health, wellbeing and social engagement to prioritise energy bills,” he said.

“The CRC for Low Carbon Living’s research projects are contributing positively to policy and industry discussions on how we can lower carbon emissions in the built environment while improving people’s standard of living and health,” said Professor Prasad.

“I trust this latest CRCLCL report provides government and industry decision-makers with valuable information and some added encouragement to continue taking positive action in this space,” he said.