Exploring the currency of cultural leadership

What does it mean to be a young cultural leader in Australia today? 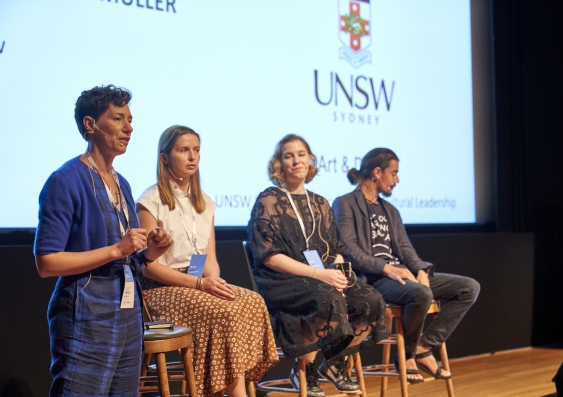 “You can’t be a leader all the time,” says UNSW Art & Design alumni Hannah Jenkins. “It’s very much about recognising what needs to be done and making the choice to do something rather than being in a continuous position of power.

“[Today] cultural leadership is much more of an anti-hierarchical, communal approach to change.”

“The conversation is changing,” agrees alumna Lucy Stranger. The future of the Australian cultural landscape seems more dynamic, she says.

Hannah Jenkins and Lucy Stranger, who both graduated from the Master of Curating & Cultural Leadership, joined current student Wesley Shaw to discuss their ideas on contemporary cultural leadership, on a panel at Communicating the Arts, a conference held at the Art Gallery of New South Wales last year.

“One of the really important parts of cultural leadership is that it’s not about telling communities what to do or what to think,” says UNSW Associate Professor Lizzie Muller, who moderated the panel. “It’s about creating spaces for dialogue, representing the beliefs, the feelings, the experiences of people in the community.”

Lucy, a writer and curator who grew up in rural New South Wales, is the Curator at Orange Regional Gallery. In 2018, she curated ‘Eyes on Australia’ for an international photography festival in North Carolina which she then took to China in 2019.

“Leadership for me is how you can affect positive change in your community,” Lucy says. “And that involves looking at how we can continue to develop and support art practitioners in rural areas.

“Rural art spaces are creating their own content and are able to contribute to the cultural conversation nationally as well as internationally.”

The demographics in rural areas are shifting, with young professionals moving from the city to regional areas due to job opportunities and the lower cost of living, she says.

“We are also at a point where regional art galleries are being really well supported by the state government,” she says.

“People will hopefully understand the potential of art and what it can do for them and have a greater understanding of its potential and how it can impact or express their daily lives.” 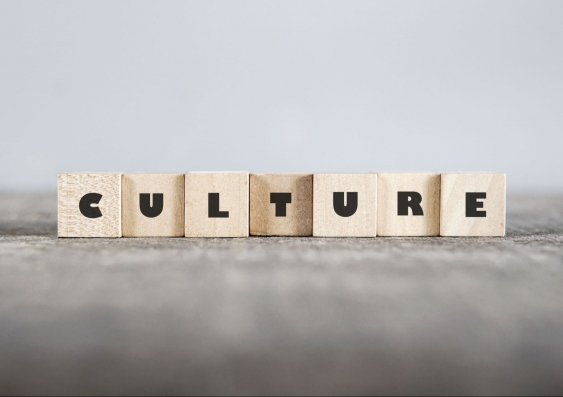 Hannah sees the future of Australia’s cultural landscape “as being interlinked and co-dependent” on the national and international context. Our cultural landscape doesn’t exist in a bubble, they say, but what is produced and valued is intrinsically linked to so many other factors such as workers’ rights, immigration and the environment.

“This also extends to the international level where we have to be extremely aware of how provincial and underfunded the arts are in Australia, compared to other areas. It’s important to look abroad for alternate models of operation and to see what is possible for the future.”

Hannah, who is the Assistant Editor at the online arts platform Running Dog, says that working there has made them a stronger writer and editor. “Running Dog has been, and continues to be, a valuable experience simply through the “doing” of writing and editing. Sometimes you just need to put things into practice and learn on the go,” Hannah says.

“I’ve learnt so much about the way communication and relationships work in how we talk about art and I've found that it's the thing that I'm most passionate about. It's an area that I think I can really challenge expectations and assumptions in,” Hannah says. They also contribute to Art Almanac and Overland among others.

“There’s the neo-liberal narrative of having to succeed alone but in the short time I’ve worked in the arts, I’ve found the most valuable and “successful” experiences come from community and working with others,” Hannah says.

"I really feel like there is this new breed, this new generation," says Associate Professor Muller who designed the Master's program in 2015 to foster a unique approach to leadership in the culture and creative industries.

“When the Masters of Curating and Cultural Leadership started five years ago, people were worried about the notion of cultural leadership because not everyone can be a leader. I think these graduates are proving that's actually not true.

Share don’t scare: we need to nurture (and learn from) young cultural leaders