Found in translation: jewellery design that tells a cross-cultural narrative 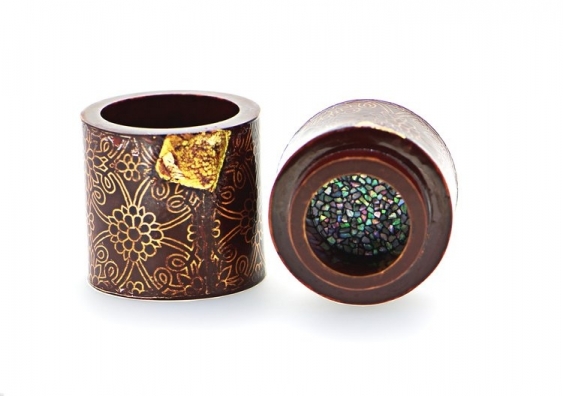 The allure of Bic Tieu’s art-objects is self-evident. Working with metals, timber and lacquer, she makes jewellery and vessels inspired by Asian sensibilities. Svelte in form and intricately textured, they speak to the Eastern philosophy that the universe is contained in (sm)all things.

But Ms Tieu’s designs are more than just ornamentation. They are inscribed with narratives of cross-cultural identity. Her work is framed by both her emigrational experience and the contemporary Australian context, she says.

“We largely connect our identities to [our] cultures,” the educator, academic and alumna of UNSW Art & Design says. “I create jewellery and objects to shift [these] intercultural values and perspectives.

“It is a form of translation that is about preserving memory, capturing history, material technology, hand skills and perspective.”

Her approach marries traditional artisan crafts with modern technologies, hand with machine skills. Through this hybrid approach, her visual design language connects “past and present, East and West, and old and new”, she says. 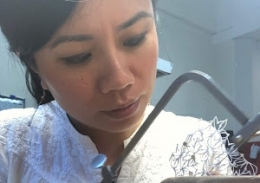 Ms Tieu grew up in Sydney’s Southwest with traditional Chinese values. Her heritage is Australian-Chinese via Vietnam, with generations of her family migrating from mainland China to Vietnam to Australia to escape poverty and the politics of the Vietnam war. Ms Tieu herself was born in an Indonesian refugee camp en route.

Her family home was shaped by Feng Shui and filled with orchids and succulents (a family side-business), and black lacquered decorative panels with mother of pearl inlay. These ornamental pieces were brought back from return trips to Vietnam.

Chinese cultural beliefs prescribed everything from which direction to face when sleeping to what sacrifice to make for an ancestor to carrying Buddhist paper amulets to ward off bad energy, she says.

Her work explores this transnational experience and aesthetic, realising the complexity of cross-cultural identity through her use of diverse forms, techniques and visual language.

“As a migrant woman of [the] Southeast Asian diaspora living in-between eastern and western experiences, I see my work as a continuous dialogue,” she says. “In creating work which draws from my intercultural perspectives, the jewellery and objects I make form common and relatable narratives of a shared [migrant] experience.” 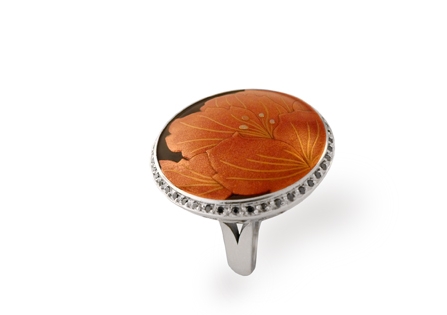 A fusion of old and new worlds

She translates old-world floral motifs into a contemporary context using graphic design programs, like Adobe Illustrator and Photoshop, and then applying them to the art object.

“[While] the images used in my designs are derived directly from the ornamentation of [East Asian] lacquerware dating as far as five thousand years back,” she says, “technology has also assimilated itself into my creative output. The photocopier, scanner, computer and laser engraver are employed as part of my jewellery practice.

“I combine [acid-etching and laser-engraving] with silver smithing techniques to create work which reflects historically on a culture of lacquer in pursuit of contemporary jewellery wear.”

Through this fusion of tech and tradition, each piece contributes to new perspectives on contemporary object-making and meaning, in particular the impact of migration on cultural identity, she says.

“I often [also] make small boxes and containers,” she says. “Boxes, containers make great archetypes and metaphors for flows of ideas and communication. We can position anything from the macro into the micro.” 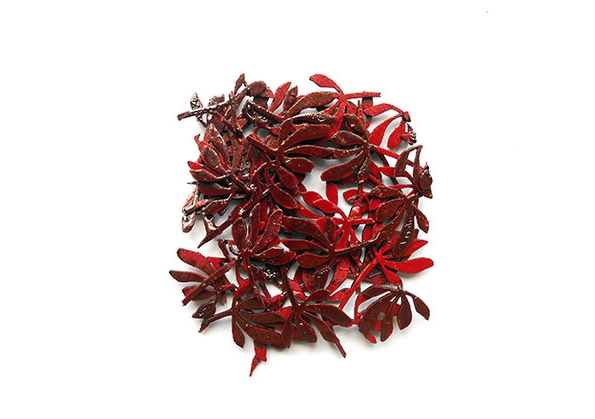 Kangaroo Paw Brooches, 2018, Japanese lacquer, timber ply, sterling silver, mother of pearl powder and stainless steel. These brooches articulate transnationalism through the repetition of the Australian flora kangaroo paws. “I have re-imagined them to be like a hand,” Ms Tieu says. “The metaphorical act of touching the various cultural spaces within my Australian identity.” Photo: Bic Tieu

Japan’s reverence for fine craftsmanship in particular has had a profound effect on Ms Tieu’s design practice. A chance encounter with a text on East Asian lacquer techniques in her final year at UNSW Art & Design piqued her interest.

Dating back to the Edo era, the traditional craft of lacquer, derived from tree sap, has been described as “unforgiving”. But the ritual – with all its “elaborate detail and expression” – seduced, steering her craft in a definitive new direction, she says.

While Ms Tieu studied Vietnamese lacquer, as part of her Master of Design (Honours) degree, it was Japanese lacquer – maki-e – that captivated. In 2009, courtesy of an Asialink Residency and Ian Potter Cultural Trust, she was invited to take up a formal two-year residency at the world-famous Kitamura Koubou Studios in Wajima, Japan with maki-e master Kitamura Tatsuo.

“It’s one of the most challenging and rewarding things I’ve done,” she says. Kitamura’s strict standards saw her tracing flowers, birds and trees to improve the beauty of her lines, eight hours a day, six days a week, for the first four months of her apprenticeship.

“Kitamura-san sent me outside to study how the flowers fell from the branches, so I could capture their sensibility,” she says.

She remains the only Australian practitioner, and one of the few non-Japanese, to become accomplished in the traditional craft. 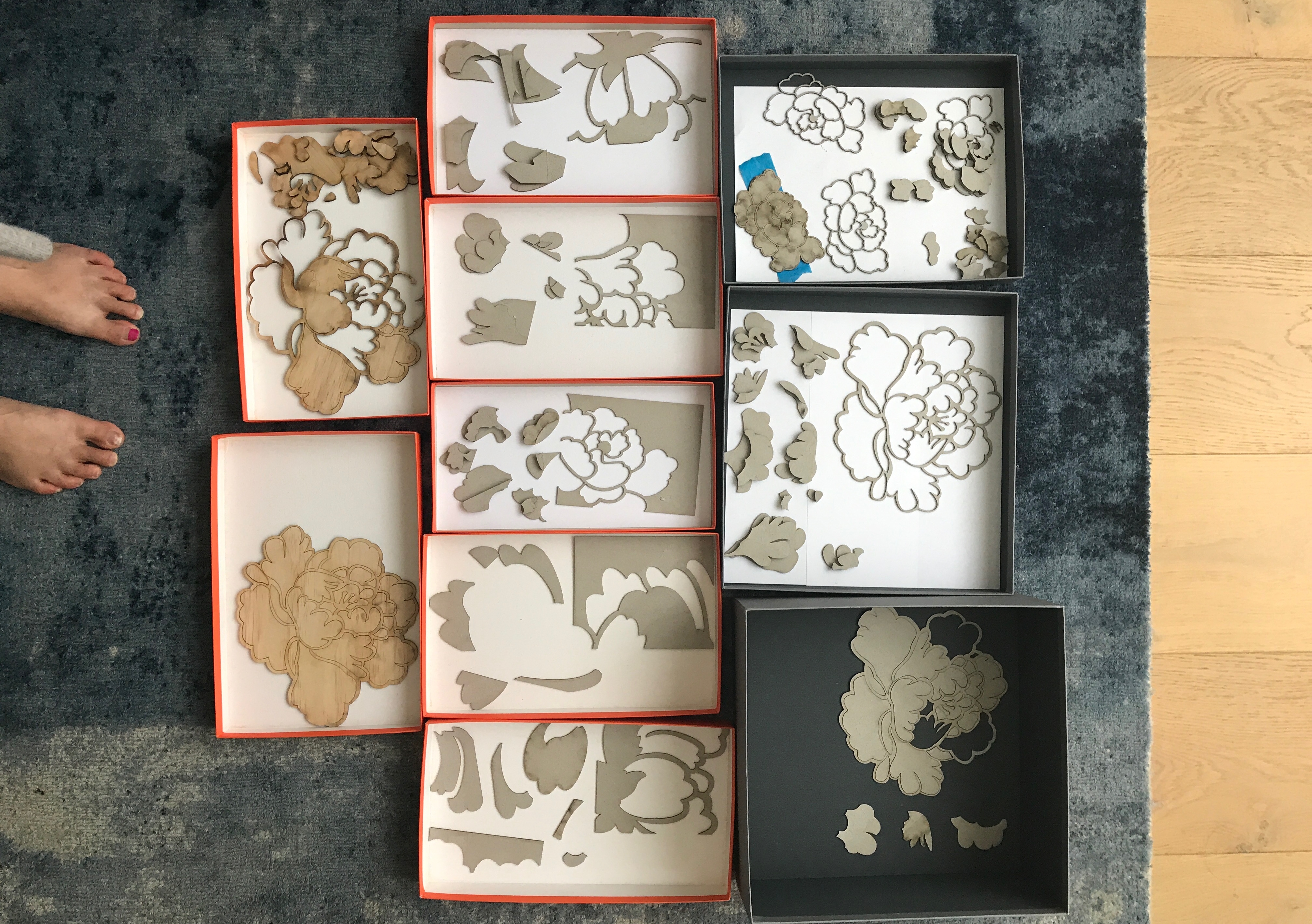 The transformative power of working by hand 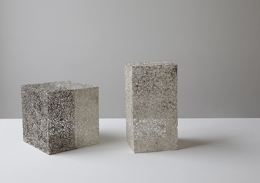 Ms Tieu is currently working on her PhD project (pictured) using cultural objects to explore the impacts of migration. It draws on her personal experience as an Australian woman living between the Eastern and Western spheres. Photo: Bic Tieu

Today Ms Tieu’s home studio in Sydney’s Innerwest is a haven of succulents, monstera and her treasured Hoyas, native East Asian flowers known for their waxy porcelain-like blooms. While her practice continues to morph, working by hand remains integral. It creates a powerful connection to past and present traditions of making, Ms Tieu says.

“It is the material innovation [of working with lacquer] – its relationship to hand skills, specialised tools and challenges – which has drawn me back and back again.

“Metal and lacquer are mysterious to the hand in that they coalesce and produce constant wonder. I still have so much to learn about these mediums and their potential to evolve and forge new dialogues in the ever-changing contemporary world.”

Scribbly gums and sublime peaks: jewellery that speaks to place and finding your own path