Nora Heysen was the first woman to be awarded the Archibald Prize, but for most of her life she was defined not by her art, but by her relationship to her famous father, the artist Hans Heysen. 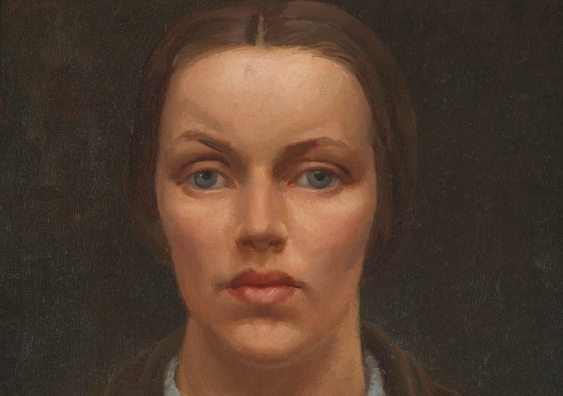 The story began, “Miss Nora Heysen, daughter of the famous Adelaide landscape painter, Hans Heysen,..” The writer was more interested in stating the importance of Hans Heysen as “the incomparable painter of the Australian gum-tree” than in the artist who won the prize. 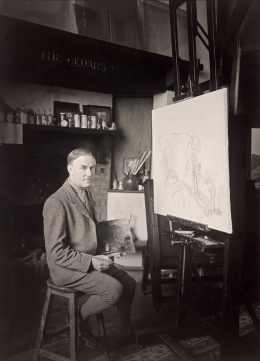 With a name as famous as “Heysen”, Nora could never escape the presence of her father. The media was also fascinated by her gender. Nora Heysen was the first woman to be awarded the Archibald, the most lucrative of all Australian art prizes, judged by a conservative arts establishment consisting entirely of men.

While some previous Archibald winners are familiar to students of Australian art history, it is fair to say that Ernest Buckmaster, W B McInnes and Charles Wheeler are today less highly regarded than they were in their lifetimes.

Yet these men were awarded the Archibald at the same time as today’s heroines of Australian modernism – Grace Cossington Smith, Grace Crowley and Dorrit Black – were working in obscurity.

Cossington Smith, despite regularly exhibiting her work, was most commonly seen as a “lady amateur”. Black founded the Modern Art Centre in Sydney before returning to her native Adelaide in 1935, yet in her lifetime she was totally ignored by the art establishment. 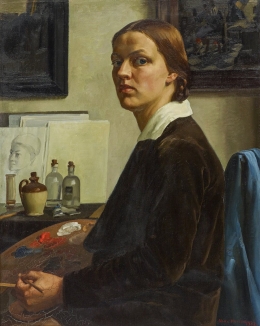 Crowley, who initially worked with Black, joined with Rah Fizelle to create the Crowley-Fizelle school. By the late 1930s, this was the principal centre for modernist painting and the nursery for abstract art in this country. The pair received so little attention that towards the end of Crowley’s life she described herself and her colleagues as being “the most extinguished artists” in Australia.

Those women artists, such as Margaret Preston and Thea Proctor who did have a public presence, were recognised more for their “decorative” graphic art than for the “serious” business of portraits or landscapes.

Heysen was not the only woman painting in an academic tradition to exhibit in the 1938 Archibald Prize exhibition. The Sydney Morning Herald’s review noted portraits by Tempe Manning, Dora Wilson and Violet McInnes. The critic, Kenneth Wilkinson, paid special attention to the self-portrait by Mary Edwards, claiming that “the canvas has been painted with much sensitivity and feeling”.

He was not so kind to most of the other entries, describing them as “drab”. However:

In the midst of these sober surroundings Miss Heysen’s portrait stands out in joyous style. It is not a masterpiece in the sense that the late George Lambert’s character studies were masterpieces, but it contains many fine qualities. The hands have a tender fragility that depends on clever use of paint. The figure has a concentrated poise which accords with the Oriental gown Madame Schuurman is wearing. The reflected lights in the skin are many and complex. The red curtain is bold, yet warm, and the area of green at the left shimmers with lovely light.

It was not surprising that it had taken the Trustees only an hour to find the winner. Heysen had also submitted a more conventional portrait of a barrister, but the Trustees had been entranced by the beautiful Eurasian woman with a Chinese cloak. As Nora later noted, “They gave it to the woman because she looked so beautiful. They were all men judges.” 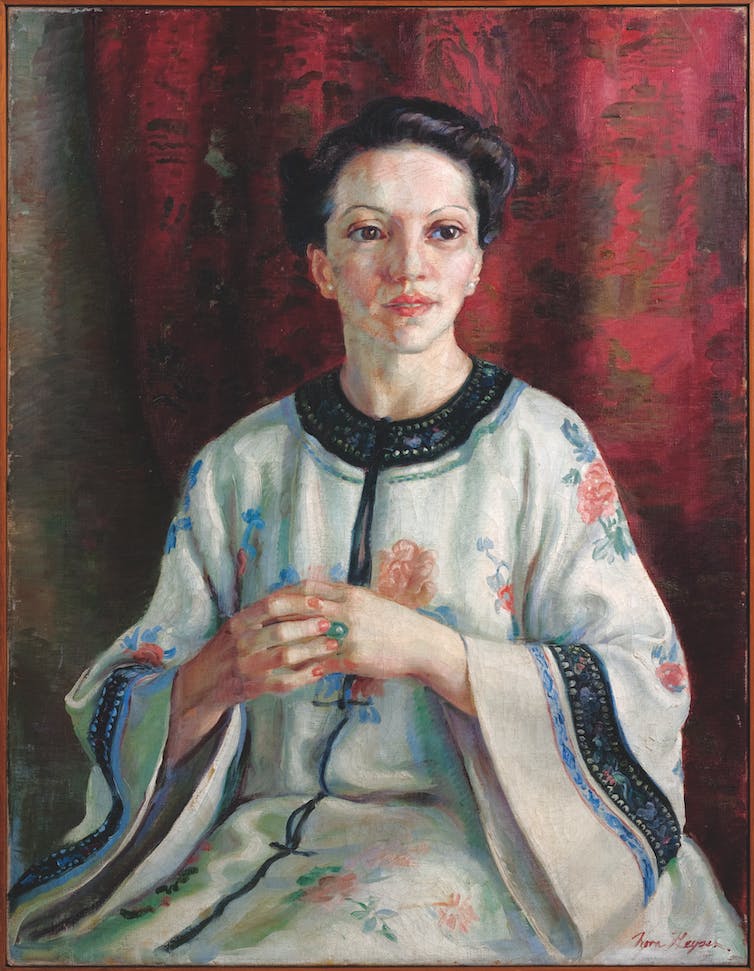 Although Nora Heysen had first learnt to draw in her father’s studio, her mature work owes more to subsequent studies in London where she met the artist Lucien Pissarro. He told her to, “Do away with the earth colours”. 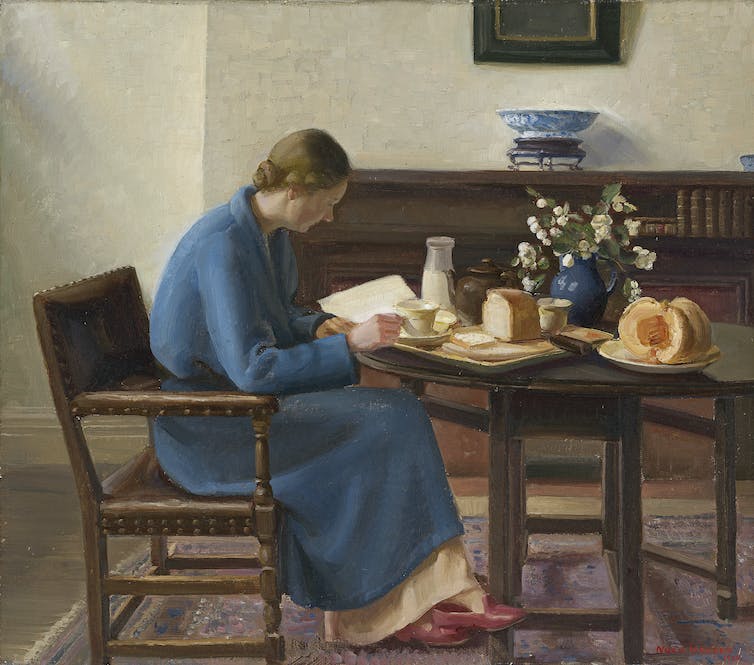 Later she visited Paris where she saw works by the Impressionists and as she said, “I was never the same again”.

When she returned to Australia, her father did not appreciate her new painterly style and colour cleansed of any brown tones. Despite their close and loving relationship, Hans Heysen never could understand his daughter’s need for a separate identity.

When she was in London, painting in an environment that defined her by her work rather than her family, she had begun to sign her name differently. When she sent works home to Australia to sell, she signed them “Nora H”. Her father thought she was being absent-minded and completed the signature as “Heysen”. 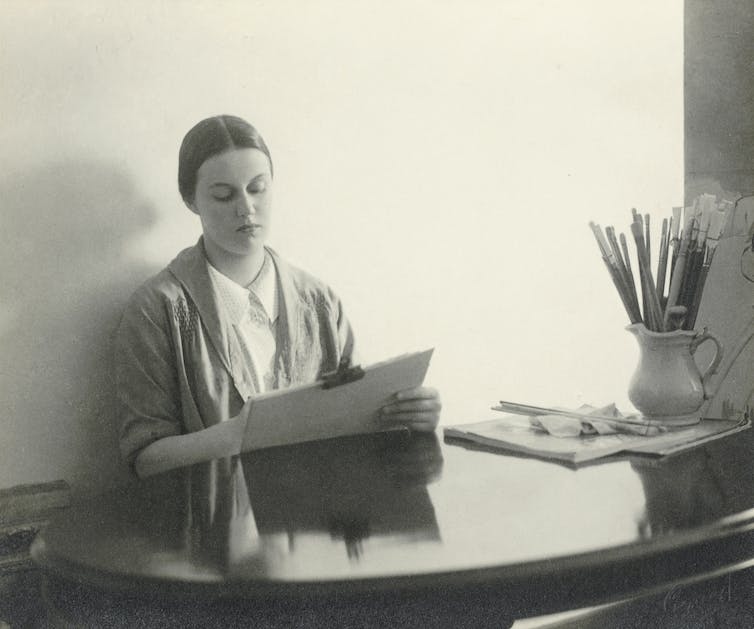 With her mother’s active support Nora Heysen quietly set herself on a distinctively different path. She settled in Sydney, far away from the family home in Hahndorf. Hans Heysen painted landscapes. Even though she was easily able to mimic Hans’s distinctive gum trees, Nora painted portraits. She once said, “I thought father had a copyright on the gum trees really”. 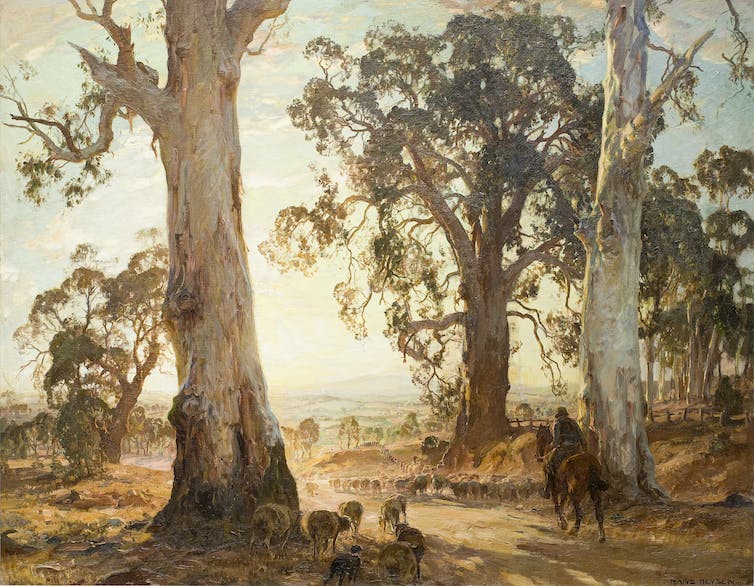 Both of the Heysens painted flowers, but her bright clean tones often quoted 17th Century Dutch art, while his were more a continuation of his love of the French artist Henri Fantin-Latour.

Heysen’s use of colour, as well as her family connections, meant that her works were readily accepted for exhibition at Sydney’s Society of Artists, where several prominent members were Trustees at the Art Gallery of New South Wales, and therefore judges of the Archibald prize. 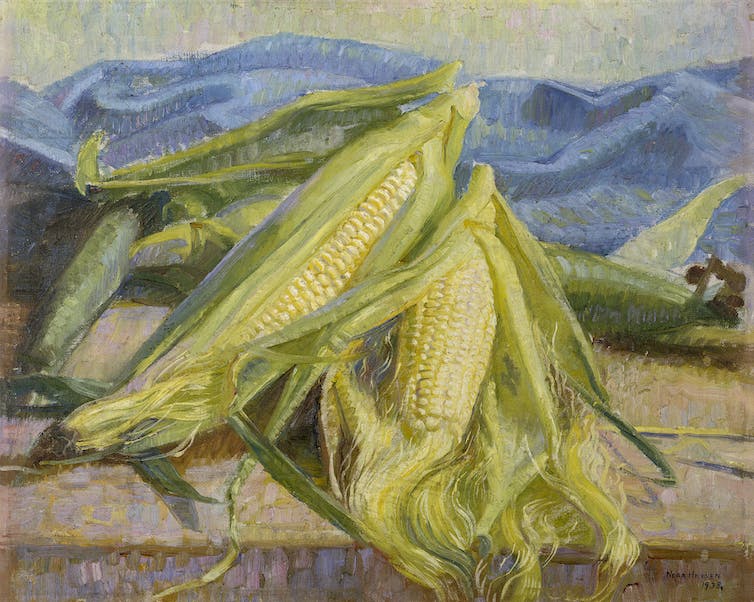 Still, after her win, most newspapers and magazines were more interested in Nora Heysen’s cooking, leisure and domestic activities than her art. According to the Adelaide News:

Marriage is beyond the ambit of Miss Heysen’s plans — it would interfere with her paintings, she said in Sydney today. Miss Heysen said there was no reason whatever why women should not be as good painters as men. ‘The difficulty is that they get married and are tied up to domestic life,’ she said. ‘I am going to stick to painting.’

She knew the reality of what marriage meant to talented women artists. Her mother, the talented Selma Bartels, had abandoned art for domesticity and eight children. Heysen said, “I think at times she was bitter about it, that she’d given it all away.” 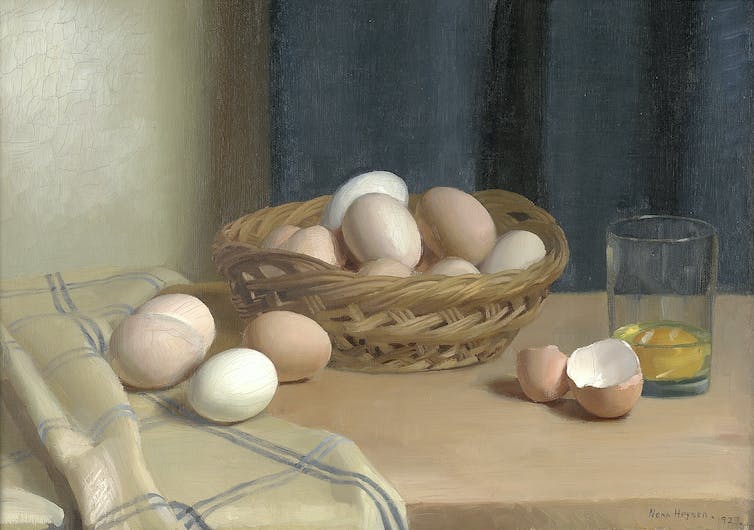 The artist Max Meldrum avoided commentary on Nora’s art after her win, but felt free to discuss the issue of gender with The Sun’s reporter:

“If I were a woman,” he said. “I would certainly prefer raising a healthy family to a career in art. …. A great artist has to tread a lonely road. He needs all the manly qualities — courage, strength and endurance… I believe that such a life is unnatural and impossible for a woman.” 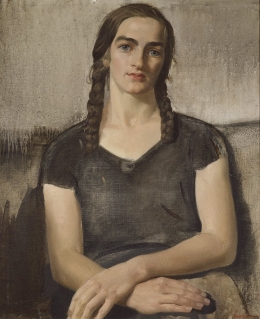 The attack came as a surprise to the artist. In the aftermath of her win, she was commissioned to paint several portraits, including one of Lionel Lindsay, commissioned by Sir James MacGregor. Both subject and patron had been Archibald judges. Although she enjoyed painting portraits of people she knew, she did not enjoy commissions. She said, “I’d rather go and make roads, I think, than paint commissioned portraits.”

In 1943, with MacGregor’s support, she became the first woman to be appointed an official Australian War Artist. As well as painting portraits of many women serving in the armed forces, she travelled to New Guinea to record the activities of nurses in recaptured areas. She found the experience frustrating as often, “I couldn’t do the work that I wanted to do because you didn’t have the freedom to do it.”

Because of the conditions under which she worked, most of the New Guinea works are drawings and small paintings. The heavily gendered nature of the Australian armed forces meant that she had little contact with other War artists, who were more closely embedded with the soldiers. 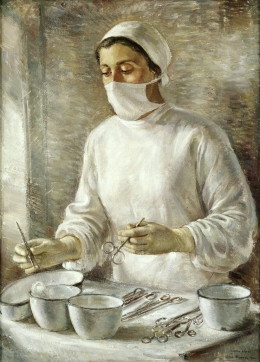 It was while she was in New Guinea that Heysen met the pathologist Dr Robert Black, who she described as “my first love affair”. He was married with a child and his wife was not willing to divorce. After the war they lived together in Sydney for some years, flouting convention and scandalising her family. In 1953, the day after Black’s divorce was finalised, they married. By then it was too late for her to have children.

Despite her earlier statement, she had always wanted a child and often made children the subject of her art. The couple moved to Hunters Hill, to house with a large garden and many cats, which was to be her home for the rest of her life. She described herself as “a general provider for animals and all the strays”, which came to her garden. Heysen accompanied Black on his research excursions to New Guinea and the Solomon Islands, which also became the subjects of her art.

Marriage was less than conducive to the quality of Heysen’s art. She later described her work of that period as “uneven”. The 1950s, when the dominant narrative for women was domesticity, was not a good time to be a woman artist, or indeed a woman in any profession. After 20 years the marriage foundered, and Black moved to a new relationship. 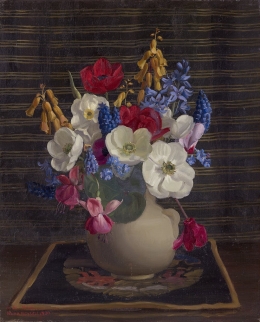 Nora Heysen continued to paint, but faded from public view. She continued to hold occasional exhibitions, including a joint exhibition with her father in 1963. Her subjects were from her daily life: cats, flowers from the garden, friends’ children.

As her eyesight began to deteriorate she turned to drawing in pastels. In October 1962, the same year that her mother died, John Hetherington wrote an extended article on Nora Heysen, defining her as the daughter of a famous father. It was given the heading: “I don’t know if I exist in my own right”.

This was also the year of the first edition of Bernard Smith’s Australian Painting, the book that effectively defined Australian art for a generation. Nora Heysen was not mentioned. She had vanished from the official narrative of Australian art. 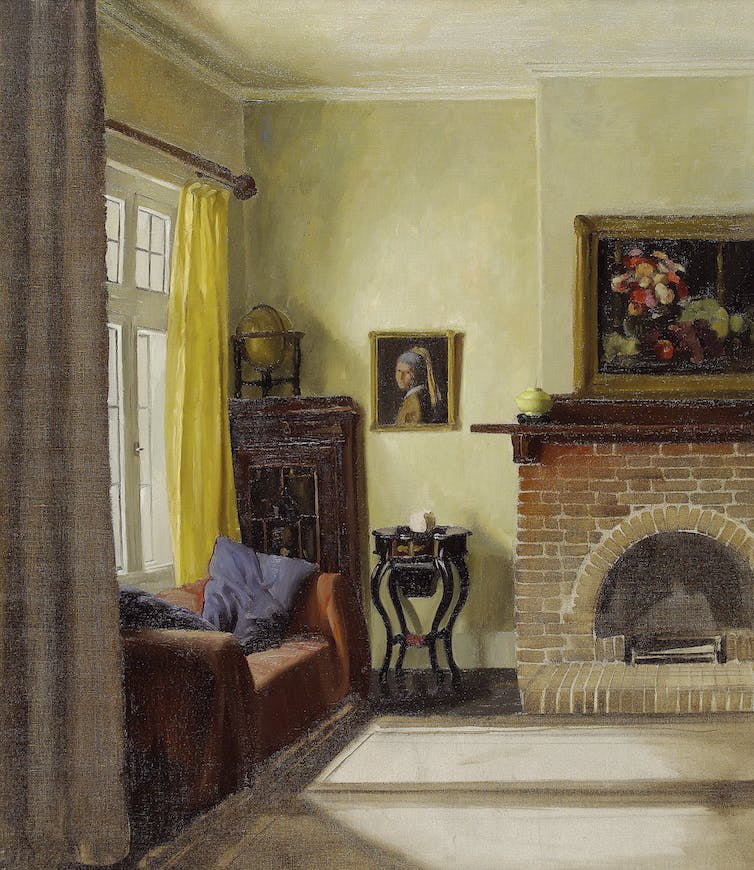 The rediscovery of Nora Heysen’s art was triggered by the new wave feminism of the 1970s. Her work was included in the ground breaking exhibition Australian Women Artists: One Hundred Years of 1975. In 1985, she was given a small retrospective exhibition at the Old Clarendon Gallery in South Australia, a minor honour.

The first significant recognition of the range and strength of her art came in 1989 when Lou Klepac curated a full scale retrospective for the National Trust’s S.H. Ervin Museum and Art Gallery. She later said, “I’ve only just thought that I am a person, painter, in my own right since Lou Klepac discovered me and put on this retrospective show.” In 2000 Klepac curated a further Nora Heysen exhibition for the National Library of Australia. 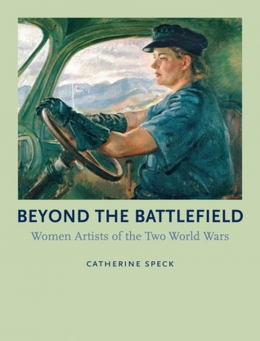 Success breeds success. Nora Heysen’s significance as an official war artist meant that she was a dominant figure in the Australian War Memorial’s 1994 exhibition of women war artists. Her importance as a war artist was further recognised in 2014 when her painting, Transport Driver (Aircraftwoman Florence Miles), was selected as the cover image for Catherine Speck’s Beyond the Battlefield: Women Artists of the Two World Wars.

Speck had earlier written on Nora Heysen and the way in which father and daughter interacted in Heysen to Heysen, a detailed study of the father/daughter bond as recorded in their correspondence.

In 1993, Nora Heysen was honoured by an Australia Council Award for Achievement in the Arts; an Order of Australia came in 1998. The awards were recognition of her own achievements as an artist and the significance of an enduring career. She died in 2003 at the age of 92, still living in the house at Hunters Hill, embedded in its garden. 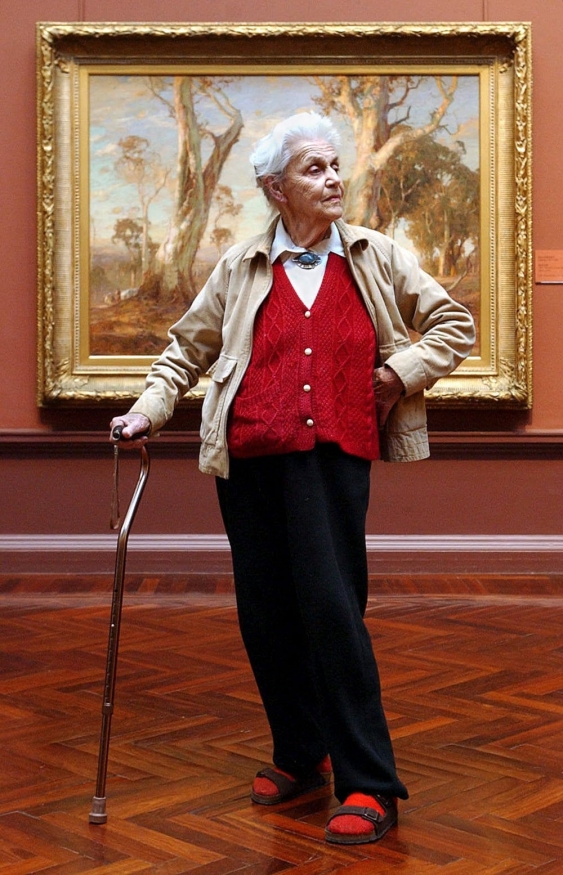 The National Gallery of Victoria’s new exhibition, Hans and Nora Heysen: Two generations of Australian Art shows how their relationship was both a blessing and a curse. The Heysen name eased her path, but even in her greatest triumph she was still defined as being her father’s daughter.

The exhibition Hans and Nora Heysen: Two Generations of Australia Art is at the NGV Australia from March 8-July 28.

A delightfully playful portrait, a historic moment for landscape painting