Opinion Getting the governance right for Sydney’s second airport

The proposed Badgerys Creek airport could be a major catalyst for regional economic growth, but do we have the planning systems to optimise the outcome, asks Rob Freestone. 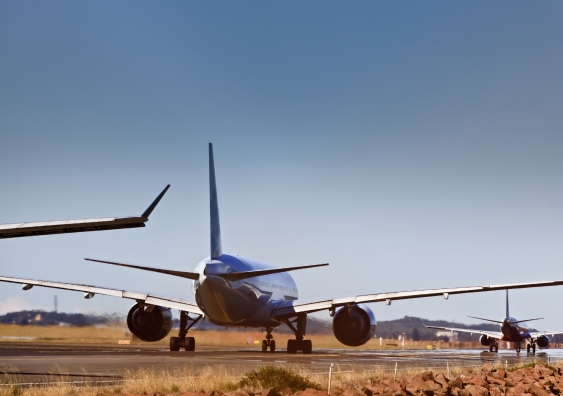 A multiplicity of stakeholders will make it happen and capitalise on its presence. Do we have planning systems to optimise the outcome?

That the future airport is on the map is a good start because with no federal government commitment forthcoming until April 2014, the Badgery’s Creek site officially didn’t exist.

How times have changed. With planning agendas at every scale now driven by employment sustainability, the prospect of a growth generator as massive as an airport is a gift from the economic gods.

The buzz was certainly upbeat at the well-attended NSW Business Chamber conference on WSA. The value of the new airport was declared a no-brainer with the overall impact on the Western Sydney economy over the period 2020 to 2050 estimated at between $9.2 and $15.6 billion.

If anything, what came out of the conference was even bigger picture thinking which broke beyond the narrative of WSA as a secondary, supplementary airport for freight and low cost carriers into something more akin to a full service facility and deserving express train connections to eastern Sydney.

International guest speaker John Kasarda made the bold provocation that WSA should become Sydney’s principal gateway and the site of Kingsford Smith Airport (KSA) recycled into an urban renewal opportunity.

For well over a decade the indefatigable Kasarda has spruiked his aerotropolis concept with dogged single-mindedness. Meaning an entire city geared around aviation connectivity, it’s a greenhouse nightmare but perfectly in tune with the neo-liberal times where global city competiveness pervasively drives urban policy.

There is logic in a central mantra of intertwining airport, economic and regional planning. Yet spatial planning generally was not one of the major themes of the conference.

The airport is not an island. Ensuring that planning controls and processes around the airport complement the airport master plan (and vice versa) will be paramount.

This is where critical unstated challenges lie. WSA is purely a federal responsibility. But outside the airport fence there is a more complex spatial governance to negotiate including, for starters, the federal-state road infrastructure plan, local environmental planning by Liverpool and Penrith, legacy provisions of the Growth Centres Commission, and the structure planning for the state-administered Western Sydney Employment Lands.

There is already a good deal of conversation happening which is encouraging, and more is to come as the Commonwealth winds up its obligated consultation with Sydney Airport and gets down to business on a contractual package.

The pointy end of negotiations notwithstanding, it seems inconceivable that Sydney Airport would not be very interested in taking up this option. Why give a give a free kick to a competitor airport operator, especially with the assurances on the day that there would be no mandated curfew like that shackling present night-time operations. Moreover, at 1700 ha the airport site offers considerably more opportunities for revenue-raising commercial property development than at landlocked KSA.

But as a ‘game changer for western Sydney’, to quote Deputy PM Truss, planning and development of WSA requires a larger scale of reference to negotiate and balance what will be conflicting and competitive interests from three levels of government, developers, commercial and community interests.

There has previously been talk of a specialised airport delivery authority from the Western Sydney Airport Alliance and others. But the case for larger scale thinking is surfacing.

Independently, the CEO of Lend Lease Property mooted a single airport precinct authority on the grounds that business prefers a single one-stop-shop client.

Liverpool Council also endorsed preparation of a comprehensive land use strategy for the land around WSA.

Just how to move forward is uncertain.

The Plan for Growing Sydney supports WSA as ‘an aviation and services centre’ but the sub-regional planning required is confounded by the site being located on the border of the western and south-western planning regions.

The promised Greater Sydney Commission will play a role. NSW Opposition Leader Luke Foley says he cannot think of ‘a more important single task’ for it than WSA.

There is a case for fast-tracking them into existence as soon as the federal government chooses its airport lessee company likely sometime in 2016.

Coordination forums encourage strategic partnerships and dialogue between airport operators and land use planning and transport planning authorities from state and local government.

Adequately resourced, a WSA planning coordination forum may well be a pragmatic governance layer to promote integrated and collaborative planning for the wider airport-related area.

Even starting small, WSA is a massive project that will not only transform its greenfields site but have profound effects on, and planning implications for, the surrounding area, western Sydney and the Sydney metropolitan area as a whole.

Rob Freestone is Professor of Planning in UNSW Built Environment.

This article was first published in Fifth Estate.

Finding our “place” in Australia’s cities

Six things we must do now for a more workable Sydney