Opinion Getting with the Program: Brandis releases his draft arts funding guidelines

The last time a minister was able to micro-manage individual grants was back in the 1950s when Menzies oversaw the Commonwealth Literary Fund, writes Joanna Mendelssohn. 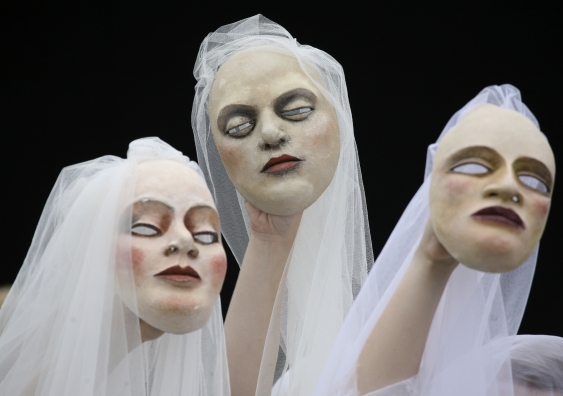 OPINION: Almost two months after the arts community discovered that A$104.7 million had been hived off the Australia Council’s budget and redirected to a new National Program for Excellence in the Arts (NPEA), the draft funding guidelines have finally been released. Bearing in mind that the Australia Council’s first response to the sudden reduction in its budget was to suspend six-year funding for arts organisations as well as cancelling its June funding round, this announcement can hardly be described as premature.

Arts practitioners, organisations and commentators are now anxiously parsing the document to try to see what is both written in the text and implied in the subtext. As actual knowledge of what is planned is relatively thin on the ground it is fair to assume there will be some fairly fanciful theories of the conspiracy kind. They may even turn out to be true – but no one (except perhaps the Minister for the Arts, George Brandis) actually knows.

There has been at least some effort to mollify those of us who support standard Australian spelling. “The Programme” is now “the Program”, a triumph for the Macquarie Dictionary and all who support it.

In more substantial matters there is some sense of continuity.

Those major organisations that were to receive six-year funding, thus enabling forward planning of major events, will now go to the ministry with a four-year schedule.

Exhibition programs for national and state galleries and museums (including the Asia-Pacific Triennial, the Biennale of Sydney and the Adelaide Biennial) will come under this program, as will Opera Australia, the Australian Ballet, Symphony orchestras and the major theatre companies.

There is a stated aim for the arts to become an aspect of international diplomacy. This is in line with Australian foreign policy directions for at least the last 50 years.

I understand that senior arts administrators were on the receiving end of discreet communications urging them not to protest at the cuts because they would be safe.

Other areas of funding appear to be less secure.

While the Australia Council continues to fund individuals, NPEA will only fund organisations that have as their “principal purpose” the arts. This includes: the performing and visual arts, cross-artform and digital arts, arts training and collecting institutions whether at a national, regional or community level.

The schema would therefore appear to preclude most book publishers. Writers, who tend to be sole practitioners, are already disadvantaged in the funding game. As publishers are increasingly asking for a subsidy under circumstances where they used to offer an advance, this does not augur well for the national debate.

While experimental cross-disciplinary art forms will be supported “interactive games” are specifically excluded. Bearing in mind that some of the most innovative and creative narratives are now being spun in the form of games this is a fairly reactionary exclusion.

Arts organisations will be supported if they can contribute to a “confident, outward-focused arts sector”, which could be a problem for those creating reflective analytical works.

There is a problem with the money. The A$104.7 million deleted from the next four years of the Australia Council’s budget has been translated into A$80 million for the ministry. While A$24.7 million is not much in the big picture of a national budget, it is significant in the small arts budget. Is this A$24.7 million a reflection of the extra administration costs? If not, where is it going to?

Some of the draft guidelines sound familiar.

There have been many generations of arts policy documents since the 1970s and it is not a surprise to see that they have much in common. They all want to reward partnerships with private philanthropy. They all aspire to “excellence”. The real concern is how this excellence is defined – and who is responsible for choosing the selectors.

No longer at arms length

One of the reasons for the complexity of the Australia Council process is that it has gone to extraordinary lengths to ensure that funding remains arms length. It is separated from politicians, staff members and even individual board members.

By contrast, the Program has few safeguards. There are three assessors from the ministry and “independent assessors”, some of whom may be invited to become assessors by the ministry.

This is a fairly light process for those of us familiar with both the Australia Council and the Ausralian Research Council.

The person who acts on the assessors' recommendation (or not) is the minister. This process gives to the minister far greater personal discretion than that given to previous arts ministers.

Of course, politicians in the past have intervened in the appointment of senior staff – John Gorton famously intervened to ensure that James Mollison became the first Director of the National Gallery in 1971 and it is unlikely that a Liberal prime minister would have made Donald Horne chair of the Australia Council in 1985.

But the last time a minister was able to micro-manage individual grants was when Menzies oversaw the Commonwealth Literary Fund – back in the 1950s.