Opinion Housing the dead: what happens when a city runs out of space?

The lifespans of existing cemeteries in major Australian cities are severely limited so we need to consider our burial options before available spaces are exhausted, write Kate Ryan and Christine Steinmetz. 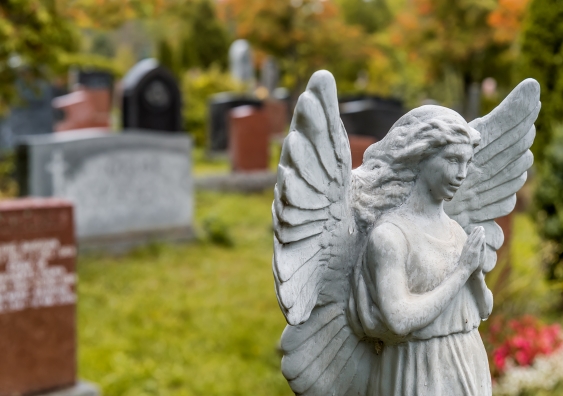 OPINION: Do you know where and how you want to be buried?

Will you choose an elaborate Victorian-style headstone, or do you prefer a “green” burial, with only a GPS tracking signal indicating your location? Or you may elect to purchase a Bios Urn, a 100% biodegradable capsule you plant in the ground with cremated ashes and a seed of your choice which will one day grow into a tree.

Issues of mortality and access to burial space are not typically dinner party conversations or at the top of government agendas. And, until recently, its priority as a future challenge in planning has been virtually non-existent.

Sydney’s 2014 strategic plan, A Plan for Growing Sydney, recognises the need for studies of cemetery capacity and demand to identify future land requirements. Such studies are likely to reveal spatial variances across larger cities due to differences in age and religious and cultural communities.

The last major changes to the cemetery landscape in Australian cities occurred in the late 1800s. At this time, the crowded and unsanitary conditions of churchyard burial grounds required the dedication of considerable burial land on what was once the urban fringe.

Many of these cemeteries continue to serve society’s burial needs. For the past century, there has been no pressing need to plan cities for the dead. It therefore comes as no surprise that consideration of a cemetery as essential public infrastructure has fallen through the cracks.

We have reached a point where this must change. The lifespans of existing cemeteries in major Australian cities are severely limited. In Sydney, according to the NSW Department of Planning and Environment, the metropolitan region’s 310,000 to 330,000 available plots will likely be exhausted by 2050.

Annual numbers of deaths are predicted to double between 2011 and 2051. Despite a shift towards cremations over the last century (Sydney’s cremation rate is 66%), our cities’ diverse religious and cultural communities will always require space for burial.

Where will we bury?

At some 280 hectares, Sydney’s Rookwood Cemetery is the largest cemetery in the southern hemisphere. The allocation of such sizeable land only 15 kilometres from the CBD is unimaginable today. Equally as inconceivable is the location of Waverley Cemetery, which clings to the ocean cliffs of Sydney’s eastern suburbs.

Significant barriers to cemetery development in urban areas include high land values, limited available land, restrictive zoning and a more pressing need to house the living. The landlocked nature of many existing cemeteries suggests no choice except for the dedication of additional land on the urban fringe.

Sydney has changed considerably since Rookwood Cemetery was established in 1868. While planners are continually rethinking how we design for housing, transport and employment to meet changing needs, we are yet to contemplate a new life for the cemetery landscape.

How will we bury?

The need to plan for the shortage of burial space presents a timely opportunity to reconsider how we bury. Recent legislative changes in NSW introduced provisions for the re-use of an older grave once the tenure period expires. Renewable tenure creates the opportunity to provide ongoing cemetery capacity.

Renewable tenure is uncommon in Australia. The majority of burial plots are still sold in perpetuity, meaning a grave remains untouched forever.

Have you ever considered that your grave could later become someone else’s? Would you buy a grave for you parents for a limited number of years, or would you choose a grave that you could visit for the rest of your life and your children’s lives?

These are difficult questions to ponder. Additionally, disturbing a personal and sacred space for the dead typically does not sit well with the public. A grave is often thought of as a “final resting place”.

An important question is whether the bereaved seek comfort in memorialising the deceased in perpetuity, or is a physical space for mourning only required for an initial period of time. Considering that grave visitations often cease after 40 to 50 years, is it reasonable to assume that the significance of a grave varies over time?

When the opinions of younger adults (aged 20-30) on grave re-use were surveyed by one of the authors, 72% of respondents indicated that they were unaware of this practice. However, respondents recognised links to several urban issues, including sustainable land consumption and growth pressures in cities.

A natural burial park has been established in the grounds of the Catholic Kemps Creek Cemetery in Sydney’s west. Sydney Natural Burial Park/Catholic Cemeteries and Crematoria

Respondents also expressed interest in other burial trends, such as natural burial parks, where physical memorials are limited and the natural environment remains largely unaltered. Despite a discussion on burial practices, 68% said they wanted to be cremated. If cremation rates do rise in the future, this could essentially mean less urban land is needed for burials.

A conversation about burial preferences and new burial trends will improve understanding and provide direction on the future demand for burial land and the future form of the cemetery landscape.

Kate Ryan is a Researcher in urban planning, UNSW.

Christine Steinmetz is a Senior Lecturer in Built Environment, UNSW.

This opinion piece was first published on The Conversation. Read the original article.