How new technology can improve buildings for people with dementia

A new way of assessing aged care facilities using advanced computing will make them more fit for purpose for people living with dementia. 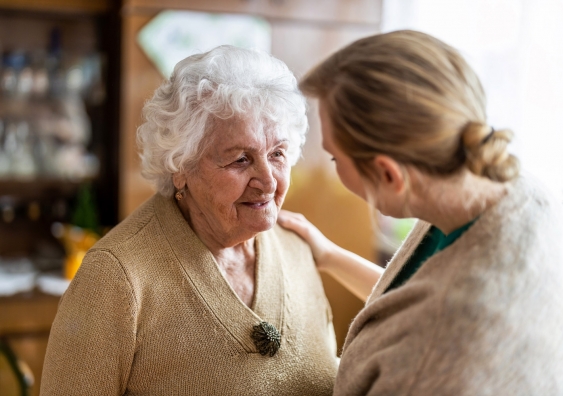 Each state in Australia has its own laws on voluntary assisted dying. Photo: Shutterstock.

A new architectural assessment tool, paired with advanced spatial analysis, can be used to improve aged care design for people with dementia. The new tool, Plan-EAT, assesses a facility’s layout to evaluate the quality of its design in relation to residents’ needs.

Then, using advanced computational methods – machine learning, agent-based modelling, space syntax and fractal analysis – improvements can be made to a design to increase its effectiveness.

Plan-EAT is the first tool suitable for architectural floorplan-based assessment of residential care facilities that can be applied at the design phase. Designing – rather than retrofitting – facilities ensures they are truly fit-for-purpose and will enhance the welfare of people living with dementia in care.

Designing spaces for people with dementia

People with dementia face specific challenges in their interactions with space, says UNSW’s Professor Michael J. Ostwald, who is leading part of this international project.

“Their independence and wellbeing can be significantly influenced by the physical environments around them. As our population ages, and the number of people living with dementia increases, we need to design more effective aged care facilities to better accommodate their needs,” says the Professor of Architectural Analytics and Associate Dean, Research from UNSW’s Faculty of Art, Design & Architecture.

More than half of the people (54 per cent) living in residential aged care have dementia. Additionally, the number of Australians living with dementia is expected to increase from 487,500 today to almost 1.1 million by 2058 without a medical breakthrough. However, “the majority of residential care facilities were designed for people who have deteriorating physical mobility, rather than for people with dementia”, Prof. Ostwald says.

The care needs of people with dementia are quite different from other aged care residents. They can include managing wandering behaviours, cognition issues and difficulties in undertaking daily activities, such as communicating, toileting and eating meals.

Read more: Half a million Australians live with dementia. That figure is expected to triple by 2050

“In a practical sense, Plan-EAT produces a kind of index against which the properties of architectural plans can be measured by expert assessors and then used to change a design for the better,” he says. For example, the tool can assess the effect of floorplans on wayfaring and security. These are important factors for supporting care of people with dementia, because people with dementia can be more likely to become lost, confused or upset.

Once a design is assessed, we can use computational analysis to propose ways to improve the plans, promoting spaces which accommodate a kind of circling wandering movement that can be securely monitored, he says.

“Additionally, becoming lost can have unwelcome consequences. Designs need to prioritise the visibility of bathrooms and kitchen/dining facilities from multiple key points within the facility to provide visual reminders of these daily functions,” he says.

“Views of nature and natural engagement also potentially improve mental health, and this is another factor that can be assessed using Plan-EAT and improved using computational analysis of a design.” 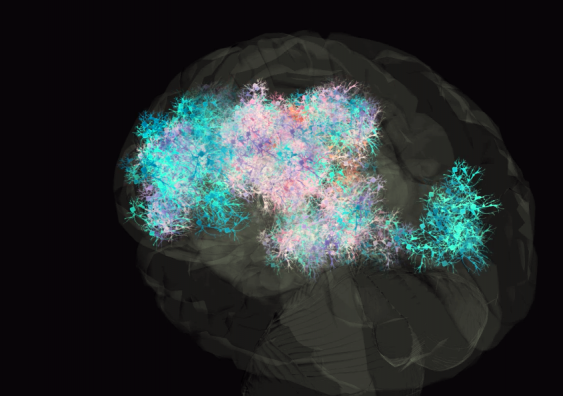 While there is no such thing as a single formula for such a complex design issue, the tool is invaluable in its research-driven assessment of residential aged care design, he says.

The research team behind this project, which includes experts from the Centre from Environment, Dementia and Ageing Research at the University of Stirling, the University of Wollongong and UNSW Sydney, is examining how its findings can be complemented by additional computational modelling and optimisation techniques to improve facility designs.

Prof. Ostwald and his UNSW colleagues, Dr Ju Hyun Lee and Dr Michael Dawes, have expertise in both the use of diverse cognitive principles in design and the computational optimisation of space in buildings and cities. The team’s expertise has previously been applied in a wide range of environments, from office buildings to housing and shopping malls.

“These skills and experience are combined in the Plan-EAT project to offer significant opportunities for improving the design of residential facilities,” says Prof. Ostwald. “It’s a world-first approach to the creation of environments specifically designed for people living with dementia.”

“My team models and predicts the way people interact with, understand and move through spaces,” he says. “Over many years, architects and behavioural psychologists have identified that certain types of spaces encourage certain types of behaviours.”

For example, corridors tend to draw people down them, while alcoves encourage small gatherings, he says. Computational modelling predicts typical behaviours in space to enable design optimisation in line with desirable social or behavioural patterns. It is a way to understand things about designs that are not visible, he says.

“We can overlay our computational models on building plans and we can predict where people will loiter or gather… We can predict where there'll be lots of visual connectivity which supports social cohesion and a sense of place or ownership. And we can also predict where crime might occur if there are too many nooks and crannies and dead ends or too many unobserved or un-surveilled positions.”

Interpreting the analytics requires nuance, he says. “Social connectivity isn’t always about talking to people, although that’s optimal, it’s even about being able to nod to someone across a garden each day.”

By modelling sight lines, designers can identify where people’s gazes will intersect, “and that becomes an ideal space for a park bench, or a table and seating area. Someone can glance out and see it’s empty… and they can go out and sit there themselves. This can be achieved by moving a few windows or making a window taller or wider”, he says. 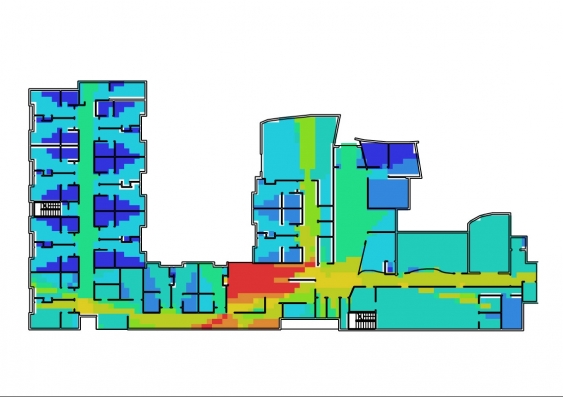 Prof. Ostwald has consulted on the design and optimisation of remote mining communities, correctional facilities and Indigenous communities as well as commercial retail, accommodation and entertainment precincts. He has worked with major industry clients, including BHP Billiton, Stockland Group, Lendlease, Civil & Civic as well as for local and state government, assessing commercial and public designs using computational modelling and analysis.

“We can, for example, predict levels of visual confusion using fractal geometry and mathematics to calculate how complex an environment is. And to determine if that’s a good thing. And does that reduce or increase depending on the ways we move or walk through a space.”

Our understanding of space is refracted through the prism of our experience, he says. “The relationship between buildings and behaviour is flexible. It depends on age, there’s a gender slant to it, there's a cultural difference as well. And that makes it both rich, and difficult.”

Additionally, we all have slightly different cognitive understandings of space, he says. For example, recent research has shown that younger millennials are comfortable with a greater level of visual complexity in environments than other age-demographics; “at a certain age, though people like less visual complexity”, he says.

Prof. Ostwald also applies these logics to iconic contemporary and ancient buildings. “I have a great love of famous historic and modern architecture, and I enjoy the challenge of applying these complex computational models and mathematics to better understand, for example, a building from the 17th century,” he says.

While his team is largely focused on contemporary pragmatic challenges, it draws on research from diverse fields, then considers how those lessons can be spatialised or embedded in architecture by adapting or developing computational modelling to work out what’s the best way to design.