Opinion How relevant are Australian universities to construction innovation?

The gulf between academia and the construction industry needs to be addressed for the sector to capitalise on the expert knowledge universities provide, writes Martin Loosemoore. 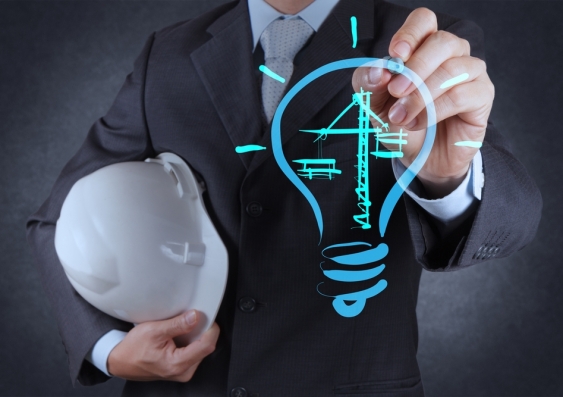 OPINION: Many in the business community would be delighted to hear that the federal government, as part of its National Innovation and Science Agenda, is proposing to measure the practical ‘impact’ of academic research.

Universities will then be partially funded on their ability to demonstrate this impact in regular government research assessment exercises.

The idea of measuring research impact is based on the contemporary view that universities exist to create new knowledge and impart it to people for the benefit of the community’s wealth, health, security and well-being. They do this in two main ways.

First, they search for new ‘fundamental knowledge’ which business is unlikely to invest in, but which often plays a crucial role in the early gestation phases of the innovation process.

Second, they develop the human capital capabilities that are crucial to innovation by educating people, opening their minds and giving them to skills to generate and implement new ideas.

The idea of starting to measure research ‘impact’ is controversial in the academic community, although it has been done overseas for some time. Opponents vociferously argue that measuring research impact threatens academic freedom and independence by subjugating researchers to the commercial interests of big business. They also argue that it is impossible to measure the value of research whose application might only become evident at some point in the distant future.

Take, for example, Einstein's theories of relativity which took over a decade to produce in a branch of fundamental physics far removed from concerns with practical application, which exactly 100 years later play a vital role in a multi-billion-dollar Global Positioning Systems (GPS) industry.

However, academics must also live in the real world and governments around the world are determined to measure the impact of their research. Universities are also recognizing that in a world of reducing government spending on research and tertiary education that their future growth will depend on being more relevant to business, government and to the communities in which they work.

Recent evidence suggests there is certainly a need for construction researchers to become more relevant to industry’s needs. Many firms in the construction industry have had a poor experience with academic research they have commissioned and see a wide gulf between the culture of universities and the culture of the construction industry it seeks to represent. Not only does academic research often take too long to produce any findings, but the results can be too theoretical to use, can raise more questions than answers and can be too radical to implement in the real world.

It’s not surprising, therefore, that recent research showed that the main source of information for decision-making among some construction professionals is the internet, followed by trade journals and magazines. Academic peer-reviewed papers rank a distant last.

Over time, as academia has become more specialized, the methods and language of academics have narrowed and become largely indecipherable to the outside world.

The widening gulf between academia and industry is not unique to the construction sector, and many managers in other industries have argued that business schools have suffered the same fate. To critics of this trend, this has been attributed to the emergence of the elite ‘research intensive university’ driving growing numbers of academics to focus on smaller and smaller problems to advance knowledge in their chosen field.

The dominance of academic publications as the main criteria for funding and for hiring and promoting academics has also led to a proliferation of academic peer-reviewed journals to communicate the vast amounts of data that has been produced. Over time, as academia has become more specialized, the methods and language of academics have narrowed and become largely indecipherable to the outside world.

This trend continues, and today every aspiring Australian university wants to be ‘research-intensive,’ leading to a growing gap between the universities who undertake construction education and research and the firms that have to deliver construction work on the ground. While the advancement of humanity needs our universities to be conducting the sort of blue-sky research which Einstein engaged in, they also need to be relevant to today’s needs, and this is the balance which the government’s attempts to measure ‘impact’ is trying to address.

Our competitors have already realised this.

For example, China has been particularly proactive in promoting the role of its burgeoning universities in driving its innovation ecosystem, enhancing the competitiveness of its construction industry in the process. China is investing massively in its universities, and many of the new innovations being trialled in the Chinese construction sector have come from collaborations with leading Chinese engineering universities.

Disappointingly, the Chinese construction industry has also been the first to adopt new technologies being developed in Australian universities which local construction firms have been reluctant to support. For example, China has become the world’s largest producer of solar cells on the back of technologies developed in Australia which were not able to be funded by our own entrepreneurs and venture capitalists. New gaming technologies being developed here are also being adopted by Chinese construction companies to improve safety on their sites.

The US, EU and UK are also encouraging greater collaboration between universities and industry. For example, the University of Illinois has recently collaborated with America’s largest builder, Turner Construction Company, to develop new predictive visual data analytics tools to automate construction progress monitoring using both images and videos taken with camera drones and four-dimensional BIM. This allows Turner Construction to quickly identify and visually communicate performance problems in real time to project decision-makers via smartphones and tablets.

Similarly, in Denmark, a Phd student collaborating with engineers has just created a new asphalt road material which reduces friction by five per cent without compromising grip, significantly cutting fuel consumption and carbon emissions. Of course, there are also examples of Australian construction firms successfully collaborating with Australian universities to successfully innovate, but they are much harder to find.

Our universities are more relevant to industry than ever. We face a knowledge-based future where working smarter rather than harder will be the secret of success. However, we need more connected universities with the capabilities, vision and networks to partner with business, governments and communities to better exploit the vast amount of untapped knowledge they generate.

Moreover, we need the Australian construction industry to collaborate more closely with our world class universities to jointly develop, direct and commercialize the knowledge they create, to prevent our intellectual property going overseas into the hands of our competitors.

This article was first published in Sourceable

Hard to believe, but we belong here: a reflection on impostor syndrome