With the re-opening of schools, there needs to be a reconsideration of how we support girls’ play. 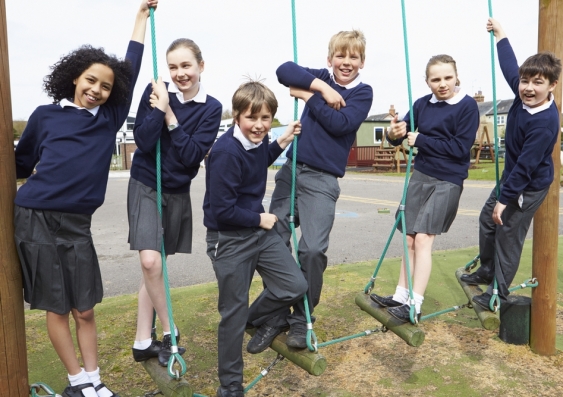 When Dr Fatemeh Aminpour began her PhD on the use of NSW primary school grounds during recess and lunch breaks, the gender disparity in playgrounds quickly became apparent.

“I got the girls to guide me to the spaces where they chose to play and I asked them why. Guess what? They chose in-between spaces, less crowded and interfered with by boys.”

The problem was that these areas were usually out of bounds and were not safe or clean. A majority were found in natural settings.

For example, raised garden beds or groups of dirty benches were used for creative play and spaces under stairs were used to define a pretend house.

“Girls just retreated to these edges to find some peace and quiet to engage in their own personal activities,” she says.

She also mapped 10 popular areas across three schools and recorded children’s activities on these maps over the recess and lunch breaks to see how they used the school grounds.

As a result of the study, Dr Aminpour recommends rethinking the accommodation of children’s play in school grounds.

“If we know that children use in-between spaces, we can design them brighter and smarter. And the way that school administrators take care of these little spaces could be different. Out-of-bounds rules don’t allow children in these spaces.”

She says designers could consider changing the ground surface under benches so that they provide for a cushioned fall in case of a fall during play. They could also maintain the trees at the edges of the grassed areas and the raised wooden edges around the gardens to support children’s self-directed play such as Hide and Seek and mini-Bulrush.

“Children need quiet areas and somewhere that is not affected by the out-of-bounds rules.”

But Dr Aminpour cautions that sometimes designed spaces with the environmental characteristics of in-between spaces do not necessarily guarantee they will be used by children.

She is conducting further research to understand how much these spaces should be designed, and how to give children more opportunities to create their own environments.

“If you want to have gender equity in school grounds, within a democratic education, let’s start with the design of school environments,” she says.