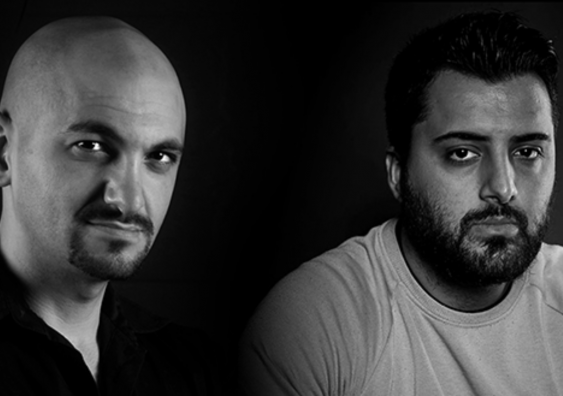 Michael Mohammed Ahmad and Omar Sak will be in conversation at UNSW on Tuesday.

Michael Mohammed Ahmad is not concerned with the “performance of being a good Muslim boy”.

His new novel The Lebs rejects the model minority stereotype of the “happy-go-lucky Muslim” he sees played out in some literature.

“I’m not interested in telling stories that try to calm down racists,” says the 32-year-old award-winning author and academic.

“My position – which I’ve been quite publically outspoken about – is that if you’re a racist, you should be afraid of me. I spend my life – my goal is to get rid of racists.”

The Lebs is a coming-of-age story that cuts to the quick of Australian race relations, addressing sexual assault, class and masculinity. It is set in Punchbowl High School around 1998 to 2004 when Ahmad himself was a student at the school.

“It looks at a moment in Australia where the gang rapes, September 11, and all these different sorts of gangsters and drug dealers were in the mainstream rhetoric and constantly being pinned on the Lebanese community.”

The protagonist Bani Adam aspires to become a writer, reading the likes of Nabokov, Faulkner, Joyce, Dostoevsky, and Shakespeare – a “romantic in a sea of hypermasculinity”.

“Bani has aspirations towards being white, and so the way he tries to do that is by relating to these white males and using that language and that literature to distance himself from the Lebs,” Ahmad says.

The “Lebs”, by contrast, are intent on being “the most monstrous version of [themselves] because that’s empowering for them … separating themselves from the dominant white culture.”

The narrative is rife with this kind of cultural conflict as well as patriarchal, misogynistic ideology and language – “there’s no debate about that”, Ahmad says. His intention as an artist was to “speak to the truth of that particular space”.

For Ahmad, it’s about understanding where that behaviour comes from.

“It’s learnt behaviour. And Australia is very good at constructing it as a foreign problem – this kind of misogyny is imported from Lebanon,” he says.

“And my argument in the book is that this is a very Australian problem. This is Australian behaviour that all Australian men participate in.”

In one particular incident a young girl joins the boys for a night out and the lines between consent and assault become irrevocably blurred. It’s no coincidence that the film American Pie is playing in the background.

“Those boys who were behaving this way weren’t going to the mosque on Fridays, those boys were going to football games on Friday where dozens of white men who are treated as gods in our culture – who are these superstar football athletes – have been implicated in sexual assault,” he says.

'Australia is very good at constructing it as a foreign problem – this kind of misogyny is imported from Lebanon. And my argument in the book is that this is a very Australian problem. This is Australian behaviour that all Australian men participate in.'

“That’s who their heroes are. Not the local sheik. In the mornings when those boys were being driven to school by their mums, they’re not listening to Muslim FM. They’re listening to Kyle and Jackie O.”

For Ahmad, our understanding of masculinity is further confounded by our tendency to confuse it with patriarchy in contemporary dialogues around toxic masculinity and the Me Too movement.

He points out that separating these two concepts enables us to “honour and revere masculinity” rather than simply demonising it, in line with theorists like Bell Hooks.

“There’s no reason why masculinity has to be constructed as inherently predatory,” he says.

“This is so important in particular with men of colour. Because most men of colour can’t escape their masculinity. They can’t not be black or brown … which we associate historically with masculinity because of genitalia size.

“Most non-English speaking people, they’re quite expressive with their hands, they’re quite loud like I am now. And I always have to do a disclaimer when I come out on a panel, ‘I’m not shouting, I just talk loudly. I’m not angry – I’m just Arab’.”

Ahmad was named The Sydney Morning Herald Best Young Novelist in 2015 for his debut novel The Tribe, the first part of a trilogy. The Lebs picks up where The Tribe leaves off, which means there is another instalment to come.

Ahmad will be talking about The Lebs at the UNSWriting event at the Io Myers Studio on Tuesday 18 September, in conversation with queer Arab poet Omar Sakr.

Both writers will discuss what their work brings to the field of Australian literature and how it renovates the category of the white nation. For more information, see here.