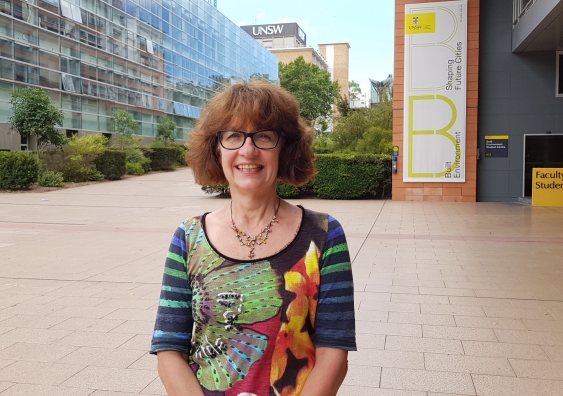 Professor Zlatanova, who joins UNSW from Delft University of Technology in The Netherlands, is the faculty's first appointment under the SHARP program, an initiative of the 2025 Strategy to recruit world-class researchers to the University.

She will investigate the production and management of 3D digital models for large public buildings at UNSW and in Sydney’s CBD, with the aim to improve accessibility, safety and emergency response procedures.

“It’s the same as Google Maps but for buildings and infrastructure. The ultimate goal of the Centre will be to advance the data of the city’s buildings to the third dimension. Currently most of the research and analysis of buildings at the University and within the City of Sydney is two dimensional,” said Professor Zlatanova, who will work across disciplines including city analytics, landscape architecture and city planning.

“The first projects will look at navigation between indoor and outdoor space, how people enter and exit buildings, 3D analysis of shadowing, and underground infrastructure, including pipelines, cables and electric wiring,” she said.

Technology and software will be developed to use in conjunction with existing 2D data on buildings and other urban infrastructure such as street furniture, traffic lights and terrain to create 3D digital models. The application of data is diverse, and includes improving facility management, adding accessible doors and emergency exits, mapping urban heat islands and changing green policies.

Professor Zlatanova said the lack of up-to-date 3D indoor models for many large buildings and offices could cause complications for stakeholders, particularly for organisations that deal with the safety management of public spaces.

“Countries such as Germany and Singapore continue to invest heavily in 3D modelling. The key is for Sydney’s modelling to be developed in accordance with standardised systems such as CityGML, a system that can store and exchange 3D maps of cities and landscapes, so we can reuse and exchange information easily.”

As the field of geospatial science grew, she said, it would begin to provide the backbone to many public services, and people would directly contribute to the collection of data in the way they used buildings and urban spaces.

At Delft, Professor Zlatanova led multiple research groups in the field of Geographic Information Systems (GIS) for crisis response, and set up five training schools on 3D modelling in universities in China, Russia, Italy Germany, Bulgaria and Spain. She has published more than 300 scientific papers and edited or co-edited 20 books.