The prize rewards composition at a national standard, and the 2019 winner, Brooke Green, was inspired by an issue of national importance. 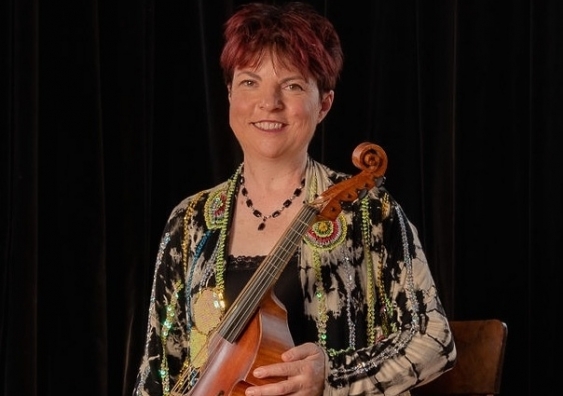 A beautiful piece of music can inspire, entertain, and even foster discussion about the current issues affecting our society. This was what composer Brooke Green was attempting to achieve when writing her piece From the Heart, which won the 2019 UNSW Jonathan Blakeman National Composition Prize.

From the Heart is inspired by the ongoing contention in politics and the media surrounding the Uluru Statement of the Heart and whether the main ideas of the statement – having a First Nation’s voice in the constitution and creating a Makarrata commission – should be adopted by the government.

“The piece starts with a lament,” Ms Green says. “It was so heart-rending to see the many advocates of the statement who were trying to get things happening but were suffering endless enquiry, so I put that element of frustration and different voices with different agendas into the piece. But there’s also a sense of joy because the way the statement came together, with the gathering of everyone involved in the heart of Australia, Uluru, is a marvellous thing.”

A panel of three judges chose Ms Green’s piece for its creativity, originality and technical competence. She is the second ever winner of the prize, which was created from an endowment from UNSW’s former vice-president of finance and operations, Jonathan Blakeman, who passed away in 2014. Mr Blakeman had a passion for new music and was deeply interested in music of technical and aesthetic complexity.

“Jonathan would have been so pleased to see this particular work win the Blakeman composition prize. He was a staunch believer in the need for constitutional recognition for Aboriginal and Torres Strait Islander peoples," says Mr Blakeman's wife, UNSW Associate Professor of health, Heather Worth.

The $5000 biennial award aims to encourage and reward musical composition at a national standard, that creates a concert experience that changes one forever. The prize is open to all Australia citizens and gives the winner the opportunity to have their piece performed by the Australia Ensemble.

Ms Green says there are many ways to interpret From the Heart.

“After the lament is the sense of a gathering of all these voices coming together to talk excitedly about what they want to do,” she says. “Then, as they’re doing that, there’s these voices of bureaucracy and the naysayers who disagree with the statement. I think there’s many ways of interpreting the piece and I’m hoping that the performers will find their ways as well.”

Brooke considers herself a late starter to composing, but is an established musician, these days as a performer on viola da gamba. For many years she worked in London’s freelance scene as a baroque and classical violinist, touring and recording with The Hanover Band, London Baroque and The Brandenburg Consort. In 2011 she founded the soprano and viol consort Josie and the Emeralds and soon began creating contemporary arrangements for their programs. From there, the transition to composing was quite natural.

In 2013, she won the audience and judges prize for the Viola da Gamba Society of America’s Traynor Composition for New Viol Music, which gave her even more confidence in her composition skills.

While many of her pieces draw on her early music study background of Renaissance and medieval music, Brooke is most passionate about writing pieces to do with issues that concern her, particularly refugee and asylum seeker policy.

“It’s a way of getting the issue out there. I can sign petitions and go on marches, but I like to make something that may seep into people’s unconscious a bit more. I’m hoping that my pieces bring about some change. I don’t know if that’s idealistic or not,” she says.

“It’s also a way of commemorating some of the people who’ve died on Manus Island and Nauru. By naming them, I think it personalises them, and by dedicating a piece to them, they remain in people’s memories.”

Brooke says open competitions like the Jonathan Blakeman Prize are important because it gives all kinds of people, both inside and outside of the academic sphere, an equal chance to have their compositions looked at by industry professionals.

“I’m really grateful that this competition exists and gives the really marvellous opportunity to work with the members of the Australia Ensemble. Through my day job as a producer at ABC Classic, I’ve had the chance to record their concerts, interact with them as performers and work with them in that capacity, so I’m absolutely thrilled that I’m going to be able to work even more closely with them on a piece of mine.”