Paying to use a living room by the minute is the future of urban city living – we just haven't realised it yet, writes Christian Tietz. 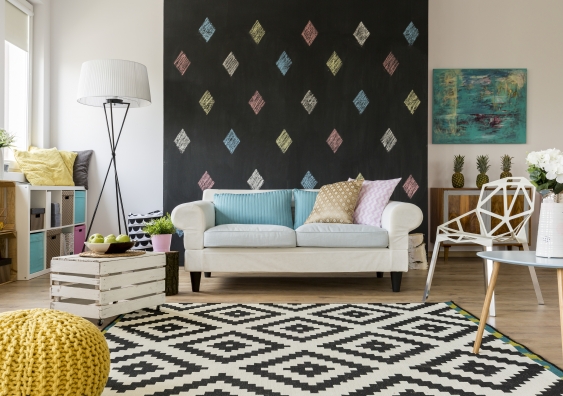 OPINION: Zifferblatt with double f and double t is a German and Russian word for a watch face. Ziferblat with only one f and one t is a home you can rent by the minute. The missing letters are a clue to what you get – not the whole deal.

In a time when rents and rental insecurity are high and people are sharing rooms with strangers just to have a bed for the night, it is worth looking at this new "home as a service" enterprise. Ziferblat originated in Moscow and spread from there to St Petersburg and other Russian and Eastern locations via Ljubljana to Manchester, Liverpool and London. Around the world, there are currently 14 Ziferblat venues, described as places for cultural and social engagement.

Russia has had a cultural precedent for communal living. After the 1917 revolution, komunalkas emerged to provide collective living arrangements in response to an acute urban housing crisis.

The Ziferblat concept seems a perfect fit for those who share a room at night but don’t have a place to call home during the day. Each venue is open from 10am to midnight and offers a place to relax, read, cook or work – you can even have a nap. It is fully furnished and the website shows your companions performing poetry and playing piano, arty bohemian types – and perhaps as a result unable to pay the high rents in city locations.

And the minutes are cheap, a few cents only, and like every good deal it’s capped. So once you spent three to four hours, there’s no more to pay for the day.

The top rate is about $A15-20 per day depending on the country. For this, besides the comfortably furnished space, you get free coffee, tea, water, juices, fruit, vegetables, snacks and facilities like a kitchen and bathrooms.

Deconstructing the idea of home

Is this sort of commercial enterprise a further step towards deconstructing our concepts of home and domestic living? After all, a flat can be compared to a car. It sits idle most of the time when we are at work and really is used only at the edges of the day.

Yet we work hard to pay for our home and hope to make up the difference when we sell it. Wouldn’t it be much smarter to outsource the whole idea of the home? To have a home only when you need one and be unencumbered by it when you don’t? Why pay for it when we are not even there most of the time?

This makes even Airbnb seem old school, because with Airbnb I am still paying for my accommodation even if I am out sightseeing.

All that is missing to complete this new decentralised home is a mobile storage service. But all I have to do is send a text message and they pick up (or bring) and store my precious belongings. It’s physical cloud storage for distributed living, modernism 3.0.

This concept opens up a whole new perspective on urban development. Could it be that the current approach to high-density living is missing this new 21st-century trend? Will we be burdened with inappropriate outdated infrastructure that is not used as intended?

What’s more, the new approach will be nearly impossible to control and regulate – unless we accept invasive forensic examination of our private utility bills.

Has urban living changed more than we know?

I estimate, based on advertisements on Australian websites only, that at least 10,000 people are sharing rooms in Sydney. Yet we also have to consider rooms to share in Sydney being offered online in countries like China, India, the Middle East, etc…to new arrivals before they even leave.

A picture starts to emerge of room sharing that may be an underground boom going on right now. Instead of 10,000 people being technically homeless here in Sydney, the number may might well be closer to 50,000 or 100,000. That means a population ranging in size from Strathfield to the combined suburbs of Mosman and North Sydney may be sharing rooms!

Has the horse bolted? Has the game changed so much that is it time to confront these new realities of urban living?

The owner of Ziferblat calls his guests micro-tenants, slicing the pie into ever thinner portions. Ziferblat and other versions of the distributed home might well play a big part in the future of urban city living. We just haven’t realised it yet, because we are too busy and preoccupied with paying off the home we can’t really afford – while our ten roomies in the three-bedroom flat next door have already moved on metaphorically and literally.

You may ask, what about neighbours and a sense of belonging? But isn’t there a virtual reality app for that?

Christian Tietz is a Senior Lecturer in Industrial Design at UNSW.