An artwork merging holograms with audio captured from trees, created by twin brothers Vincent and Vaughan O’Connor, has been selected to the MCA’s annual exhibition of young artists – Primavera. 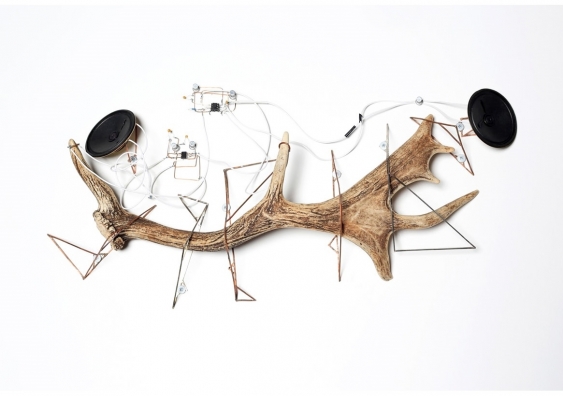 An artwork merging holograms with audio captured from trees, created by twin brothers Vincent and Vaughan O’Connor, has been selected to the MCA’s annual exhibition of young artists – Primavera.

The MCA’s high profile annual exhibition of young Australian artists aged 35 and under is known for kick starting the careers of artists and curators, many of whom go on to exhibit internationally.

Vincent has spent months in a forest pine plantation near Oberon in central western NSW researching plant bioacoustics with a process normally used for recording bird and animal activity through tree timber.

“Because the forest is state-owned it operates very differently to a national forest. It's a constructed natural space (Radiata pine), so it poses some interesting problems around the idea of authenticity within the Australian landscape,” says Vincent. 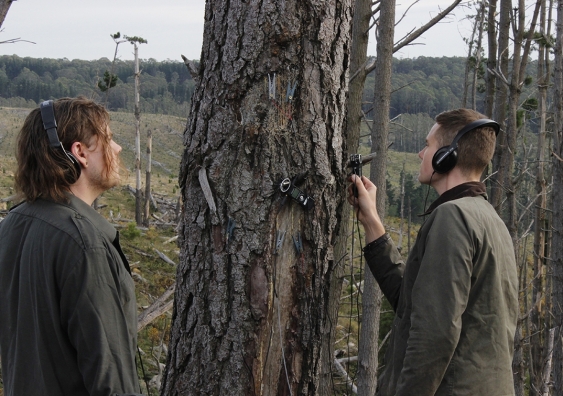 “Millionth Acre attempts to visualise, in a spatial and sonic way, some of the history of the forest through connected fragments and recordings taken during numerous site visits.”

The brothers undertake the fieldwork together, with Vaughan creating holograms produced from geological scans of the site.

“The hologram and 3D prints are modelled from quartzite samples formed from tectonic heat and compression from the fault-lines in the area. The idea of compression, incongruity and contradiction which seemed to recur in our research of the site, and the fact that Millionth Acre was a space of immense geological activity and conflicting natural and cultural agendas makes it really fascinating,” he says.

This year’s Primavera is curated by Nicole Foreshew, a Sydney-based artist who was awarded the Parliament of NSW Aboriginal Art Prize, a partnership award with UNSW Art & Design and the Campbelltown Arts Centre.

Vaughan says being involved with Primavera this year is inspiring, not only because of its rich beauty but its “quiet politics”.

“The curatorial focus of this year’s Primavera is a real departure from previous exhibitions. It’s a very aesthetic show but it has diverse social, cultural and political significances as well”.

Primavera 2015 opens at Sydney’s Museum of Contemporary Art today and runs until 6 December. Visit the website.