Visitors to one of India’s most iconic museums are lying down and looking up to experience high-resolution images of Mumbai’s spectacular heritage ceilings, as part of an immersive, 3D exhibition. 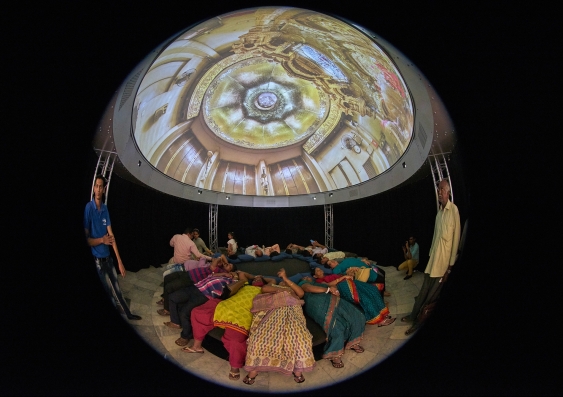 Visitors to Chhatrapati Shivaji Maharaj Vastu Sangrahalaya museum lie on a custom-made couch to view Look Up Mumbai! in DomeLab.

Visitors to one of India’s most iconic museums are lying down and looking up to experience high-resolution images of Mumbai’s spectacular heritage ceilings, as part of an immersive, 3D exhibition developed at UNSW.

Look Up Mumbai! is a dramatic art experience allowing visitors to Chhatrapati Shivaji Maharaj Vastu Sangrahalaya museum to lie on a custom-made couch under a 6-metre projection dome and literally “look up” into India’s architectural heritage.

The exhibition is presented in DomeLab, the highest resolution touring full dome in the world. Both are created by UNSW Professor Sarah Kenderdine, who is a pioneer in interactive and immersive experiences of cultural heritage, and director of UNSW Art and Design’s iGLAM (Laboratory for Innovation in Galleries, Libraries, Archives and Museums). 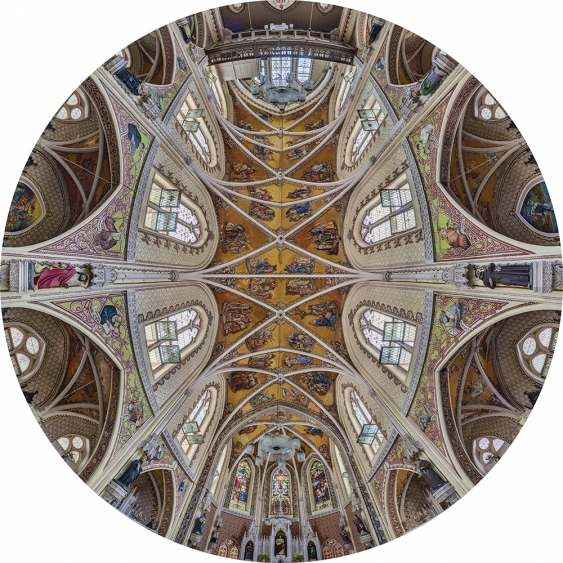 Look Up Mumbai! is staged directly under the museum’s own iconic, 60-foot-high ceiling dome, which dates back to the early 20th Century.

Offering a unique portrait of the city’s varied architecture, including the domes and ceilings of churches, synagogues, temples, industrial buildings and even the new airport, the exhibition includes 65 fish-eye images and a computer algorithm that presents visitors with a never-ending journey through the great metropolis. The vision is accompanied by a soundscape composed and played by Indian’s most revered Santoor musician, Pandit Shivkumar Sharma. 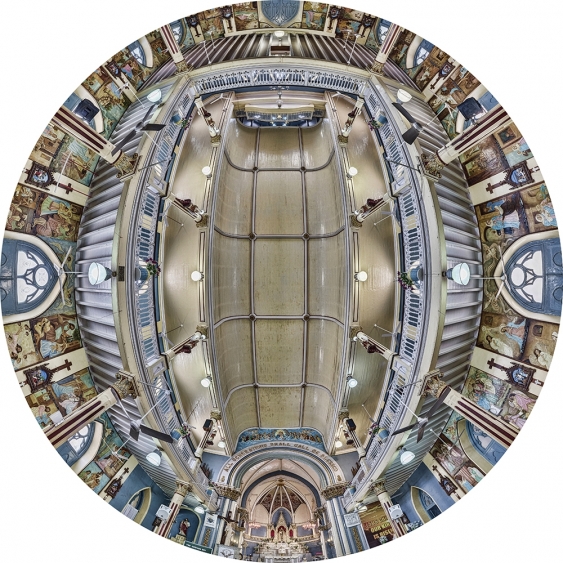 “The city has one of the largest representations of the grand neo-Gothic style of architecture, numerous examples of Indo-Saracenic architecture, and one of the world’s largest number of Art Deco buildings,” says Professor Kenderdine.

“Cultural heritage is under increasing threat from destructive forces spanning iconoclasm to climate change and the preservation of heritage is a cultural emergency—worldwide.”

Professor Kenderdine says the process of capturing images for the project was challenging. The technique used to capture spherical images at ultra-high resolution is called ‘gigapixel’ imaging. This involves making mosaics of a large number of high-resolution digital photographs that are subsequently stitched together using software. 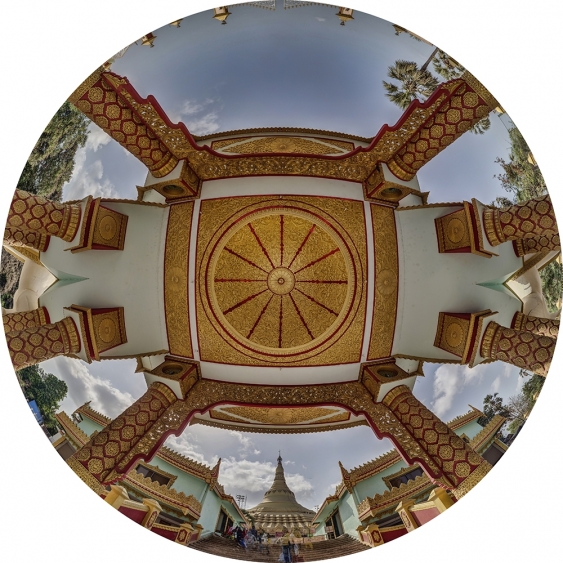 “Since we needed to account for the varying light levels in any building, shots were often taken at multiple exposures. In all, hundreds of images were shot for each building, often requiring 30 minutes of photography to create a single panorama of each space,” she said.

“The way the exhibition is staged is a contribution by talented and creative Australians and I take pleasure in congratulating DomeLab for its ingenuity, its commitment to innovation and its expertise.”

The exhibition is supported by UNSW, Museum Victoria and the State Government of Victoria, and the Australian Consulate General, Mumbai.

Look Up Mumbai! officially opens on 3 February including a guided tour by the creators.

About DomeLab: DomeLab was created by Professor Sarah Kenderdine with collaborators across eleven organisations in Australia and overseas, including three museums. It is supported by an Australian Research Council Linkage grant. The system is designed to travel both nationally and internationally, as a portable canvas for experimental humanities, future museology and spatial aesthetics. The six-meter diameter DomeLab utilises eight WQXGA projectors to make it the highest resolution touring full dome in the world.