Although electricity production and the manufacturing industry are the greatest carbon emitters, individuals also have a role to play, writes Deo Prasad. 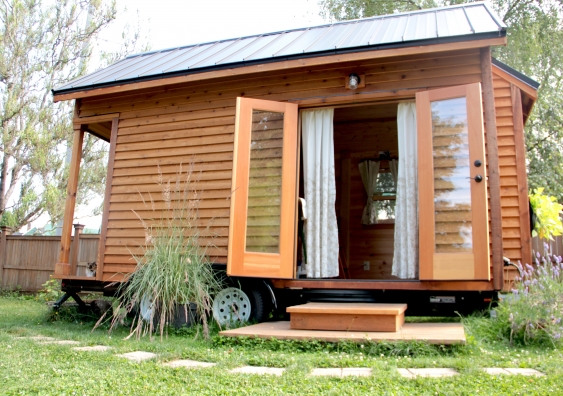 OPINION: As world governments continue to ratify the Paris Agreement, which Australia finally did in November, they formalise their commitments to keep carbon emissions “well below 2 degrees Celsius above pre-industrial levels and to pursue efforts to limit the temperature increase to 1.5 degrees Celsius.”

These commitments are very good news, but what do communities really think? What are their attitudes toward reaching this goal and accepting low carbon living as the new way of life?

Although electricity production and the manufacturing industry are the greatest carbon emitters, individuals all have a role to play in the way they use or produce electricity to reduce their individual carbon impact. This can be through saving energy by turning off lights and using energy efficient appliances or temperature systems, or by installing solar or electing to use renewable energy whenever possible from the grid.

Attitudes are variable, as shown in a 2013 US research study from energy and environment firm the Shelton Group, which looked at what millennials (those born between 1980 and 2000) felt about sustainability. One would think that this age group would be very active in seeking a sustainable path, but the study did not reveal this.

It found that most were ‘attitudinally’ green, but not practically so. The numbers showed that 66 per cent (compared to 58 per cent of all Americans) felt that climate change was happening and humans are to blame but their behaviour did not match. Their research showed that 18-to-24 year olds, in particular, would chose personal comfort or convenience over the environment.

The study also found that those who had to pay for energy would think of conserving it more and be more sustainability focussed. As many of those studied were at a stage in their life where they did not own homes or have those types of responsibilities, they were not so action orientated.

One girl interviewed for an article on millennials’ attitudes to sustainability said her parents had taught her to turn off lights and appliances so this became a natural behaviour for her. But she knows she is ‘lazy’ when it comes to car use; if she’s in a rush, she’ll jump in the car rather than use public transport. This highlights that sometimes even though a person has green intentions, convenience can get in the way.

Having a positive attitude to low carbon living is always a good start. However, it is changing this attitude into regular, automatic practice that is the challenge.

A 2014 global analysis by the National Geographic Society and GlobeScan, called National Geographic’s Greendex, found that although concerns about environmental issues had increased since 2012, the study showed slow growth in 65 behaviour areas that related to housing, transport, food and consumer goods.

The study included 18,000 consumers from 18 countries (14 in 2008, 17 in 2009 through 2012) which were surveyed about their behaviour toward energy use and conservation, transportation choices, food sources, the relative use of green products versus conventional products, attitudes toward the environment and sustainability, and knowledge of environmental issues.

Interestingly, researchers found that environmentally friendly behaviour has increased in nine of the 17 countries that were surveyed in 2012: Argentina, Australia, Hungary, India, Mexico, Russia, Sweden, South Korea and Great Britain. Since 2012, however, sustainable behaviour was shown to have decreased in Canada, China, Germany, Japan and the US.

The top-scoring consumers were in developing economies: India and China, followed by South Korea, Brazil and Argentina. Indian and Chinese consumers also scored highest in 2012. Overall, consumers were shown to be embracing local and organic foods and lightening their environmental footprint in the food category, with nearly all believing we need to change the way food is produced and how we consume it with many wanting to know how and where food is produced.

Back home in Australia, research of 717 people aged 18 years and over being conducted to build and validate a low carbon readiness index (LCRI) – which will measure people’s willingness and conscious goal setting to reduce carbon – shows that behaviour is often determined by understanding, circumstance and income. Three behaviour categories were revealed:

Those in the advanced class tended to have a strong low carbon goal and were more likely to own their homes when compared to both beginner intermediate classes. They also regulated household behaviour, had strong community support and, unlike the other classes, did not believe that people were working hard to shift to a low carbon lifestyle.

Although the intermediates were more enthusiastic than the beginner class, because they typically did not own their own homes, they had little control over creating more low carbon behaviour such as buying  solar panels.

Building this index is important as it will be used by the CRC for Low Carbon Living’s (CRCLCL) Living Laboratories and by policy makers to monitor local and national trends over time towards low carbon living.

Other research activities such as the CRCLCL’s Driving a National Conversation on Energy Efficient Housing program are aimed at creating positivity about sustainable housing and low carbon living benefits. This will be done through engagement and digital conversation whilst supporting how participants learn as they go along. Overall, this is an education program focussed on helping to change how people approach housing and teach them about the benefits of living with increased comfort and health, whilst reducing running costs.

All in all, keeping track of changing attitudes and action will also help industry meet community and societal expectations of low carbon living.  It is a case of watching the change and moving with the goal posts. Keeping research going in this space and continued promotion of low carbon living benefits is essential.

Scientia Professor Deo Prasad, School of Architecture & Design, UNSW, is an international authority on sustainable buildings and cities and among the leading advocates for sustainability in Australia.

The carbon footprint of Airbnb is likely bigger than you think