There are plenty of reasons to see this impressive exhibition from Scotland – not least that it includes the kind of art not held in any Australian collection, writes Joanna Mendelssohn. 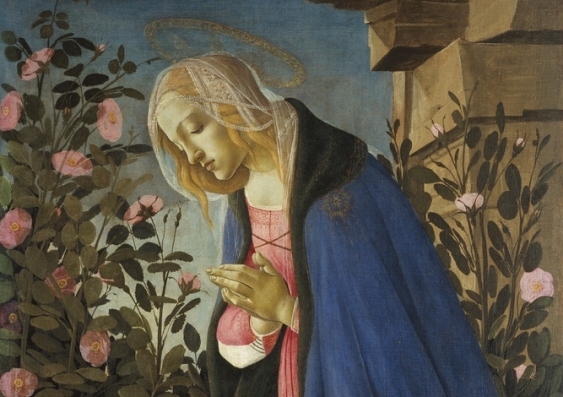 Sandro Botticelli, The Virgin adoring the sleeping Christ child (‘The Wemyss Madonna’), c1485. Trustees of the National Galleries of Scotland

OPINION: The Greats: Masterpieces from the National Galleries of Scotland – currently showing at the Art Gallery of NSW – is easily the most impressive exhibition of old master works to visit Sydney.

But that’s not the only reason why anyone who has even a passing interest in art exhibitions or how culture can define a country should allocate a good few hours to contemplating these riches from Scotland.

This exhibition is the third incarnation and the fourth venue for what was originally a small selection shown at the Frick with the title Masterpieces from the Scottish National Gallery.

These paintings were then incorporated into an exhibition of 55 paintings at the Kimbell Art Museum in Fort Worth Texas, and the De Young Fine Arts Museum, San Francisco, with the title Botticelli to Braque: Masterpieces from the National Galleries of Scotland.

Australians are used to the reality of travelling exhibitions from the great museums of the world. We know that “important” venues get the great art, while we are shown one or two good works bulked out with stuff from storage.

This time it is different. Although the Kimbell and the De Young saw paintings by the early 20th-century modernists Braque and Mondrian, while we did not, Sydney has been given a special treat. As well as the old masters and the Scottish masters, the National Galleries of Scotland has delivered a wonderful and thoughtful selection of old master drawings to the Art Gallery of New South Wales.

What is currently on view in Sydney is an exhibition that includes the kind of art not held in any Australian collection.

Leonardo da Vinci, Studies of a dog’s paw, c1480-85. Trustees of the National Galleries of Scotland

The first drawing the visitor sees is a series of visual notes on a dog’s paw – by Leonardo da Vinci. In another room there is a Rubens pen and wash drawing for his painting of Hero and Leander.

We have had exhibitions of old master drawings before, usually hung so high and crowded together that it is hard to see individual works, especially irritating in the half-light required for fragile works.

The installation is the second reason why The Greats deserves a long view (I’ve been three times and each time found something new). The Art Gallery of NSW has treated the art with the respect it deserves.

Nothing is cramped: instead the exhibition is spread so that every work is well spaced and a number of people can look at the same work at the same time. The drawings are placed on an angle at eye height, so they can be readily examined. The spaces have been remade so that they quote their Scottish home, even up to the Roman numerals at the entrance to each court.

The third reason for seeing The Greats is that it contains a well considered curatorial argument that does not detract from the underlying pleasure in individual works. This is the case for the Scottish Enlightenment. In terms of art history the exhibition begins with the Renaissance, with Titian and Botticelli.

Then there is Adam Elsheimer’s incredible Stoning of St Stephen, painted in such detail on copper, which shares a room with an early painting by Velasquez and an El Greco. The viewer moves on through time and place to Rembrandt, Hals and Vermeer before meeting Rococo France with Watteau and Boucher. But then we are in the Age of Reason, which belongs to Scotland.

In his catalogue introduction the Director, Michael Clarke, indicates that the next building development for the National Galleries of Scotland will be to place a greater emphasis on Scottish art so it can be “displayed in a manner which does full justice to our national school”.

In the fundraising exhibition that has taken the Scottish collection to the world, Scottish art is at the core. It begins quietly enough with the archetypal Scottish work, Sir Henry Raeburn’s Reverend Robert Walker skating on Duddingston Loch.

It is such a small work, as though it reflects the modesty and whimsy of its subject. It is all about contrast: the sober profile portrait head of the clergyman, painted in classic profile as though for a marble relief while his black-suited body whooshes off into an angle across the ice.

A close examination of the painting shows that Raeburn incised the skate marks into the painted ice, a nice touch.

This hangs at the entrance to a recreation of one of the National Galleries of Scotland’s great red-walled octagonal rooms, hung entirely with works by Scottish masters. There they are: the rich and the poor, sober reality and literary fantasy.

Titian, Venus rising from the sea (Venus Anadyomene), c1520-25. Trustees of the National Galleries of Scotland

Raeburn’s men of the establishment, Wilkie’s villagers, Nasmyth’s cityscape of Edinburgh’s New Town, Roberts' panoramic view and (from the Art Gallery of NSW’s own collection) Peter Graham’s misty landscape. The star of the room is that glorious piece of Victorian sentiment, Sir Edwin Landseer’s Rent-day in the Wilderness (main article image), a reminder that Scotland never forgot its history.

This is the lesson of The Greats. When an Australian art gallery next sends a major exhibition overseas as a part of the cultural diplomatic dance, it does not need an indigestible nationalistic gallop as in Australia at the Royal Academy (2013). Scotland has shown it is possible to honour both the visual and intellectual tradition of a country in one well-chosen exhibition.

The Greats: masterpieces from the National Galleries of Scotland is on display at the Art Gallery of NSW until February 14, 2016. Details here.