The construction industry crisis didn't happen overnight. Authorities have been on notice for years to fix the problems that now have the industry itself calling for better regulation. 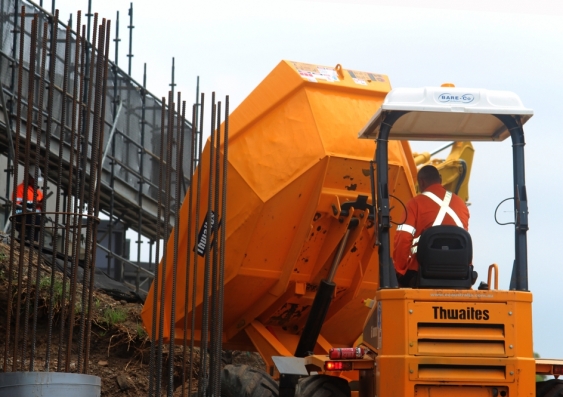 Government ministers responded to the construction industry crisis by announcing a national approach to implementing recommendations of a report they commissioned in 2017 and received 17 months ago. Image from Shutterstock

The Building Ministers’ Forum (BMF) met last week yet again to discuss implementing the February 2018 Shergold-Weir Report they commissioned in mid-2017. The BMF is responsible for overseeing the Australian Building Codes Board (ABCB) and building regulation across Australia. The BMF announced yesterday it’s going to “strengthen” the ABCB, which will be “expanded to include greater representation and engagement from industry”.

This is the same regulator and the same industry that have been responsible for producing the dud buildings that have been making news across the country: Lacrosse, Opal, Neo200, Mascot Towers, the Gadigal Avenue apartments and countless others that have leaked, cracked and failed, but in less newsworthy ways.

On being appointed by the federal Coalition government in November 2017, the current chair of the ABCB, ex-NSW premier John Fahey, had this to say about his priorities:

The reform must reduce significantly red tape and have an over-riding focus of industry affordability.

In other words, the ABCB was to improve compliance by reducing red tape and focusing on “affordability”, which is about making buildings cheaper at completion. As the White Queen said in Alice in Wonderland: “Why sometimes I’ve believed as many as six impossible things before breakfast.”

Needless to say, virtually no progress has been made to re-regulate the industry, provide protection for consumers, or improve the durability and safety of buildings in the 19 months Fahey has held the reins.

Both major political parties have played a role in creating the policy and self-regulation regime that has produced so many faulty buildings over the last 30 years. It is about time the ALP, the Coalition, the BMF and the ABCB admitted that self-regulation has failed. NSW Liberal Premier Gladys Berejiklian has already done so:

We allowed the industry to self-regulate and it hasn’t worked. There are too many challenges, too many problems, and that’s why the government’s willing to legislate.

The building ministers should instruct the ABCB to dump its focus on self-regulation and also require the regulator to start taking into account whole-of-life building costs, not just cost at completion. Senior ABCB staff, including the chair, appear to be part of the problem. Asking for their resignation or sacking them would not be unreasonable in the circumstances.

Regulations are far from watertight

Section F of the National Construction Code (NCC), which controls waterproofing, should be immediately rewritten to make it clear buildings should be waterproof. Section FP1.4 now reads:

A roof and external wall (including openings around windows and doors) must prevent the penetration of water that could cause — (a) unhealthy or dangerous conditions, or loss of amenity for occupants; and (b) undue dampness or deterioration of building elements.

What are “unhealthy or dangerous conditions”? What constitutes a “loss of amenity”? What is “undue dampness”?

No one can answer these questions, which is why builders and developers regularly try to dodge responsibility for leaks, by claiming moisture ingress is due to occupants “taking too many showers” or that “a bit of moisture is normal”.

The ABCB should change this clause to read:

A roof and external wall including all penetrations and inclusions must prevent the ingress of water and water vapour to the habitable part of a building for a minimum period of 40 years, without any maintenance.

Specifying durability standards is important. At present, most of the test methods in the NCC are satisfied if a sample component performs once in a lab. This does not deal with issues that occur in practice.

We know that any joint depending entirely on a sealant or paint is likely to last for only between seven and ten years if it is exposed to typical Australian sunlight and atmoshpheric conditions. That is nowhere near good enough on a tall building, where the entire facade will have to be scaffolded to rectify defects.

Unfortunately, we can’t sack the past state and federal ministers who have presided over this fiasco. But the least the current politicians can do is not appoint them to the authorities that are supposed to be cleaning up the mess.

For example, former Victorian deputy premier John Thwaites was appointed to lead the Victorian Cladding Taskforce. Thwaites chaired the Australian Building Control Board (ABCB) from 2011 to 2017, appointed by the Rudd government.

The Lacrosse apartments cladding fire rang alarm bells back in 2014.

The problems are widespread

All of these buildings have been completed during a period where there has been “an over-riding focus on affordability” to use Fahey’s words. If the research we have is any guide, between 80% and 97% of these buildings may have serious defects.

If these buildings are defective, the owners and tenants have virtually no recourse. Development companies and building companies are routinely wound up after a building is completed, state governments have withdrawn from the insurance market and private insurers have been proven to provide limited protection – some have now withdrawn indemnity insurance.

This situation is so bad, and trust in the industry so damaged, that we were treated last week to the unique spectacle of Meriton boss Harry Triguboff, among others, asking the government to do a better job of regulating builders.

What we need now is concerted and urgent action to stop defective buildings being built and a plan to help residential apartment owners rectify their buildings. (The commercial and government sector by-and-large can look after itself.)

The highest priority is to replace combustible cladding on tall residential buildings. The Victorian government should be congratulated for going forward with a scheme to achieve this.

Meanwhile, the BMF and the ABCB are still fiddling while Rome burns. They need to get on with it.