A study of 85 policies at all levels of government shows the focus in Australia is on residential care homes. Most older people are not in care, but their need for age-friendly cities is overlooked 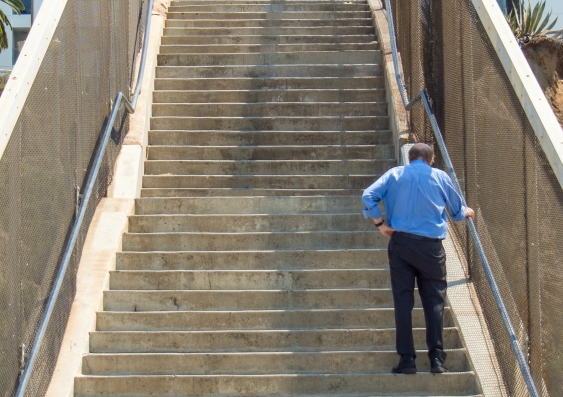 More older Australians are still living in their own homes. How do policies and cities support them? Photo: Shutterstock

In response to the horror stories of abuse and neglect from the Royal Commission into Aged Care, the new federal Labor government has made legislative changes. Prior to this, Australia’s most recent aged-care reforms were enacted a decade ago. The focus, however, is still largely on residential care homes, so what about older Australians in the broader community?

More older Australians are still living in their own homes. How do our policies and cities support them? We have published an analysis comparing 85 policy documents across all three levels of Australian governments against World Health Organization (WHO) guidelines on age-friendly cities.

We found these policies reflect outdated views of old age. They neglect many important aspects that contribute to happy and fulfilling lives in older age.

The policy focus is overwhelmingly on care and support services. There are decreasing levels of attention to housing, transport, walkability and, least of all, cultural diversity.

WHO guidance on making age-friendly cities

The WHO first published its Global Age-Friendly Cities: A Guide in 2007 to support the active ageing policy framework it proposed back in 2002. Described as “the centrepiece of WHO’s age-friendly cities approach”, the guide became a major point-of-reference for age-friendly policymaking around the world.

In 2010, the WHO launched the Global Network of Age-Friendly Cities and Communities. The network aims to help governments and other organisations build age-friendly cities through evidence-based guidance and knowledge exchanges. Australia’s members include two states, 34 local councils and one regional organisation.

Our research, however, found little to no difference between Australian members and non-members in making direct policy references to these guides. For example, more of South Australia’s (a non-member) policy documents referred to the guidelines than Western Australia’s (a member), as the table below shows.

Previous research in Canada blamed this on “the minimal state powers of municipal governments”. In Australia, too, our federated system has left local councils with limited authority and resources.

An outdated view of old age

In analysing the 85 policy documents, we adopted a “traffic light” system to highlight whether they acknowledged ageing-related challenges and proposed corresponding actions.

These areas broadly align with the WHO’s age-friendly domains.

The skewed policy focus is on care and support services. This reflects decades of aged-care reforms in Australia and their take-up at all levels of government. It also potentially reveals a stereotypical view of old age as being a time of frailty, decline and disengagement.

Our analysis also reveals a failure to recognise how diverse circumstances impact the ageing processes. The result is a neglect of the broader spectrum of older Australians’ support needs.

This was most obvious in the failure of policies to recognise diverse cultural needs. There is almost a complete blindness to their impacts on ageing and other social determinants of health.

A mismatch between resources and services

In Australia’s three-tiered government system, each level has its own authority and resourcing ability. Previous Australian research shows local governments have limited ability to raise the resources they need to design and implement policies and programs for their ageing residents as the WHO guidance intended.

Our analysis shows a reliance on national programs instead. These may not be as nuanced in responding to local needs and conditions.

In related work, our fine-level spatial analysis also highlights a mismatch between the growth of ageing populations across Australia and where aged care services are being offered. This is due largely to inequitable eligibility criteria. These effectively favour home owners living in standalone suburban houses over others such as renters.

The latest proposal to revamp a residential aged-care sector that is no longer fit-for-purpose must be applauded. Policy should aim to provide these residents with all the attention and dignity they deserve. But as the population ages, there’s an ever greater need to provide support across all the domains that enable older people to live healthy, fulfilling lives.

We must look more broadly, to the many more older Australians who live in the community. It’s an option our governments have long encouraged. And it’s what most people prefer for themselves.

Local authorities would know local residents and their needs most intimately. But our analyses show they are hamstrung in supporting the needs of older people in the community.

Continued reform must aim to ensure local councils have the powers and resources required to serve these needs. This will go some way towards responding better to Australians’ changing needs. Importantly, it will also help to reframe the dialogue of ageing away from frailty and debilitation.