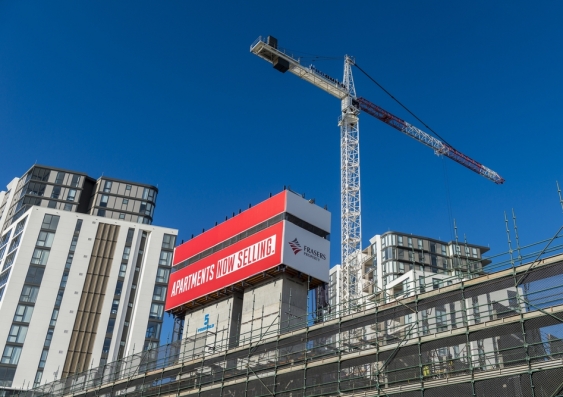 OPINION: A recent policy pledge by Shadow Treasurer Chris Bowen has given fresh heart to campaigners for the restoration of the former National Housing Supply Council (NHSC).

The Abbott government axed the council in 2013. With housing stress intensifying across much of Australia, a reinstated and revitalised council could strengthen policymaking in this contested area.

The Rudd government created the NSHC in 2008. The council’s role was to put housing policy on a sound base of evidence. It was guided by expert members drawn from the construction industry as well as senior planning, social housing, economics and academic ranks.

The council provided ministers with housing supply and demand estimates, projections and analysis. It also investigated the influence of infrastructure investment, housing-related taxation and urban planning. Its remit included a focus on:

… the factors affecting the supply and affordability of housing for families and other households in the lower half of the income distribution.

Importantly, NHSC reports explicitly recognised that untargeted supply-enhancing measures were not the sole answer to easing this group’s housing stress. The council also examined influences on housing demand. These included the price-stimulating effect of tax incentives for residential property investors.

The case for restoring the NHSC

Unaffordable housing and homelessness of course remain burning issues in national media and policy debate. Across most of the country, these problems have mounted since the NHSC’s demise.

In Sydney, for example, median house prices have climbed 40% since 2013. Rents are up by more than 12%. Average New South Wales earnings, however, have risen by only 8% in this time.

From 2011 to 2016, census data show that, nationwide, the proportion of tenants having to spend more than an “affordable” amount on rent rose in every state capital other than Perth. And latest published statistics reveal homelessness service users rising at 5% per year (2016 census data on this are still awaited).

Housing affordability is subject to complex influences – regulatory, economic, demographic and other factors. Most of these transcend state and territory boundaries, and many call for improved data. As a landmark official report acknowledged only last year, the lack of information essential to underpin housing policymaking is highly problematic.

Overcoming these data deficiencies would be central to the mission of a restored NHSC. This includes metrics on the supply pipelines of serviced land, dwelling demolitions and underused housing.

In its day, the NHSC drew support from many quarters, notably spanning the property industry and the affordable housing lobby. Leading property sector groups lamented its abolition. And, alongside Bowen, the Property Council of Australia is among recent advocates for NHSC reinstatement.

A government wanting to beef up its understanding of this area could assign a wider and more analytical role to other official data-gathering or research bodies. But neither the Australian Bureau of Statistics nor the Australian Institute of Health and Welfare possesses the in-house policy expertise or industry-connectedness to provide a credible alternative to a restored NHSC. And the Australian Housing and Urban Research Institute (AHURI) is not set up for this role.

A reinstated NHSC can be improved

A new NHSC should be established by statute, not just by executive decision. This would strengthen its hand in obtaining required data from possibly reluctant state and territory ministries. In addition, this would provide more protection against arbitrary abolition by a future federal government in “wrecking mode”.

It will be vital that a reinstated NHSC’s remit includes a more granular, localised focus on supply and demand imbalances. Housing supply is only productive when suitably located in relation to jobs, infrastructure and services.

Housing provided needs to be of a type and configuration that matches demand, and at a price that people in that locality can comfortably afford. Property market conditions may be quite diverse even within a single capital city. Oversupply in one part of a metropolis can co-exist with shortages elsewhere.

Beyond calibrating overall housing demand and supply, the reborn NHSC must monitor the supply-demand balance by market segment, including low-cost rental. Similarly, the council’s former brief should be extended so it specifically assesses Australia’s unmet need for social and affordable housing. That’s both the current shortfall and the newly arising need predictable within a given period.

Reinstating the NHSC in a revitalised form would help government make more rational and informed policy choices on which supply and demand levers to pull to improve housing affordability.

As recently instanced in Wales and Scotland, methodologies of this kind have a long lineage in UK housing policymaking. While Australia has residential stress metrics galore, none provide an ideal basis for government-supported rental housing construction. Such a program should be a central plank of national housing policy.

As Bowen has argued, a restored NHSC can also help hold states and territories to account for their supply commitments under the new National Housing and Homelessness Agreement. This is currently under negotiation between the two levels of government.

Reinstating the NHSC in a revitalised form would help government make more rational and informed policy choices on which supply and demand levers to pull to improve housing affordability. This is especially important for the lower-income renters who are doing it tough in cities like Sydney and Melbourne as well as in many other areas, such as the resort settlements along much of the east coast.

Stronger, better-founded evidence about the nature and extent of the affordable housing problem may help build consensus about how to tackle it effectively. And that is an outcome we badly need.