Multidisciplinary artist and UNSW alumna thriving in the City of Angels

Lawyer and artist Shevaun Wright uses her background as a lawyer to inform her art practice. 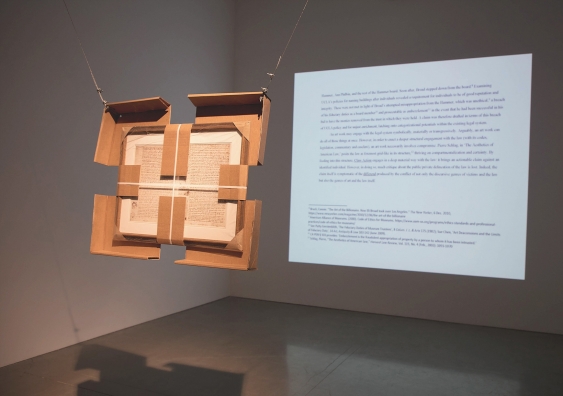 When artist Shevaun Wright was working full-time as a lawyer in personal injury law in Sydney, she didn’t have the time or energy to make it to a lot of art openings.

“I found myself working such long hours. Coming to school and then going home and working on my art, I didn't engage as much with the art community around me as I could have,” she says.

The Indigenous artist has been able to focus on her art full-time as a Master of Fine Art candidate in the ground-breaking Interdisciplinary Program at UCLA in Los Angeles.

“The program here [at UCLA] is very specific and I haven't come across any other programs that focus on interdisciplinary practices. Normally when you send an application to do an MFA they ask you to put yourself into a category of either sculpture, painting or print making, which wasn't required for this. So that was my first indication that it might be a good fit for me,” says Ms Wright.

Ms Wright explores gender, domestic violence, Indigenous rights and the ‘social contract’ through her art, which is informed by her “wonderful” experience of studying at UNSW. She credits Tess Allas, Director, Indigenous Programs at UNSW as being instrumental to her success. 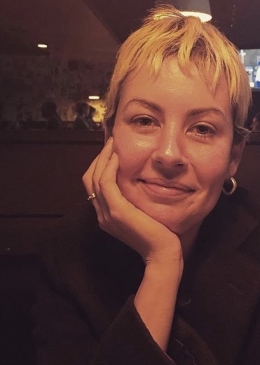 “My time at UNSW really opened my eyes to what political art could look like. And being introduced to contemporary Aboriginal art, artists like Vernon Ah Kee and Fiona Foley, was revelatory.”

She says fundamental to Western legal scholarship is the “problematic metaphor of the social contract”, the idea that a person’s moral and political obligations are dependent upon a contract or agreement among them to form the society in which they live.

Her artworks take the form of installations of printed contracts, such as the confronting Rape Contract, which is annotated with harrowing details of a sexual assault, which can only be seen via shining a UV light on it. She created this piece in response to the “disempowering experience” of assisting a close friend negotiate the Australian legal system as a victim of rape.

Other pieces include Contract for Breach, which reads: “By reading this contract you agree you have breached this contract”; Deed of Settlement “between the concepts of White and Privilege”, and many other thought-provoking works.

Ms Wright uses her background as a lawyer to incorporate data showing compensation figures for personal injuries and other statistics to inform her art practice.

She credits her UNSW studies with also preparing her for some of the more pragmatic tasks of an art career.

“One of the things I came away – and particularly also studying modernism and theory – was being given the tools and language to navigate writing my artist’s statement, writing grant applications and the like,” she says.

“I had never written an artist statement before I came to UNSW and that's your bread and butter as an artist.”

Ms Wright is the John Monash Cultural Scholar for 2017. This scholarship is awarded to outstanding Australians with leadership potential who wish to study overseas. Ms Wright also won the coveted Parliament of New South Wales Aboriginal Art Prize in 2015 and the UNSW Indigenous Nura Gili Excellence Award for Academic Achievement in 2013. Her other achievements include grants from Arc College of Fine Arts (2014), the Dame Joan Sutherland Fund (2015), the Ian Potter Cultural Trust (2015), Australia Council for the Arts (2015); and the NSW Parliament postgraduate Aboriginal Art Scholarship (2012).

Ms Wright’s advice to UNSW Arts current and future students is that they should pursue their art enthusiastically with high expectations of the opportunities it can generate.

“If you've always had a passion for art, you should go for it. You don't know what doors it's going to open and my experience has been that it can take you to extraordinary places.”

Since being in the US she has benefited from being able to focus on her art and marry the practices of law and art; unlike when she was working as lawyer full-time in Sydney and didn’t have much time for engaging with the artistic community.

“Meeting Professor Mary Kelly on the Whitney residency in New York really progressed my interdisciplinary practice,” she says. Professor Kelly established the Interdisciplinary Studio as an area of study at UCLA in 1997 during her tenure as Art Department Chair. She is a renowned artist and educator known for project-based work, addressing questions of sexuality, identity and historical memory in the form of large-scale narrative installations.

Ms Wright loves the relaxed vibe of Los Angeles and says she’s become “embedded” in the art community there.

Having been in the US for four years and in the Interdisciplinary Program for three, she plans to stay in Los Angeles after she completes her studies. She says the opportunities that have arisen for her as a result of being in LA and in the program have been phenomenal.

“I guess that as long as I keep getting opportunities coming up, I will stay to pursue those.”