The ambitiously named exhibition, The National: New Australian Art, lives up to its title as a visual examination of Australia in an age of uncertainty. 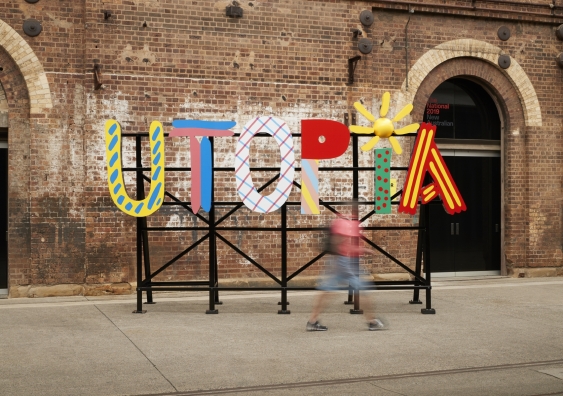 The National is an ambitious name for any exhibition of contemporary Australian art. In this case it is justified by the inclusion of artists from every state and territory. The bald statistics of the media release note that over 60% of the 70 artists are women, and over one third are Aboriginal or Torres Strait Islanders.

Their biographies reveal a broad range of age, geographic and cultural backgrounds showing modern, multicultural Australia at work. It is the result of a very conscious curatorial decision to show what is new, and what concerns artists at the end of the second decade of the 21st century.

In both size and subtext, this differs from the two other regular surveys of contemporary Australian art – the National Gallery of Victoria’s Melbourne Now and the Art Gallery of South Australia’s Adelaide Biennial. Despite spreading over two generously sized venues, Melbourne Now has always projected a decidedly local focus – it may include artists from other locations and even other countries – but the city is the hero. Adelaide’s Biennial has always been constrained by the relatively small size of the Art Gallery of SA. 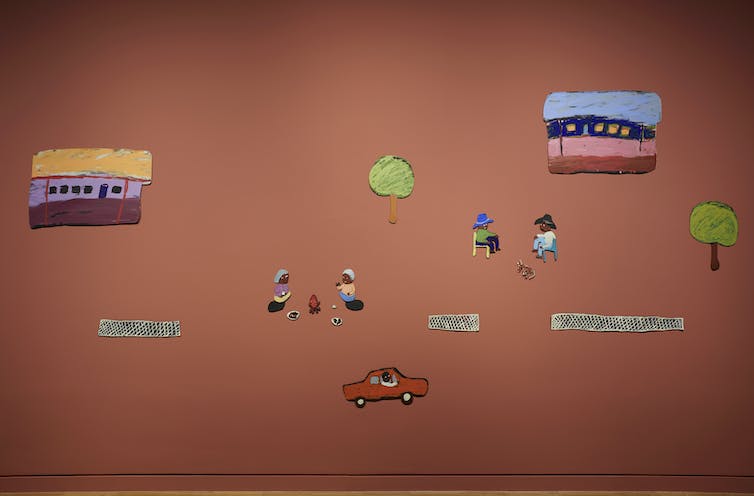 The National casually stretches between three reasonably large locations – Carriageworks, Museum of Contemporary Art and Art Gallery of New South Wales, but in its scope it draws the whole country into its extended embrace.

Each venue has a slightly different flavour. The old industrial space of Carriageworks is the place for the over the top performance by Pope Alice (aka Luke Roberts and entourage) as well as Mark Shorter’s (literally) dark performance piece, Song for von Guérard. At the MCA, curators Anna Davis and Clothilde Bullen explored what they call the “third space”, an overlapping between cultures and gender to produce a greater visual diversity. 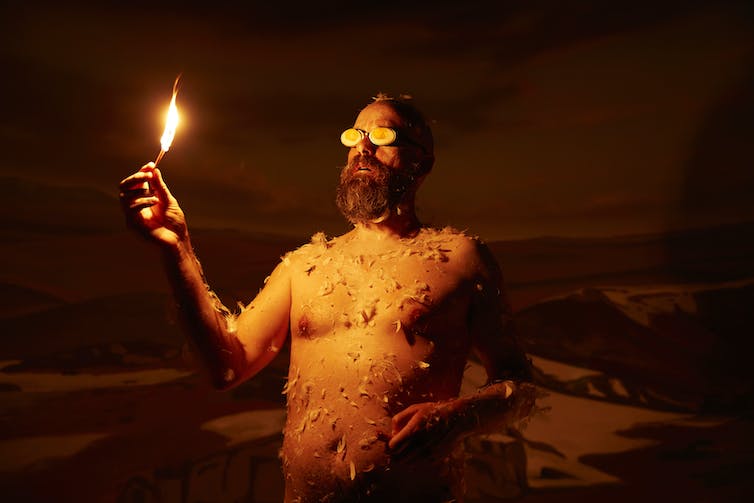 In her catalogue essay, AGNSW curator Isobel Parker Philip likens The National to a black box flight recorder that captures the moment even as the plane falls to its doom. She sees our present time as being “a moment steeped in uncertainty and precariousness”.

Rather than seeing exhibitions of contemporary art as an ever recording black box, it’s probably more appropriate to see them as a time capsule – where the contents are laid out for inspection to show the future what we were.

All three venues have works that explore the nature of history and recovering memories that were either willingly or unwillingly repressed. At the entrance of Carrriageworks, Sam Cranstoun’s ironic Utopia sign is a visual quotation of Ken Done’s triumphalist Australia sign, which welcomed visitors to Brisbane’s World Expo 1988. That year-long celebration marked the end of the repressive Bjelke-Petersen era and the launching of modern Queensland.

On occasion, Utopia is partly obscured by Tom Mùller’s Ghost Line, which steams a foggy reminder of the steam trains that once called the current site of Carriageworks their home. 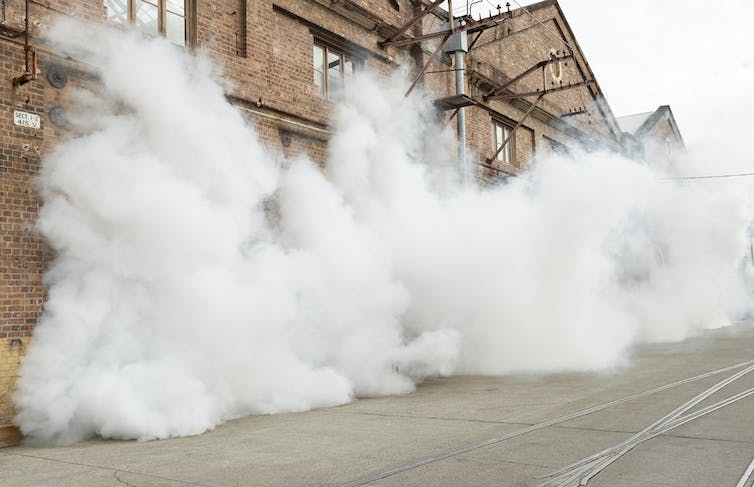 Inside, Cherine Fahd’s Akrókryhos recovers family photographs recording the funeral of her grandfather, who died young. The works at Carriageworks are more abrasive than those at the AGNSW. There, the first works visitors see are Andrew Hazewinkel’s 12 Figures after Niccolò, where antique heads reveal themselves to be masks, failing to conceal underlying collective anxiety. 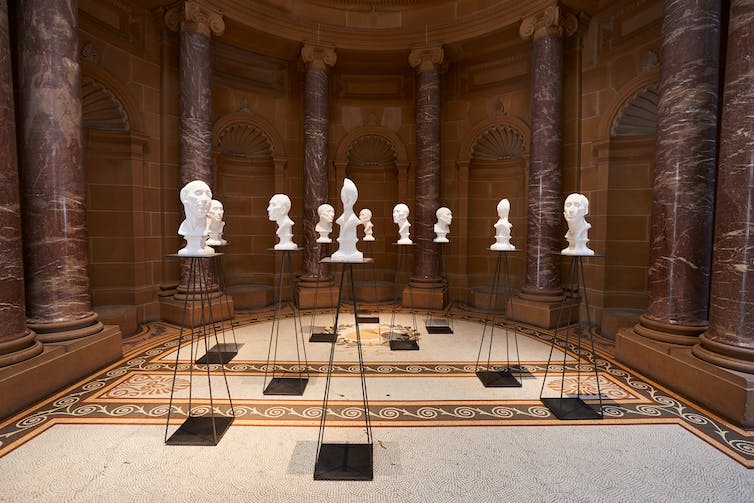 Other works are quieter as they give a slow reveal of distress. Peta Clancy’s giant photographic Undercurrents only gradually reveals itself to be the echo of an old massacre at Dja Dja Wurrung country. This large, understated work is installed adjacent to Sally M. Nangala Mulda’s bleakly humorous paintings of Town Camp Anywhere. It gives a certain continuity to the legacy of displacement.

At the MCA, the late Mumu Mike Williams’ giant painting, Kamantaku Tjukurpa wiya (The Government doesn’t have Tjukurpa), gives an uncompromising critique of the legacy of colonisation and the connection of the Anangu people to country. The canvas it is painted on is government issue mail bags. It maps the water holes where people still remember how they were given flour – laced with arsenic. 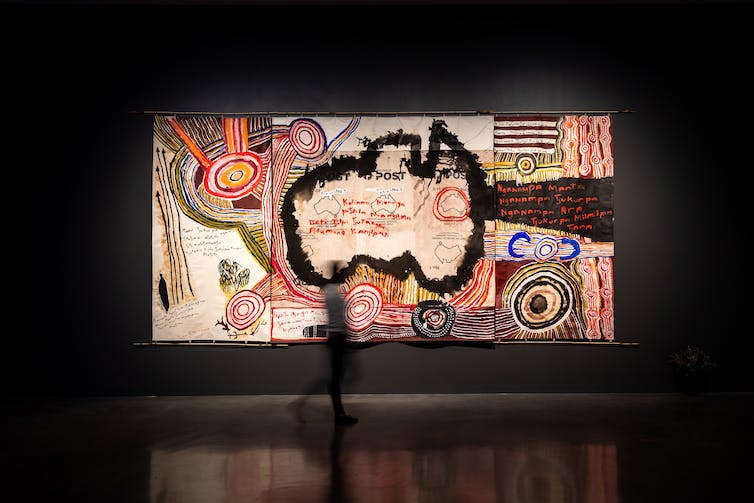 It is partnered in the exhibition with Abdul Rahman-Abdullah’s exquisite ode to memories of childhood, Pretty Beach. Here sculptures of stingrays and suspended crystals evoke a seascape loved by a dead relative, and so honour him. Mourning can be a complex emotion. Hannah Brontë’s Heala screens her video onto the floor of a luminous, orange-draped room. She draws the viewer into her world, as “Orange is the first colour that you see in the womb. Light from outside through your eyelids.” 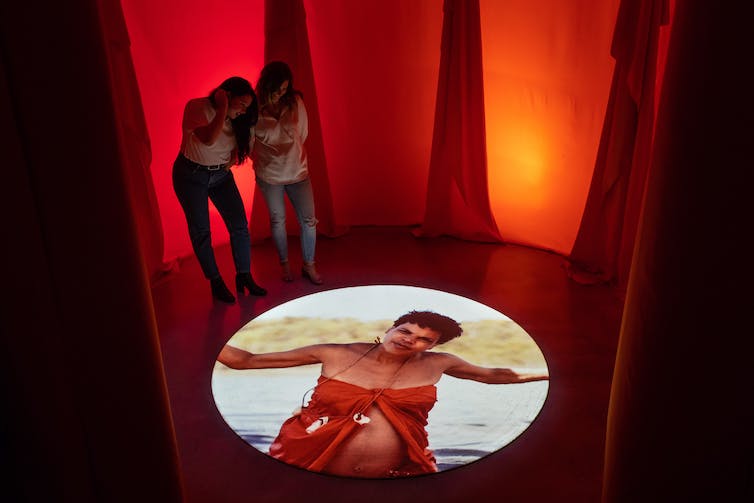 Women move, float and sing their way through pregnancy and loss to the rhythm of the most enticing rap, its beat quoting the beat of the artist’s own heart.

Not all new artists are young. Daisy Japulija, Sonia Kurarra, Tjigila Nada Rawlins & Ms Uhl collectively paint a vision of the colours and rhythms of country caught in light – all painted on perspex panels. It comes as a surprise to find that the artists are all residents of the Guwardi Ngadu aged residential care facility. Nothing is as it seems.