Leaving housing empty and subsidised by government is both taxation lunacy and a national scandal, write Laurence Troy and Bill Randolph. 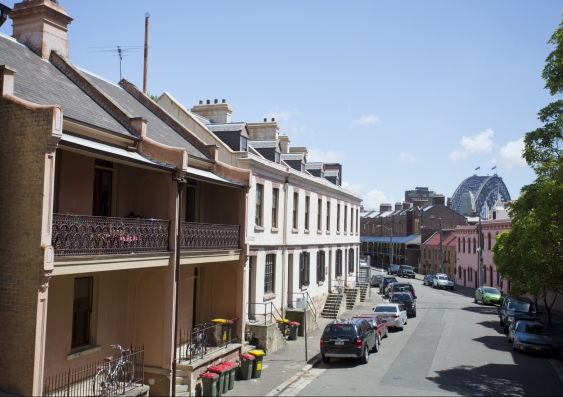 OPINION: A major myth that permeates the recent debate on housing affordability is that the present level of housing supply is not meeting demand. Scarcity of housing, we are repeatedly told, is driving up prices. The same voices simplistically suggest, reduce the barriers caused by planners and housing supply will respond, bringing affordability back into the market.

But more reasoned voices can be heard above the clamour, focussing on the perverse effects of our highly skewed housing taxation and subsidy system, as well as a complete lack of a national housing policy framework to support affordable housing. Nevertheless, throughout this debate there is little recognition of the broader shifts in housing stock, tenure and housing opportunity that these policies have created.

At the last census there were nearly 120,000 empty dwelling in the greater Sydney region alone, representing nearly one fifth of the projected new housing demand to be met by 2031, or equivalent to nearly five years of projected dwelling need. When this is combined with under-utilised dwellings, such as those let out as short-term accommodation, the total number of dwellings reaches 230,000 in Sydney, and 238,000 in Melbourne.

There is a possibility that these aggregate figures could be accounted for by a spatial mismatch between supply and demand. That is, they are in places that people simply don't want to live. But this isn't the case.

When these numbers are mapped there is a clear concentration of unoccupied dwellings in central parts of all our metropolitan areas. In Sydney there is a clear bias towards inner, eastern suburb and north shore locations. This aligns with established areas of highest rents and prices. This picture is repeated in the other cities.

If you chose to accept that there is a housing shortage in Sydney, then the sheer scale and location of these figures strongly suggest that this is an artificially produced scarcity. The number of empty dwellings could more than account for the notional supply shortfalls.

Why, then, are these homes left vacant when they could command the highest prices or rents? To answer this, we mapped rental yields for the same period. What it reveals is that rental yields tend to be highest in the outer suburbs, where residential property is cheaper to purchase. Where rental yields are lowest is in the inner city and eastern and north shore suburbs, where capital values (and therefore gains) are highest. And this is where we also see higher rates of vacant properties. This is not a coincidence.

This reflects the dominant driver of negative gearing in which capital gain is the main objective, not the rental yield that you would expect from a positively geared property.

Unsurprisingly, on the fringe where there can be less expectation of capital gains, there are much lower rates of empty dwellings.

Together these points highlight some of the perverse outcomes that current tax and housing policy settings are driving in Australian cities.

The structure of the housing market is driving a mismatch between the supply of housing and housing need. This only further exacerbates the emerging spatial inequalities experienced in our major cities, driving unaffordability in central, well connected and serviced parts of the city. This is a supply crisis driven not by the planning system, but by a concentration of empty and under-utilised housing.

This trend is likely to have worsened since 2011, as more housing is being delivered precisely in the locations where there appears to be a concentration of homes standing empty. Housing supply is being increasingly driven by a property investment market that is failing community expectations of affordable homes in places people might want to, let alone need to, live. Losses against a rental investment can be offset by negative gearing and resulting capital gains taxed at a reduced rate when the property is eventually sold.

Leaving housing empty is both profitable and subsidised by government. This is taxation lunacy and a national scandal.

Moreover, the failure of governments to acknowledge the pervasive prevalence of empty homes only adds to the ongoing affordability crisis. Other countries take a less sanguine approach to owners deliberately leaving properties vacant when there is a clear housing shortage, often by imposing higher rates or property taxes on housing known to be empty for long periods.

Until such time as we act decisively on this issue, arguments about the need for less planning to support increased housing supply will continue to ring hollow. Let's start to address both the housing supply and the housing affordability problems by solving the empty homes problem first.

This opinion piece was first published in The Sydney Morning Herald. Read the accompanying feature here.