As a child, Nicole Murphy spontaneously wrote music for her own satisfaction. Now, the inaugural recipient of the Australia Ensemble Emerging Composer Fellowship is composing for some of UNSW's finest musicians. 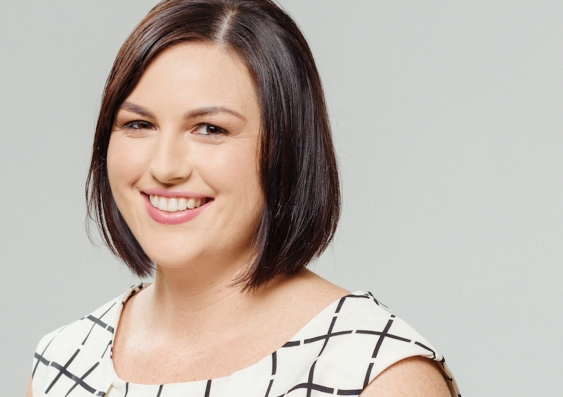 Learning the piano as her first instrument, Nicole Murphy just assumed that if you played music, you wrote music.

“One day my mum heard me playing music that wasn’t my exam pieces. When I reluctantly told her that I wrote it, she took it to my piano teacher who photocopied it and gave it to other students," she says.

“It felt strange at the time, because it was just something I did for myself. That was the moment I realised there was a distinction between a performer and a composer.”

Nicole continued to write music. Then, towards the end of high school, her school choir attended a workshop with the composer Sarah Hopkins, who is based on the Sunshine Coast.

“It was the first time I understood that being a composer was a job – that there was someone who was alive, who was female, who was living in my local community and who wrote music for a living.”

“We enjoyed their music, we enjoyed their company and we were part of their development, and I would like to contribute to that. Even though Merrilyn hasn’t been involved in the decision, I know that it’s exactly what she would have wanted to do,” Professor Layton says.

“I am particularly impressed with the first recipient, Nicole Murphy. She has outstanding talent and I find her work very touching and very stimulating. I think she is an extraordinary choice for the first of the fellowships.”

I am particularly impressed with the first recipient, Nicole Murphy. She has outstanding talent and I find her work very touching and very stimulating.

During the one-year Fellowship, Nicole will write two works for different instrumental combinations and hold a public workshop of at least one of the those works. She will also have mentoring sessions with Dr John Peterson, a Composition staff member from the UNSW School of the Arts & Media.

Having recently finished her PhD, Nicole is forming her creative practice, which is a combination of teaching and composing.

“It’s trying to find that balance and make sure the scales don’t tip one way or the other. This fellowship gives me the chance to spend more time on the composing side.”

Nicole says every composition depends on finding something new to say in an expressive way that interests the audience and is a combination of challenge and reward for the performers. She takes a lot of her inspiration from other artforms – “some beautifully written text or really fantastic artwork”.

“The challenge for this Fellowship is that the standard of performers is so high, and they are such stalwarts in the industry. They have commissioned so much Australian music and collaborated with so many composers.

“We have such a thriving emerging composer community in Australia. There are so many composers worthy of an opportunity like this, so I feel really fortunate to work with these great musicians and to be more involved with UNSW.”